It’s been almost a decade since the groundbreaking game The Elder Scrolls V: Skyrim was released by Bethesda — and fans are beginning to feel frustrated with the glacial speed at which the company provides updates. However, a fan discovered an easter egg in the Starfield trailer that could point to The Elder Scrolls VI setting. And if they’re right, fans will have an adventure in High Rock and Hammerfell to look forward to. 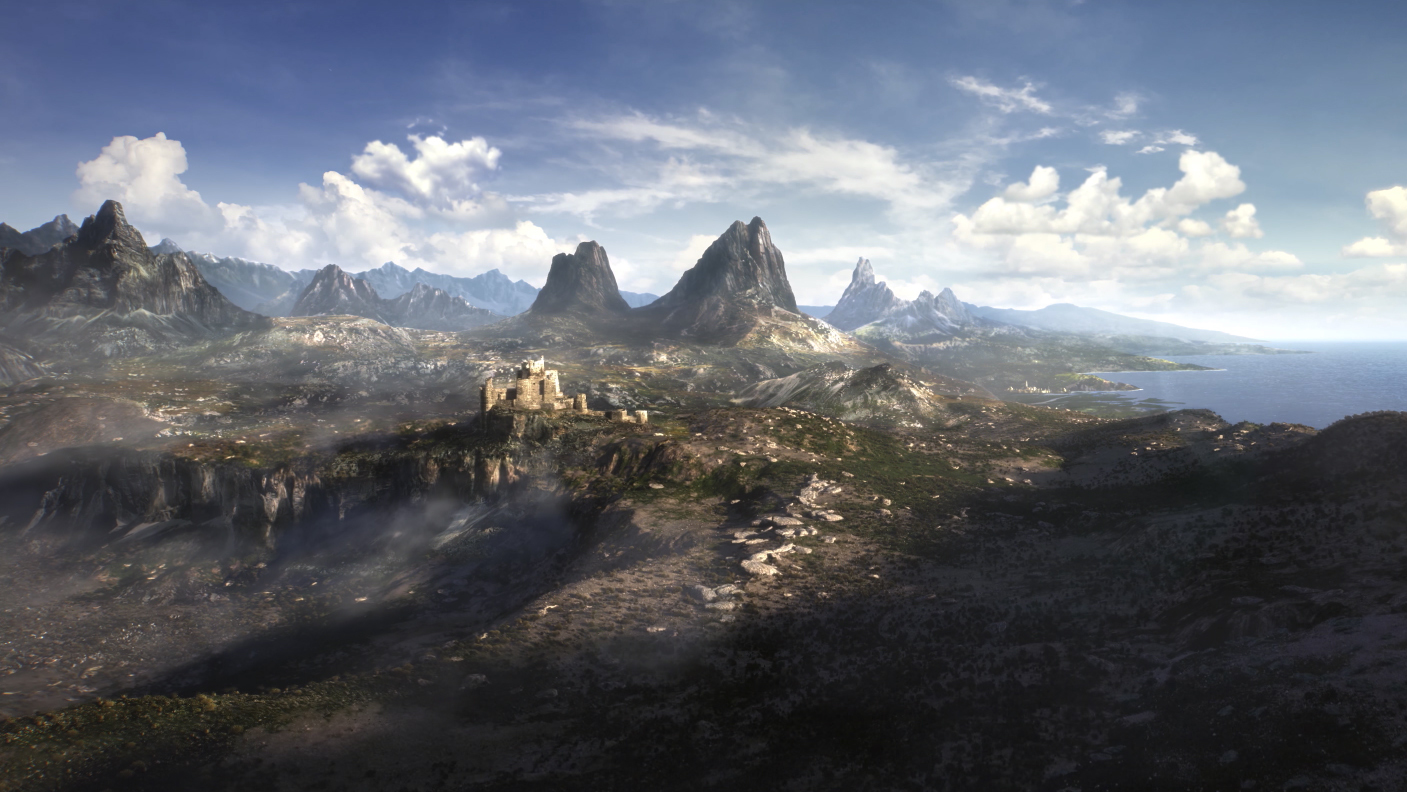 Bethesda’s current big project, Starfield, received some star billing during E3 2021. Bethesda released a trailer for the game, creating plenty of hype among fans of the company’s past works.

They then compared it to a map of Tamriel that included specifically High Rock and Hammerfell, noting a similarity between the two shapes. This would dovetail with other hints from Bethesda that have fans thinking The Elder Scrolls VI location is in High Rock or Hammerfell, or both.

Bethesda themselves have provided little additional information about the game since a thirty second trailer released in 2018 that shows grassy landscape and some rocks. They have made it clear that The Elder Scrolls VI will not see release until after Starfield, however.

The Redguard and Hammerfell have fascinating lore

The Redguard and Hammerfell would be especially interesting places to explore in terms of The Elder Scrolls lore. This is in part because of the Redguard’s fascinating history of political intrigue, fractious civil war, and continental destruction.

The Redguards are originally from an island nation called Yokuda. They lived there in constant conflict with a race of Mer called “the lefthanded elves,” who they eventually drove to seeming extinction. The Redguard leaders of the time even fought small battles over the right to lead the Redguard into battle against these elves.

However, the Yokudans also had a history of larger-scale civil war, typically revolving around classes and a group of warrior-poets called sword-singers. These swordsingers were by turn venerated and hunted by various Yokudan rulers, trying to unite or fractionalize the population as they saw fit.

Eventually, a ruler named Emperor Hira attempted to ensure complete dominance over Yokuda by eliminating the sword-singers, who posed a popular grassroots threat against his governance. The sword-singers crushed the emperor and began a diaspora to Hammerfell called the Ra Gada. In Hammerfell, the Redguards eliminated the Nedic people and fought to maintain independence from the growing Empire.

Not long after the Ra Gada, Yokuda sank into the waves. It remains up to debate whether this was the result of natural causes, or perhaps due to a band of sword-singers named the Hiradirge. The Hiradirge were defeated during a civil war, and may have enacted revenge upon the entire continent of Yokuda by utilizing forbidden “stone magic” sword-singing techniques to cause a tectonic cataclysm, sinking the continent altogether.

However, there’s also lore that suggests the Hiradirge may have utilized a method called the Pankratosword that allows them to literally split atoms, possibly destroying Yokuda in what is essentially a nuclear explosion.

Fans have mixed reactions to the possible easter egg

The Elder Scrolls fans have had mixed reactions to the etched shape. Some feel sure that it’s an indication for a High Rock and/or Hammerfell locale for The Elder Scrolls VI setting. Others aren’t so sure, and think the map doesn’t line up.

“I was fully prepared to discredit this but I honest to God think this is legit. Is there anywhere else you see a marking even resembling this ‘scuff’? I just went basically frame by frame through the trailer and that has to be intentional. It literally looks like it was doodled in after making the trailer, it doesn’t match anything else,” replied another.

“I see a lot of people saying it’s chipped paint or a blob and I’m like really? It’s way too distinct of a shape to not be the map,” suggested another fan.

Hopefully we’ll receive new information soon, but given the lack of details at E3, fans probably shouldn’t hold their breath.