Follow in the footsteps of royalty! An exclusive tour of the Bath flat where King George’s wife Charlotte lived – and it could be yours for £1.25million

Royal fans are being offered a chance to see what it was like to live like a queen in the past, as part of the Bath home of King George III’s wife, Charlotte, has come onto the market.

The building at 93 Sydney Place was where Queen Charlotte stayed when she spent time in Bath in 1871, and she used a section of the first floor as a ballroom.

Today, the entire first floor has been transformed into a stunning flat, which is currently for sale with a price tag of £1.25million. Period features that have been brought back to life in the renovated flat include a large curved door, ornate cornicing and a magnificent sun room. 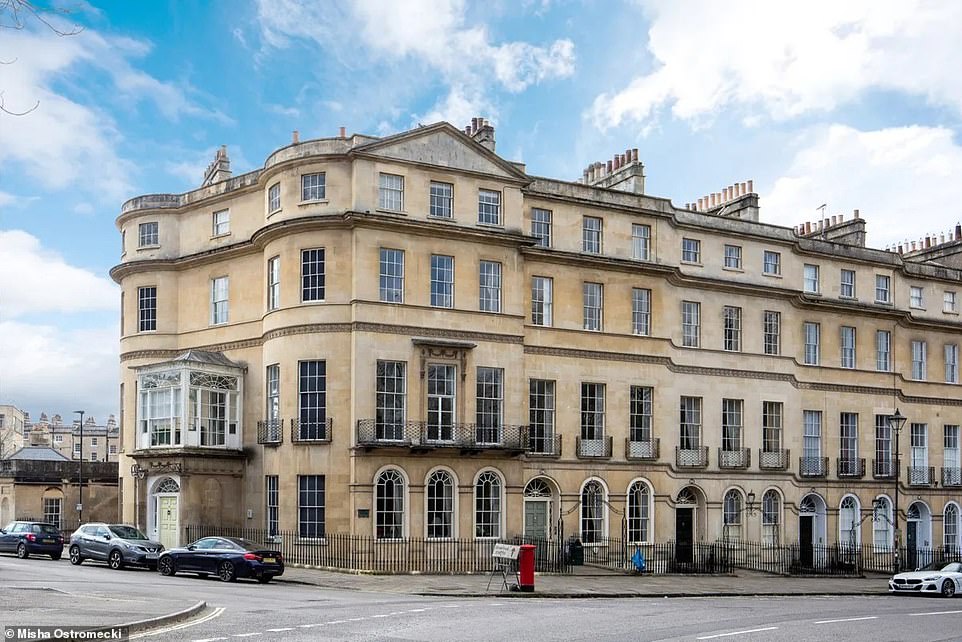 Royal connections: The building at 93 Sydney Place was where King George III’s wife, Charlotte, stayed when she spent time in Bath in 1871

Alistair Heather, of Strutt & Parker – the estate agent handling the sale – said: ‘Queen Charlotte, consort to George III, lived at 93 Sydney Place in 1817, commemorated by a plaque on the exterior of the building, and is believed to have used the first floor as a ballroom during her stay.’

He added: ‘Bath has a great lineage of royal visitors over the years and it was very fashionable at the time of Queen Charlotte to come and stay in the city to use the Bath Spa.’ 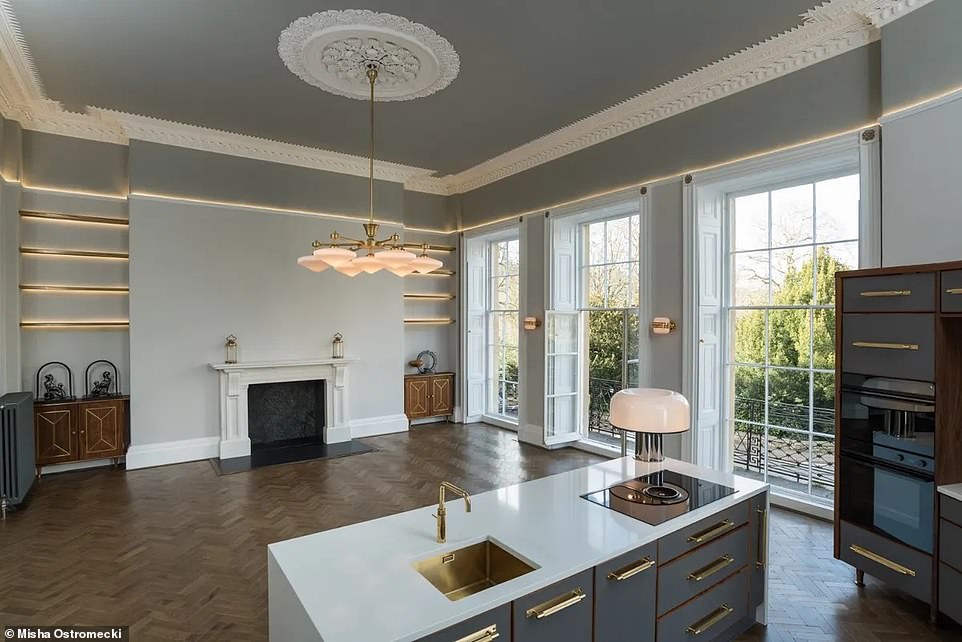 The first floor of 93 Sydney Place has been converted into a flat, which is on the market, via estate agents Strutt & Parker with an asking price  of £1.25million 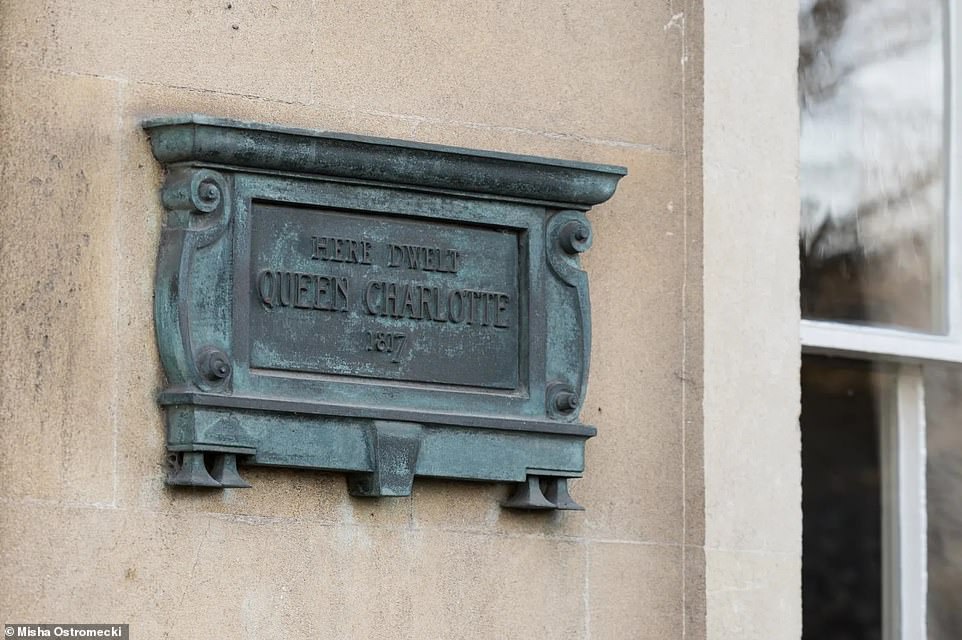 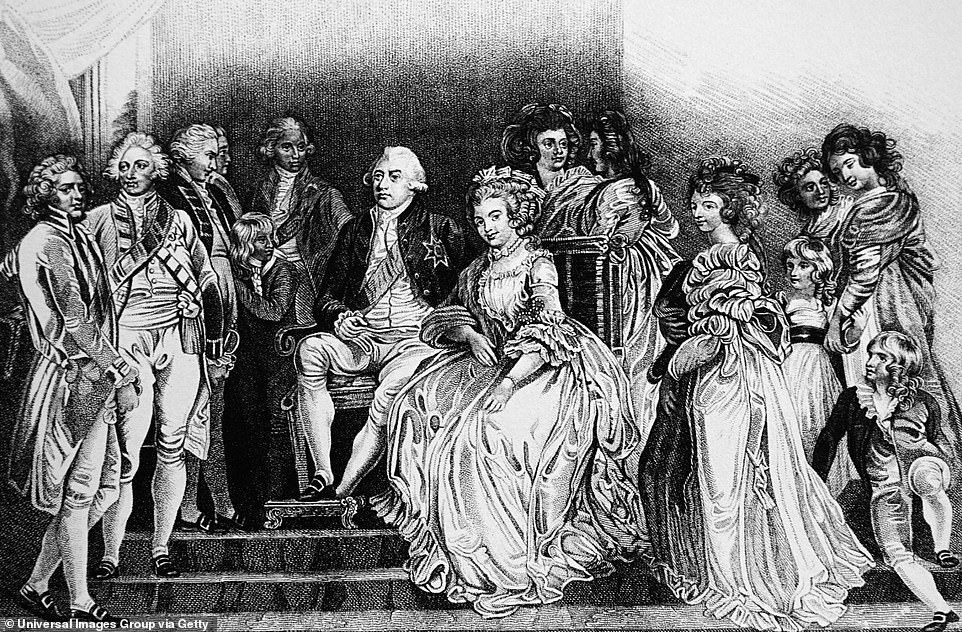 In times past (pictured): King George III and his wife, with his consort Charlotte Sophia, and some of their family 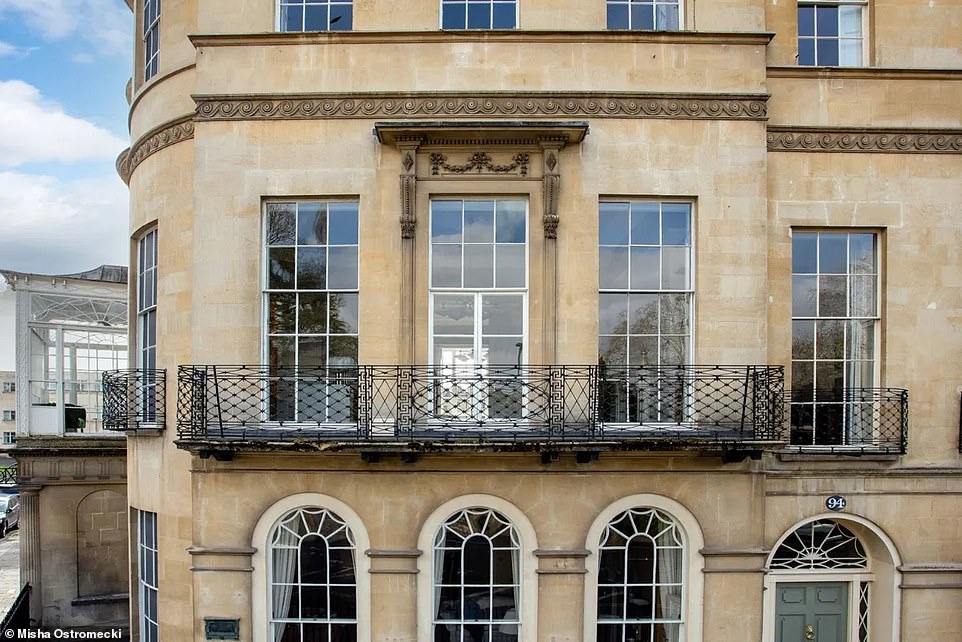 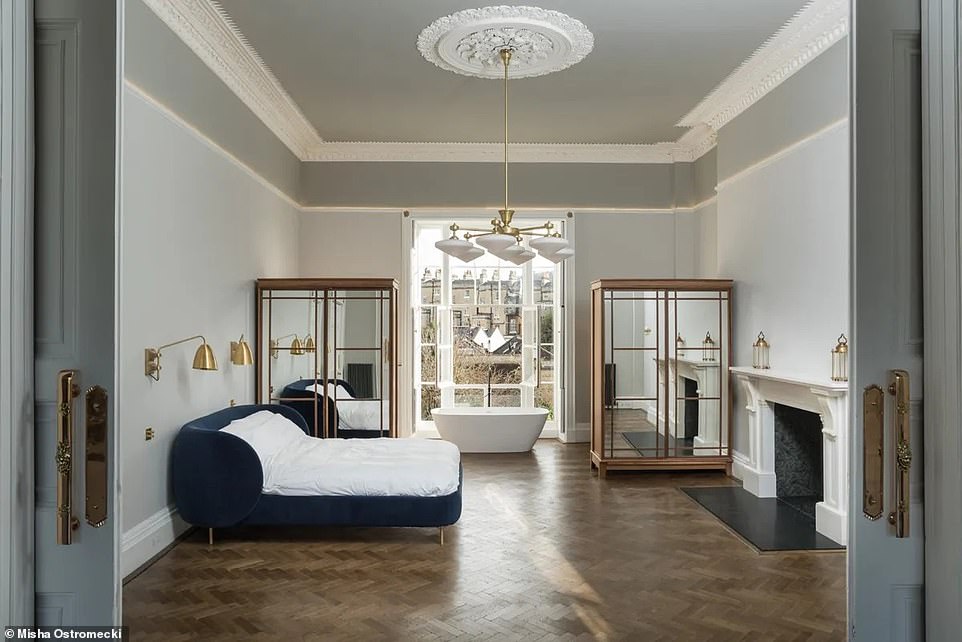 The flat boasts a range of features, from a sun room to 10 foot high wedding doors, which connect the main living room with the main bedroom. The doors can still be opened fully to create a dramatic front-to-back aspect through the property.

There are also three bespoke chandeliers, which help to draw the eye to the ornate cornicing throughout the flat.

During our exclusive tour of the flat, Mr Heather explained: ‘The property is Grade I listed and recently renovated. The decorators only had to remove two layers of paint. The ceiling and cornice work is so fine.’

There are now two-bedrooms in the newly renovated flat, one behind the 10 ft wedding doors and the other in what used to be a kitchen. That room now has a mezzanine with space for a bed on the upper level and a fully-fitted shower room below. 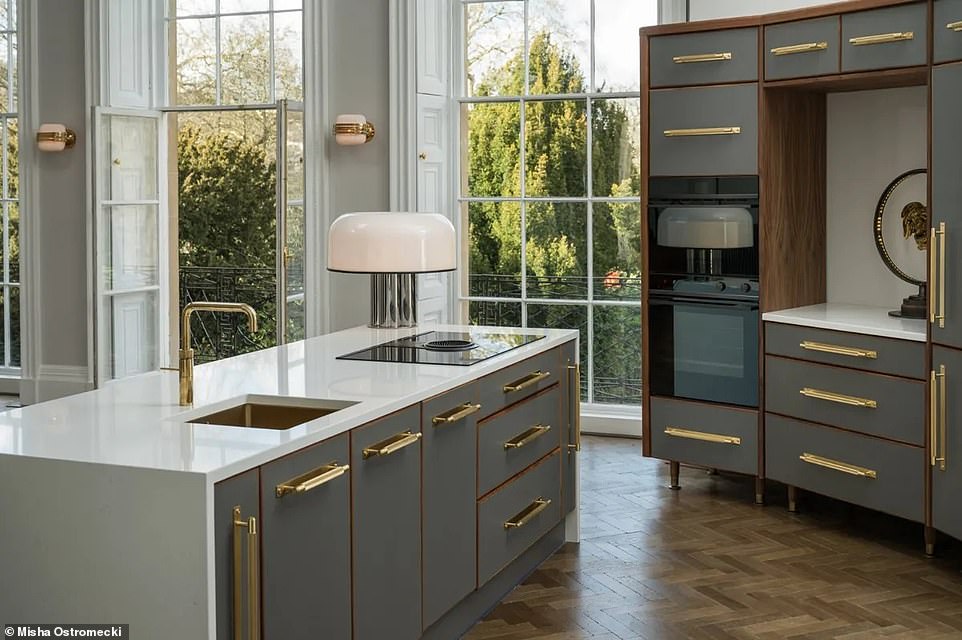 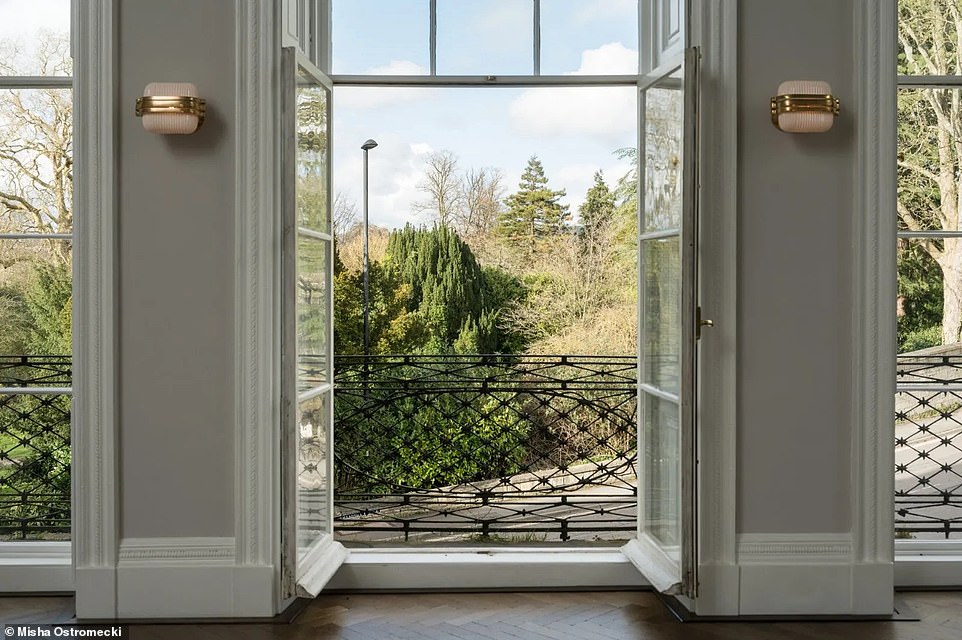 The balcony spans the width of the living room and enjoys views of Sydney Gardens, which is a landscaped park with a canal 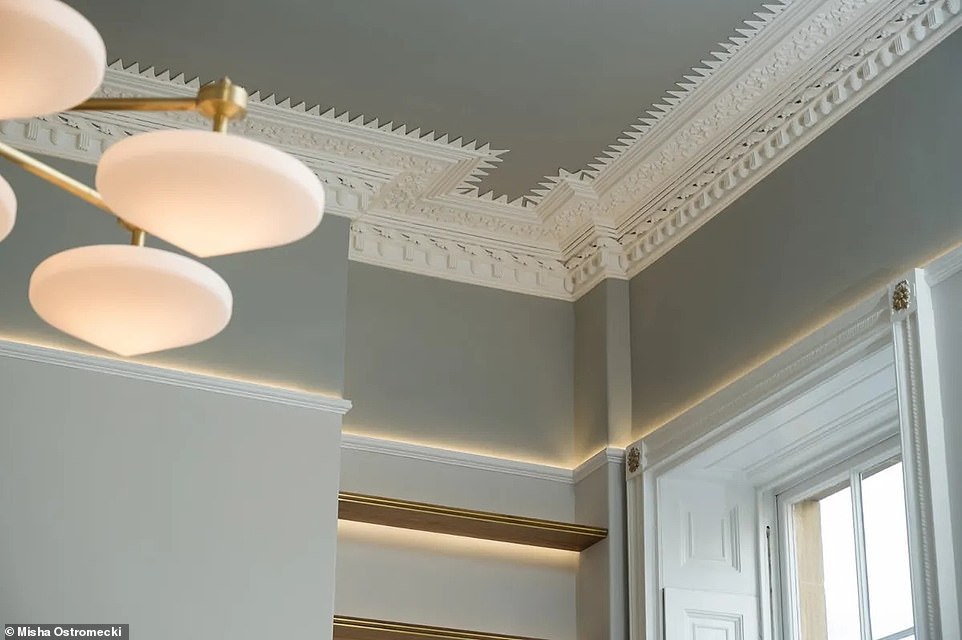 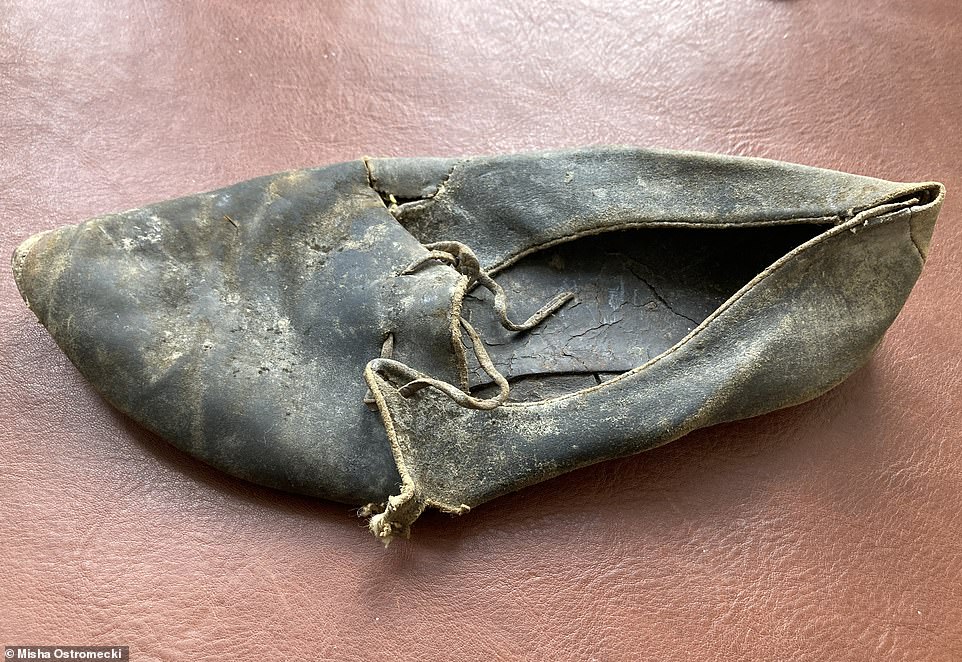 The new kitchen is now part of the main living area, which includes a large fireplace, a balcony with views across Sydney Gardens and new lighting.

Mr Heather said: ‘Due to the historical status of the building being Grade I listed, rewiring the property was very tricky.

‘The electrician used a rather ingenious way of running the wires from the switches to the chandeliers by tying the electrical wire to the end of a ferret’s tail. They then sent the ferret through into the wall using bait through the ceiling to bring it back through. In doing so, it brought the wires through.

‘While they were doing this work in the ‘ballroom’, the ferret emerged with a bit of bonus – a Georgian shoe found between the joists.

‘Georgian shoes were often left in a building like this as a piece of history and as a mark of craftsmanship.’ 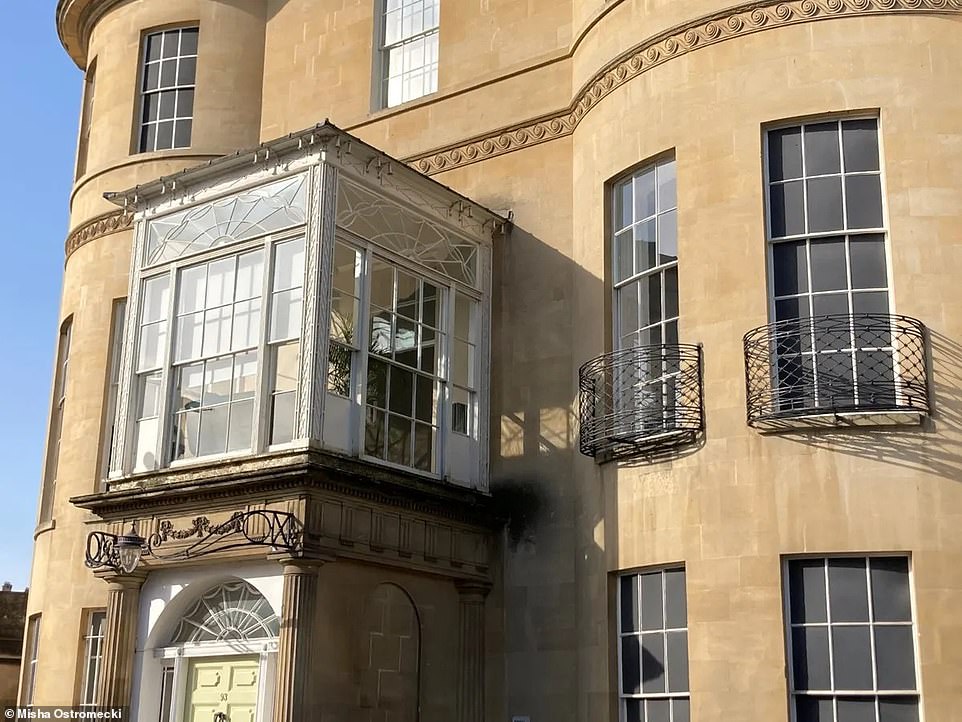 Sydney Place was designed and built by the architect John Pinch The Elder, and was considered the centre of fashionable life in Bath 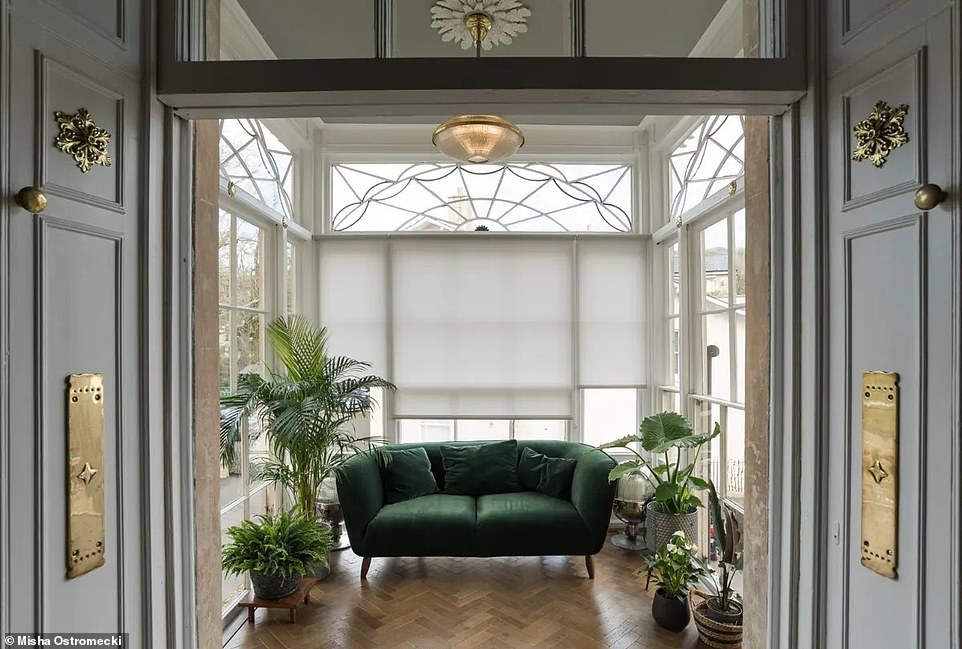 Sydney Place was designed and built by the architect John Pinch The Elder, and was considered the centre of fashionable life in Bath.

It was home in the 19th Century to Jane Austen, who lived at number 4, and King William IV had a home at 103 Sydney Place.

More recently, the location has found fame in the Netflix series Bridgerton, which was mainly filmed in Bath, and one of the key locations is across the street – the Holburne Museum.

Sydney Place has good access to public transport, being a short walk to Bath Spa station, which has mainline railway services to London Paddington and Bristol Temple Meads. 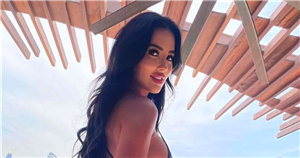