Face masks in UK: Are face masks mandatory in UK?

The debate around the use of face masks to stymie the spread of COVID-19 has been ongoing since the virus hit our shores earlier this year. Face masks are already compulsory on public transport throughout the UK, but are they now mandatory in other places such as shops, bars and restaurants?

Speculation has been rife in recent days over whether the Government is poised to make the wearing of face masks compulsory in shops in England.

Prime Minister Boris Johnson has now said evidence “has been growing” on the effectiveness of wearing masks in public spaces.

His admission comes after he fell under pressure to make the wearing of face coverings mandatory in England in line with the more stringent guidelines in other parts of the UK.

“So I do think that in shops it is very important to wear a face covering.”

He added: “Face coverings are an extra insurance we can all use to stop it coming back, and stop it getting out of control again.” 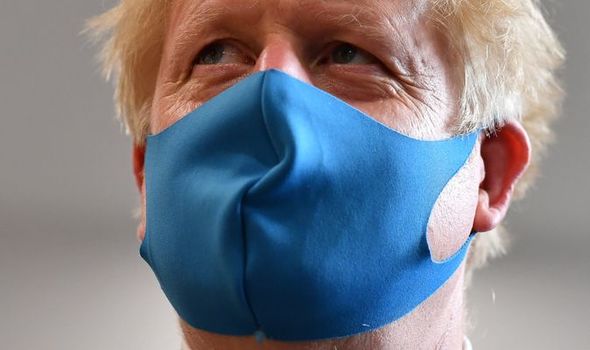 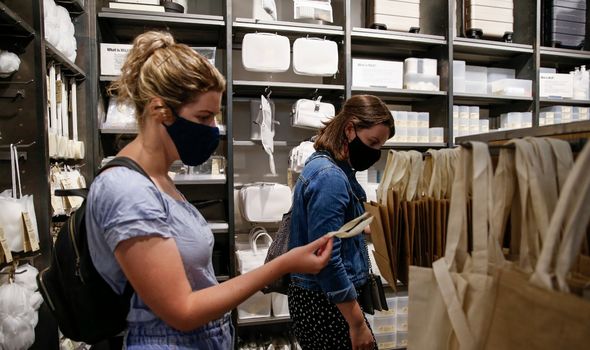 Are face masks mandatory in shops?

Currently face masks are not mandatory anywhere apart from on public transport in England.

However, it is currently looking set to change soon following the Prime Ministers comments.

In Scotland, it is now the law to wear a face mask, or other appropriate covering, when using a retail premises and on public transport. 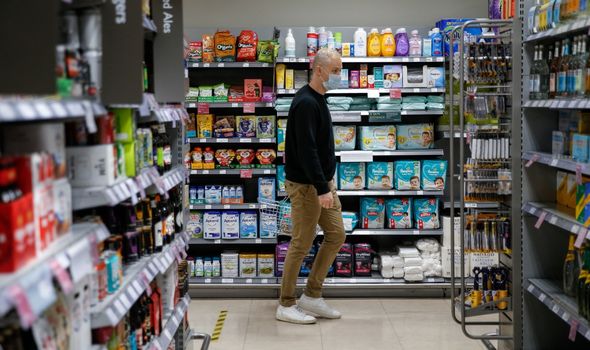 Face masks will become mandatory on public transport in Wales under a new rule later this month.

The First Minister, Mark Drakeford, said a face covering must be worn while travelling on buses, trains and taxis from July 27.

Northern Ireland has not made it compulsory to wear face masks in shops, however reports have emerged that the NI Executive is considering the move.

A spokesperson for Stormont’s Executive Office said it is monitoring the issue.

Like England, it is mandatory to wear a face mask on public transport in Northern Ireland.

In all four nations, wearing a mask is not applicable to those under 13 and anyone who cannot wear one for health reasons.

What about bars and restaurants?

Nowhere in the UK has currently made it compulsory to wear a face mask or covering in a bar or restaurant.

This would of course make it very difficult to eat and drink out.

The debate around the use of face masks has intensified as more sectors of society and industry reopen following strict lockdown.

The latest to be allowed to reopen includes gyms, nail bars, swimming pools, and tattoo parlours.

Mr Johnson made his latest appeals during a “People’s Prime Minister’s Questions” online chat with members of the public from Downing Street yesterday.

Asked about face coverings in the question-and-answer session, the Prime Minister said the balance of scientific opinion had shifted towards accepting the garments could help curb the spread of the virus. 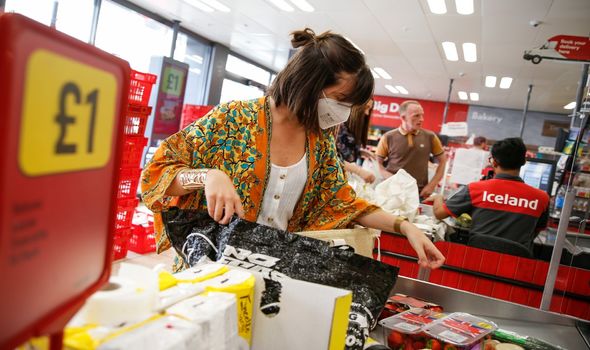 He added: “It’s very interesting because in places like China or Taiwan or Far Eastern countries they don’t actually have mandatory face coverings or masks. It’s just part of the way they do things.

“As we get the numbers down in the way that we have and we really stamp out local outbreaks I do think we need to be stricter in insisting that people wear face coverings in confined places where they are meeting people they don’t normally meet.

“That’s why it’s mandatory already on public transport and we’re looking at ways of making sure that people really do have face coverings shops where there is a risk of transmission.

“But the balance of scientific opinion seems to have shifted more in favour of them than it was and we’re very keen to follow that.”