Her girl-next-door looks and ultra-feminine wardrobe have helped cement her place as a bona fide style icon.

But Holly Willoughby ripped up the sartorial rule book this week when she wore a pair of edgy hiker boots on set this weekend.

The presenter, 37, won plaudits for her £255 black ‘Nanette’ boots from heritage label Grenson which she wore for her first weekend in the Australian jungle as a host on I’m a Celebrity.

A spokesperson for Grenson told MailOnline that they Nanette boots are currently out of stock but will be available again in around two weeks’ time. 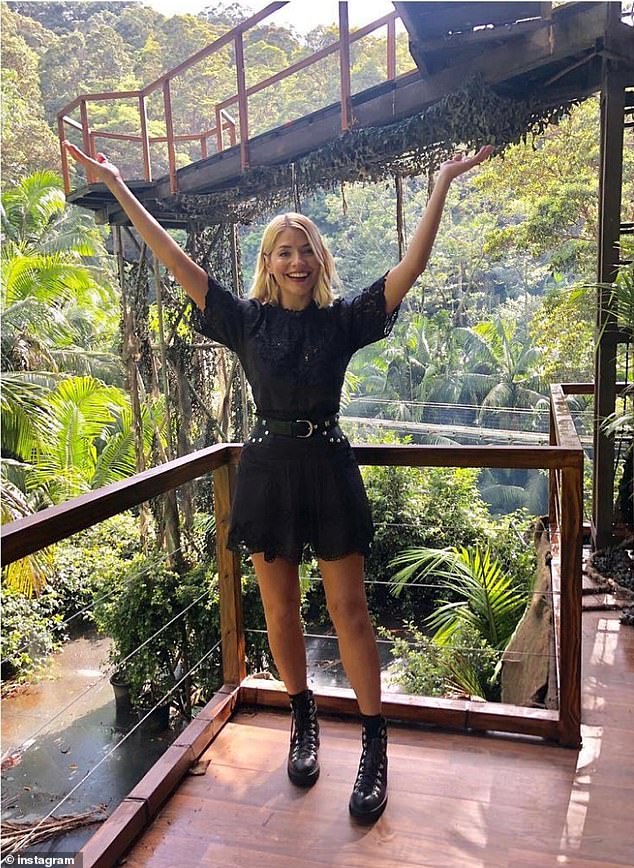 Holly Willoughby makes her jungle debut in a pair of £255 hiking boots from heritage brand Grenson. A spokesperson told MailOnline that they Nanette boots are currently out of stock

After sharing her outfit details on Instagram on Sunday, mother-of-three Holly was flooded with hundreds of comments from fans demanding to know where they could find a pair for themselves.

Taking to Instagram this morning, one fan wrote: ‘I looooove the boots,’ while another penned: ‘You were amazing and looking fab! Loving the @grensonshoes.’

Another commented: ‘Loving the boots Holly you are rocking them well with the outfit!’

The outfits marks a dramatic departure for Holly, who normally favours pretty skirts and pastel hues.

Style guru: After sharing her outfit details on Instagram, mother-of-three Holly was flooded with hundreds of comments from fans demanding to know where they could find a pair 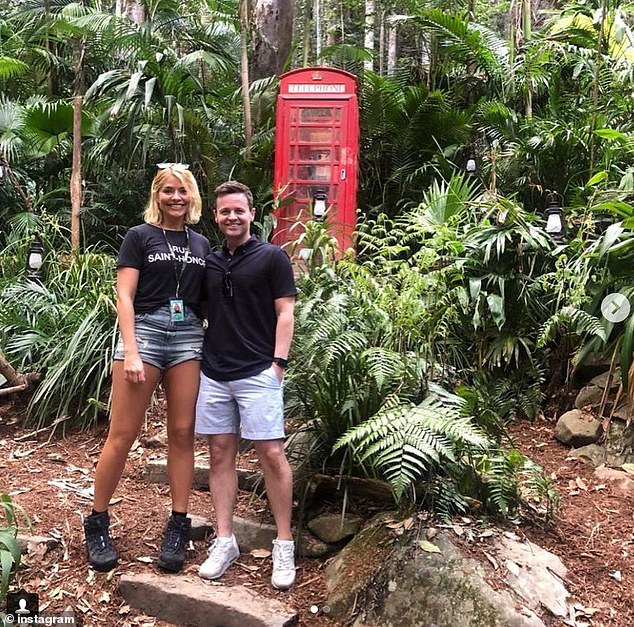 An earlier outfit as Holly joins Declan Donnelly on I’m A Celebrity this week in the Australian jungle. The presenter is stepping in for Ant McPartlin

Beloved by the likes of Hailey Bieber (Baldwin) and footballer Jesse Lingard, English shoe label Grenson was set up in Rushden, Northamptonshire in 1866.

With a string of presenting gigs, lucrative endorsement deals and her own production company, Holly has graduated from the beloved queen of daytime TV to a bona fide businesswoman in recent years.

In 2018 she snapped up another top job – as style ambassador to M&S – and is already receiving rave reviews for her debut collection.

It adds to a growing portfolio of posts which have made her the best-paid woman on British television.

She is currently standing in for Ant McPartlin as co-host on the latest series of I’m a Celebrity… Get Me Out of Here!