Paparazzi snapped pics of Bella sporting the accessory as she attended her sister Gigi Hadid’s 27th birthday party at Zero Bond in New York City on Saturday, April 23. The model used the elastic headband to push most of her straight, dark brown tresses back. She left a little hair out to cover some of her ears. Bella paired the headband with an edgy gray cutout suit vest from Vivienne Westwood, a matching gray pleated mini skirt, and black leather pointed knee-high boots.

The Y2K staple isn’t the only piece of nowstalgia Bella rocked for her big sister’s bday. She was also photographed holding a disposable Fujifilm camera. 📸 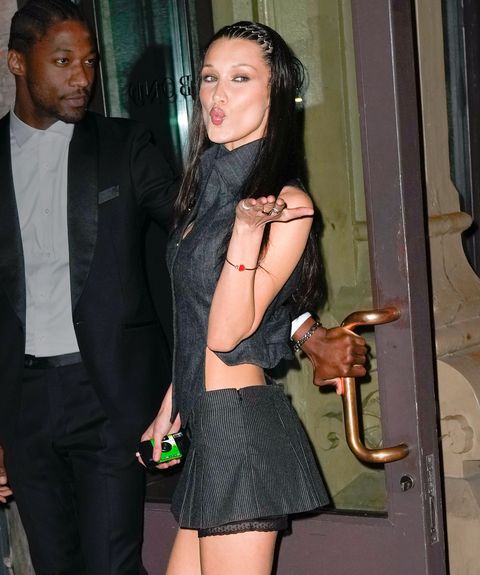 If you’re wondering where you’ve seen this headband recently, our go-to Euphoria fashion girlie, Alexa Demie, wore one as Maddy Perez during the premiere episode of Euphoria season two. 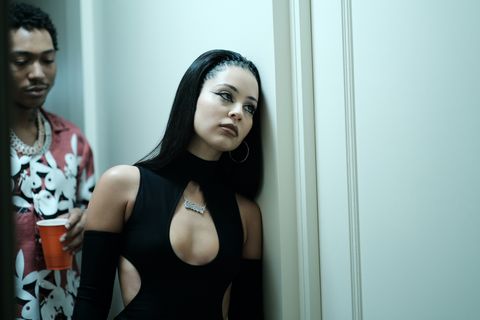 Shortly after embracing the headband trend, Bella switched up her hair. On Monday, she debuted a short, all-black pixie cut as part of a shoot for a Michael Kors campaign. While the model’s hair was drastically shorter, she kept the Y2K vibes on deck by securing her tresses with a big dark yellow hair clip.

Bella’s frequent tributes prove that Y2K fashion is here to stay. If you want to tap into this nowstalgic hair trend, be sure to check out these bbs while they’re still in stock.