Hilaria Baldwin breaks ankle while out on a run

Hilaria Baldwin has been forced to defend her fluctuating Spanish accent — and admitted that her name is “Hillary.”

The wife of Alec Baldwin took to Instagram Sunday morning after a Twitter storm erupted following a tweet which read: “You have to admire Hilaria Baldwin’s commitment to her decade long grift where she impersonates a Spanish person.”

Baldwin’s own bio on her agency’s speakers site states that she was born on the island of Mallorca, Spain, and raised in Boston. Her 2016 interview with Hola! magazine also stated: “Hilaria, who was born in Spain, has made certain to raise her children with her native language, Spanish.”

During TV appearances, she has spoken with a pronounced Spanish accent, and on one occasion during a cooking segment she even seemingly forgot the English word for “cucumber.”

However, the mother of five left fans confused when she broke out an American accent on Instagram last week to bemoan body-shaming after Amy Schumer comedically posted a photo of Baldwin wearing lingerie and holding her newborn son Eduardo Pau Lucas.

Internet sleuthing then alleged that Baldwin’s real name is actually Hillary Hayword-Thomas, and that she grew up in Massachusetts. Former classmates came forward as one tweeted: “I went to high school with her. Genuinely lovely person, I recall, but fully a white girl from Cambridge.”

Another said: “I went to high school with her. She was perfectly nice and serious about ballroom dancing. Her name was indeed Hillary Hayward-Thomas and she did not have her current accent.

“I believe she and her brother Jeremy (also nice) grew up in Boston and were white people.” 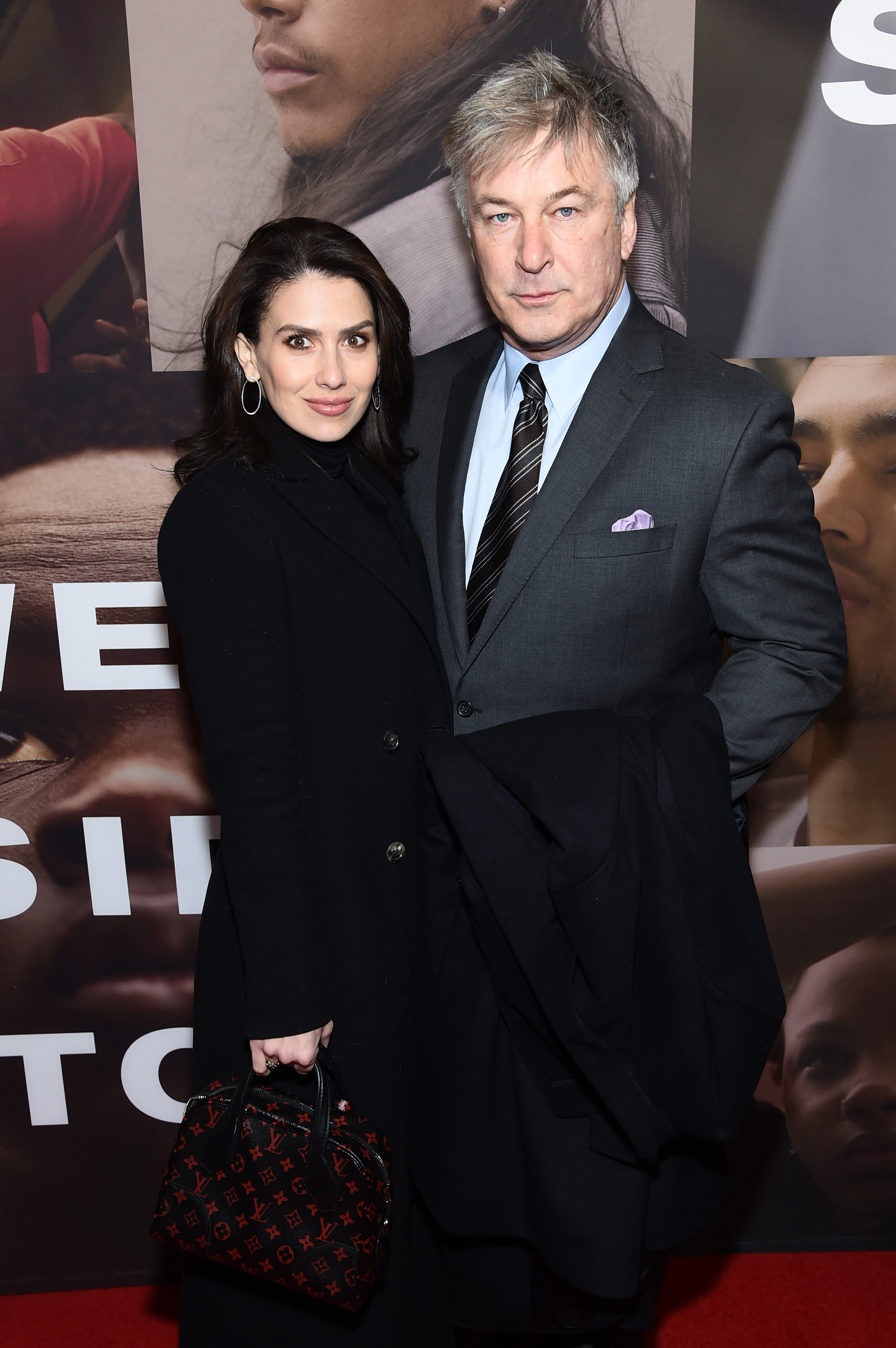 Although Baldwin is listed as an alum of the Cambridge School of Weston School in Weston, Massachusetts, in April, she told “Motherhood, Marriage & Miscarriages” that she moved to New York from Spain when she was 19 to attend NYU: “I came for school and I never, ever left.”

Asked if she would “ever want to move back” to Mallorca, she replied: “All the time.”

Baldwin’s parents, Dr. Kathryn Hayword and David Thomas, do live on Mallorca after having left the States in 2011.

The yoga teacher hit back on Sunday regarding her Spanish heritage via an Instagram video, in which she said: “There’s some stuff that needs to be clarified,” and, “There’s been some questions about where I’m born, I’m born in Boston … I spent some of my childhood in Boston, some of my childhood in Spain, my family, my brother, my parents, my nephew, everybody is over there in Spain now, I’m here.”

She said that she grew up speaking both English and Spanish and is trying to raise her kids bilingual.

Responding to questions about her accent, she said in the video: “I am that person, if I’ve been speaking a lot of Spanish, I tend to mix them or if I’m speaking a lot of English I mix that, it’s one of those things I’ve always been a bit insecure about.”

She said she tries to “enunciate” for work, but added that if she becomes “nervous or upset” she starts to mix the two languages. “It’s not something I’m playing at … I want that to be very, very clear,” she said.

Discussing her name, she said: “When I was growing up, in this country I would use the name Hillary, and in Spain I would use Hilaria and my family, my parents, call me Hilaria. She said that “it always bothered” her that neither name sounded good in both languages.

A few years before meeting her famous husband, she said she “consolidated” things as it became confusing, and that she uses the name Hilaria because that’s what her family calls her.

“One of the things I love about what my parents called me, it means happy in both languages, we can all be really clear that it’s the same name, it’s just a few letters different, we shouldn’t be so upset about it,” she said, adding: “Whatever you guys want to call me I will respond to both.”

She added: “Ultimately, this boils down to this idea where this is a country of a lot of different cultures and I think that we can be different parts of ourselves with different people,” and, “I am somebody who I feel really lucky that I grew up with two cultures, I grew up speaking two languages.”

She said: “Yes I am a white girl, my family is white … Europe has a lot of white people in them. Ethnically I am a mix of many, many things.” She also called herself a “different kind of Bostonian … you can’t change your background and nor would I want to … this is who I am, and this is my life story … it’s my weird mix of who I am.”

Baldwin later posted another Insta video, saying she will not apologize for living between two countries, having two cultures and speaking two languages — or spelling her name differently.

She clarified that her mother is not Spanish as other reports have previously stated.

“I’m getting attacked for being who I am…people wanting to label me Spanish or America, can’t it be both? It’s frustrating that is my story.”

Europe’s coronavirus curfews and lockdowns at a glance
Celebrities Posts