Hilarious translation fails prove you can’t trust everything you read

Lost in translation! Hilarious signs prove you can’t trust everything you read – including a notice telling motorists they SHOULD drink and drive

A language barrier is admittedly a tricky thing, so it’s certainly wonderful for English-speaking tourists when businesses translate signs, menus and labels.

However, some of the outlets featured in a new Go Social gallery of snaps from around the world might well drive customers away with attempts at translation that have gone hilariously wrong.

Many of the mishaps seem to arise from translating different types of Chinese into English, with one road sign alarmingly urging motorists to ‘do drunken driving’.

A packet of instant ramen unwittingly insulted prospective buyers with its ‘soup for sluts’ branding, while a ‘Racist Park’ may have attracted all the wrong sort of clientele.

From a cleaning sign warning that an execution is in progress to a dish called ‘German type sexual harassment’ these hilarious fails prove why it’s always worth paying a translator who knows what they’re doing. 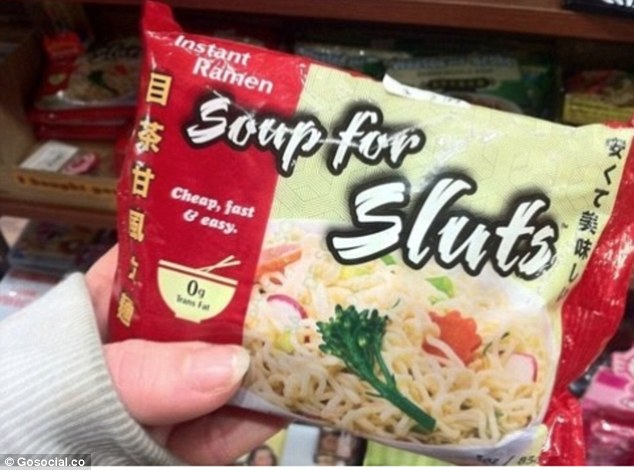 Instant noodles make for quick and handy meal, but you might be embarrassed to take this packet to the till 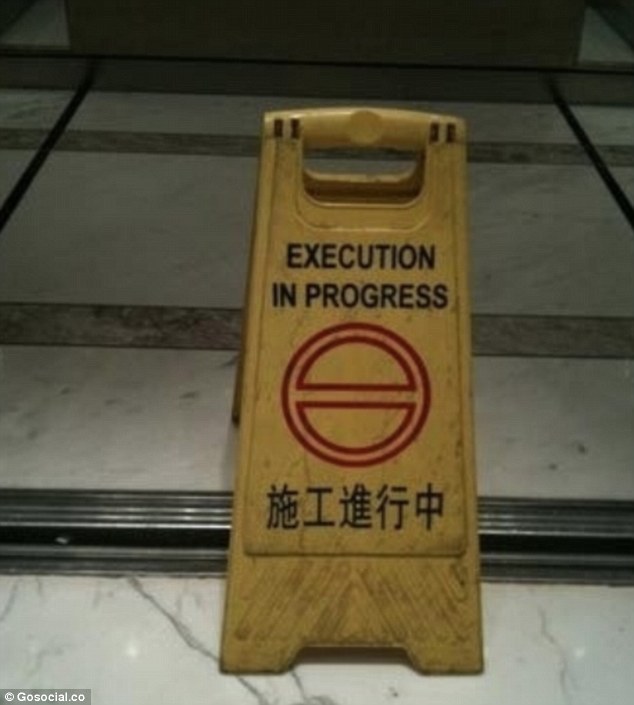 Run for your life! Things could go very wrong if you wander on to the site of the execution 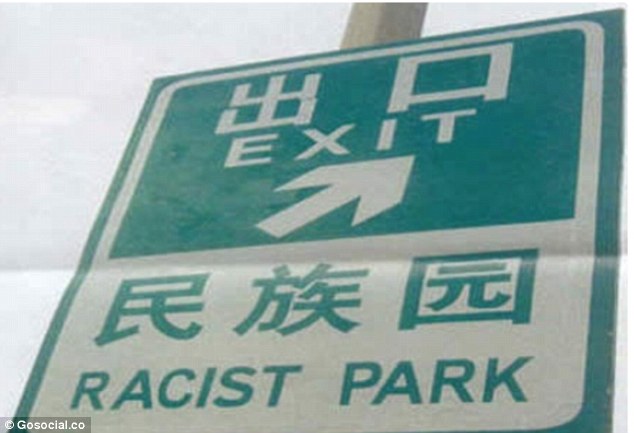 Not Harry Potter World! This supposed racist park might attract the wrong sort of clientele 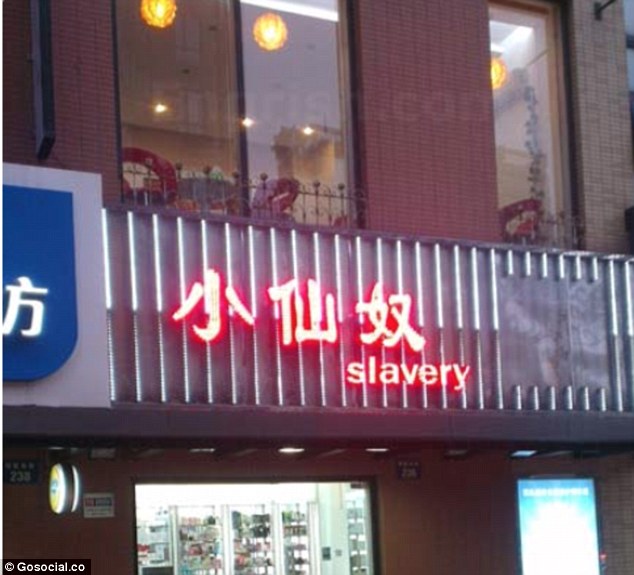 Rather than attracting customers, this slavery establishment might well have them running away 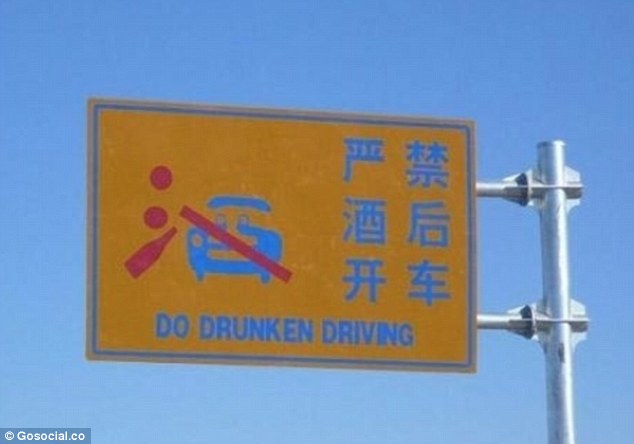 Put down that beer! No matter what the road signs say, there are times in life when you definitely shouldn’t follow them 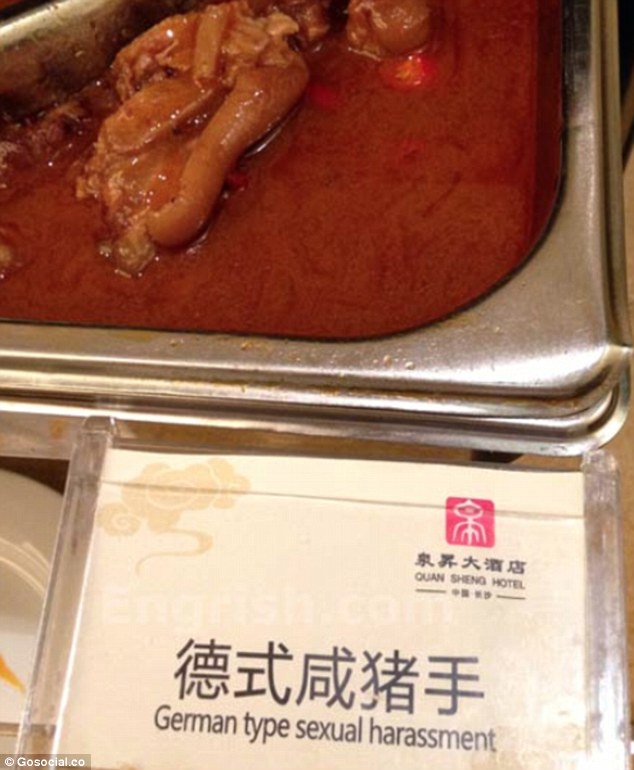 Leaves a bad taste! German type sexual harassment is probably not a popular dish at the  Quansheng Hotel in China 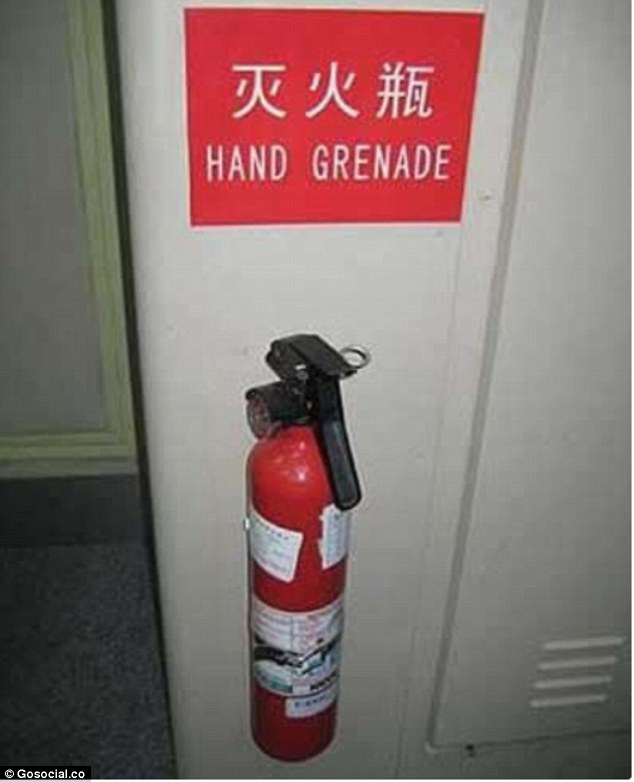 Danger around every corner: Fire extinguishers are supposed to keep you safe, not double as a lethal weapon 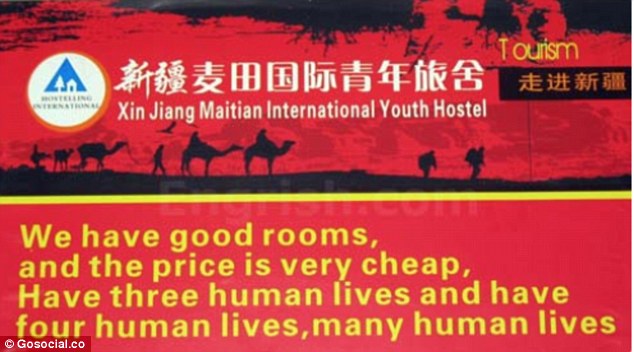 It all started so well! A good room at a cheap price is a tempting offer, but after that things get very confusing

Mixed messages! It looks like this sign could encourage good toilet etiquette – until it encourages urinating in a pool 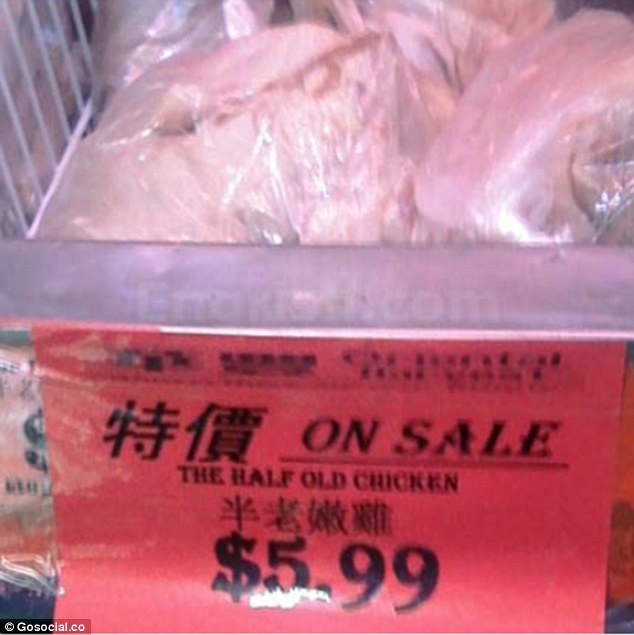 But which is the youthful side of this strangely named chicken? 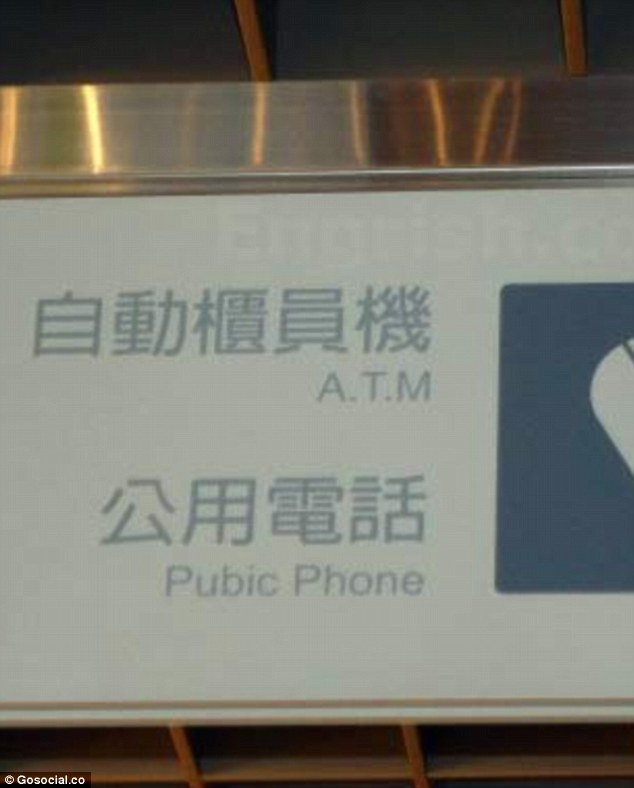 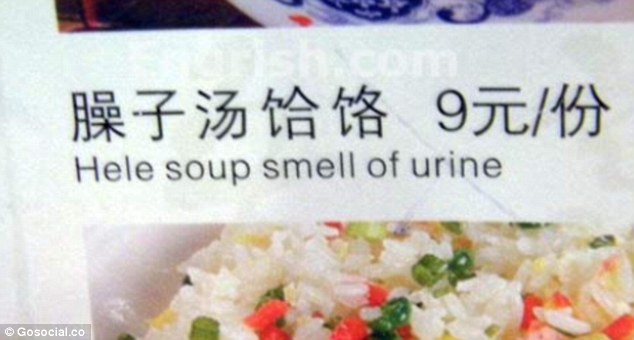 Lost your appetite? Even the thought of this soup is enough to put you off your food 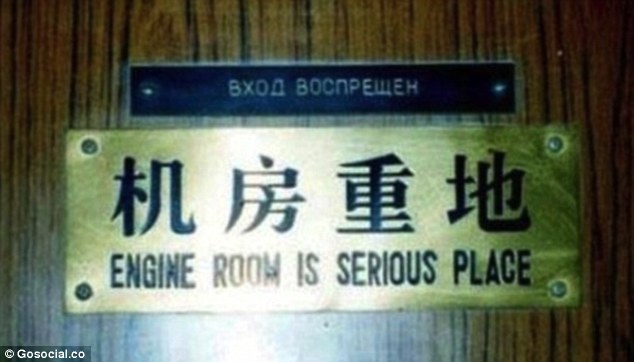