Hoarder, 71, who spends more in charity shops than on food

Hoarder, 71, who spends more in charity shops than on food and can’t get into some rooms in her house because of the clutter says letting go would feel like ‘the death of a family member’

A compulsive shopper who spends more in charity shops than on food and struggled to get into her bedroom because of the clutter has revealed how she’s ‘afraid’ to let things go because it would feel like a bereavement.

Joanne, 71, who lives in Wembley, North West London, allowed Only Human to document her treatment for extreme hoarding with psychotherapist Stelios Kiosses.

The collector who has difficulty entering many of the rooms in her three-bedroom house, invited fellow hoarder Tina, 44, from east London, into her home to show how compulsive shopping can escalate.

‘I would say I spend more on charity shops than I do food,’ Joanne said. 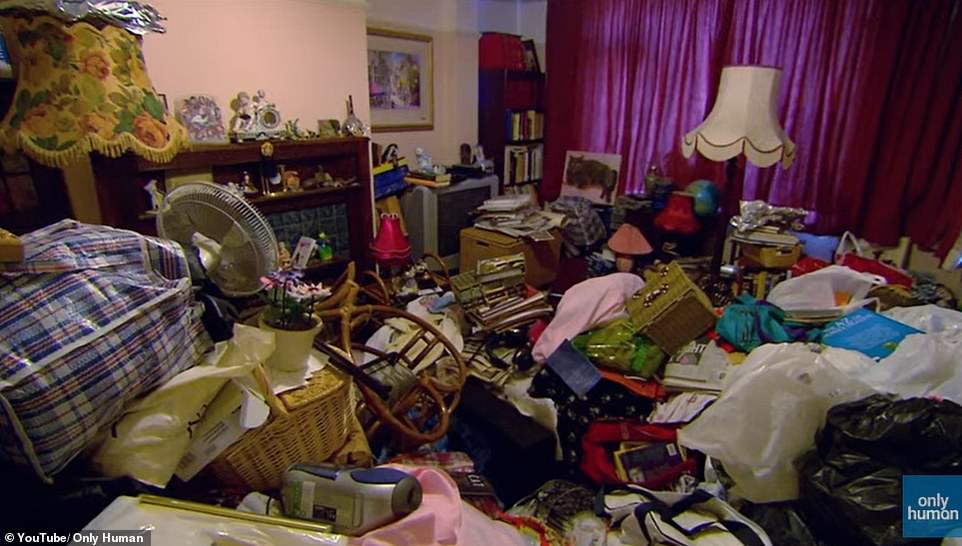 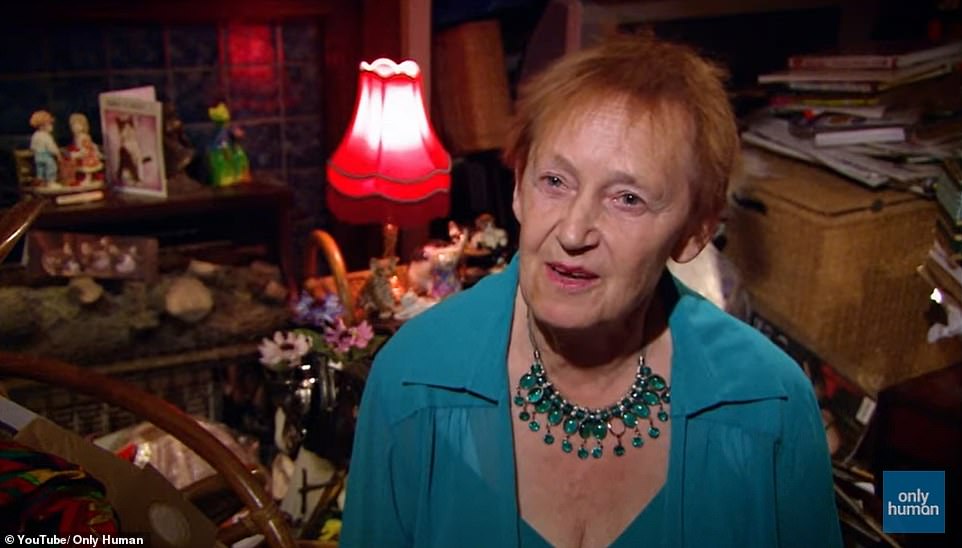 Joanne, 71, (pictured) who lives in Wembley, revealed she spends more on charity shops than on food, as she continues to fill her three-bedroom home with clutter

She explained that her collecting habits began after her grandmother left her the house when she died 35 years ago.

‘It was such a big thing, to be left this house and be able to cope on my own. That’s when the collecting started,’ Joanne said.

‘The rooms that I use are the kitchen, bathroom and bedroom. I sometimes have difficulty getting in the bedroom.’

Joanne revealed she’s addicted to buying from charity shops and has had to set herself a limit to spend no more than £20 a day.

‘The amount of books I have, I could open a book shop. I hardly ever leave charity shops without getting something.’ 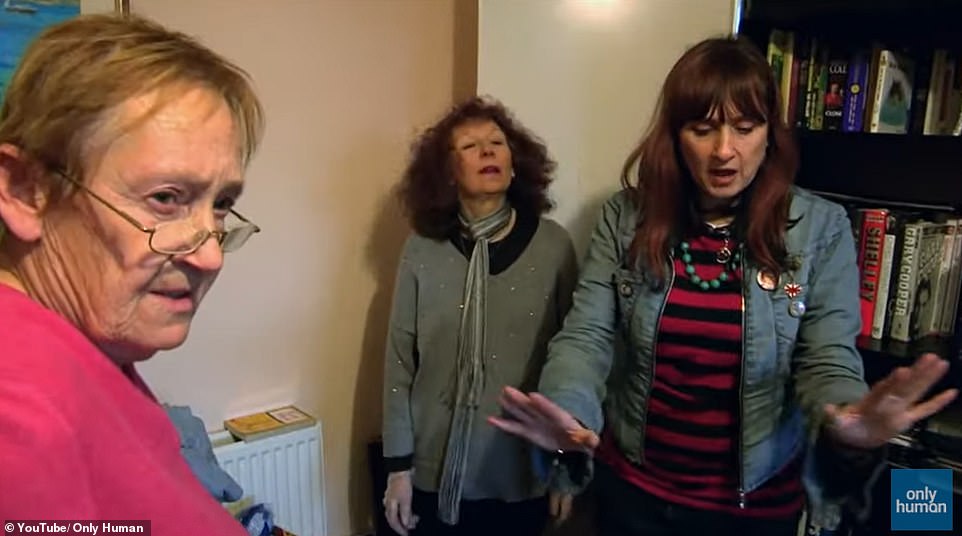 Tina, 44, from east London (pictured right) who has been hoarding since her teens, admitted she wants to treat her compulsive behaviour to avoid regrets in the future

Joanne revealed she wants to declutter her home, so that she can live comfortably and have guests.

Tina who has been hoarding since her early teens, added that she wants help for her compulsive behaviour to avoid the regret of not doing something about it in ten years time.

Stelios Kiosses brought the two together at a group cooking therapy in Birmingham, saying: ‘Cooking therapy is so important because it energizes the brain, where as stress and worry numbs it.

‘They can use the medium of food and cooking as a way of escaping from the constant turmoil that some of the clients think and feel, when they’re on their own.’ 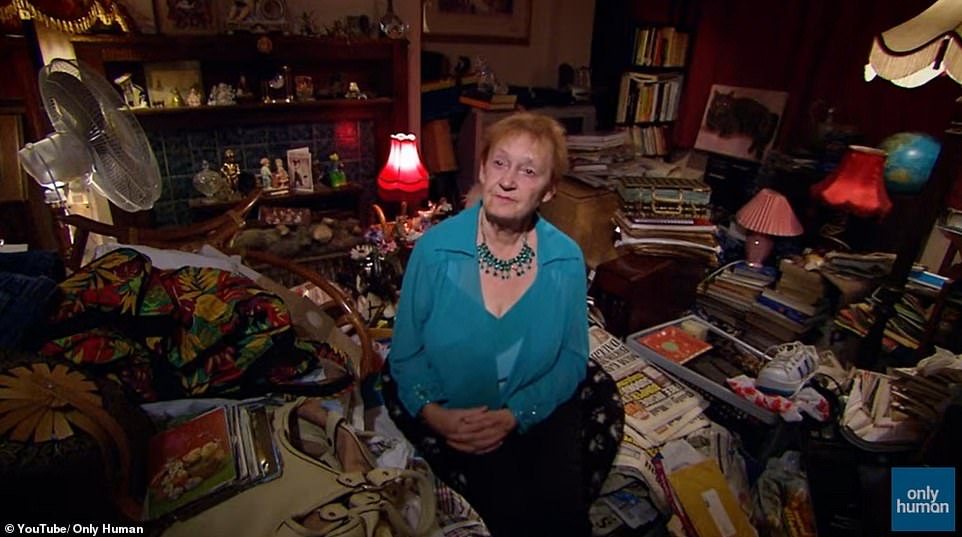 Psychotherapist Stelios Kiosses, said he wanted Tina to meet Joanne (pictured) to get an understanding of how her hoarding could escalate

He instructed the pair to attend with friends, however Tina chose to come alone.

The psychotherapist asked Joanne to share her hoarding with Tina because he believes she is a ‘mirror’ of what Tina could become.

Visibly emotional, Joanne said: ‘I’m afraid of letting go of things and memories. My parents, I lost them. I don’t want to lose my possessions. It would be like losing my parents again.’

Tina added: ‘One of the things I started to realise because I collect so much stuff, is it’s like they’ve replaced them [friends and family] because they’re not around my life at the moment.’

Joanne decided to begin sorting out her belongings after her meeting with Tina left her feeling motivated. 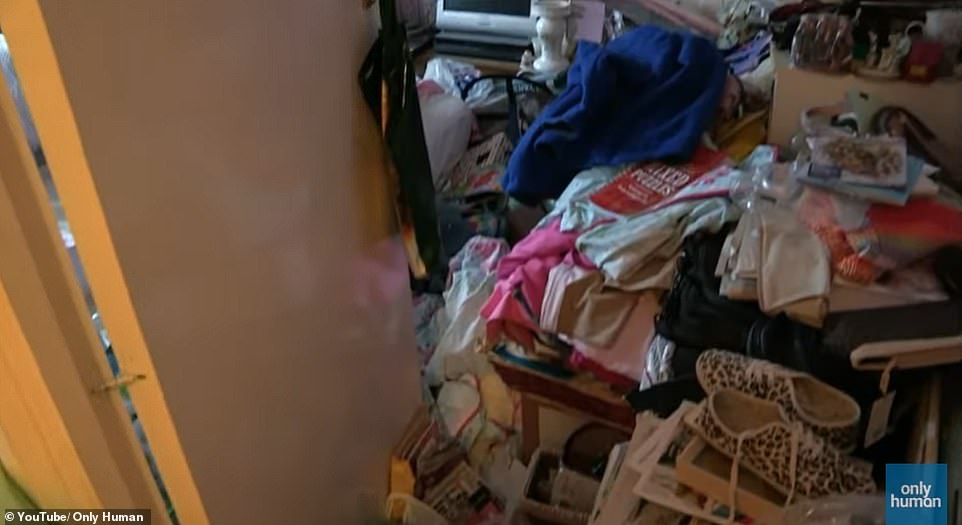 Friends that came to help admitted they had never been in her house before because Joanne previously put them off entering.

Crying, Joanne said: ‘I’m not use to having people and I get confused.’

She admitted she was eager to monitor what they were throwing away.

Tina advised Joanne to place some of her ornaments in a box to be able to see clearly and then decide at a later time what she wants to keep.

‘I couldn’t have done this without your help. You’ve done so much,’ Joanne said.

‘You’ve given me encouragement, incentive, everything. I’d like you to come again and maybe we can tackle the front room.

‘I wish I’d met Tina years ago, she’s been my saviour.’ 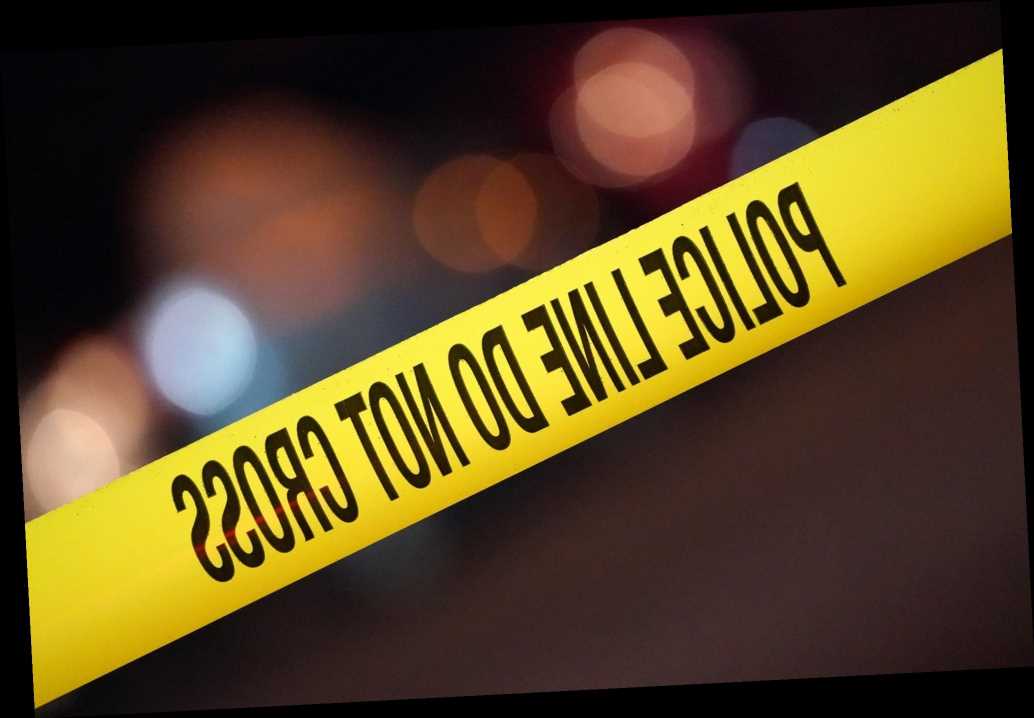