Holby City spoilers: Suicide horror as Cameron dies after setting off a bomb 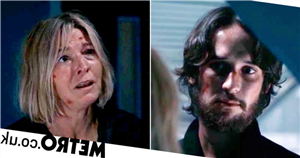 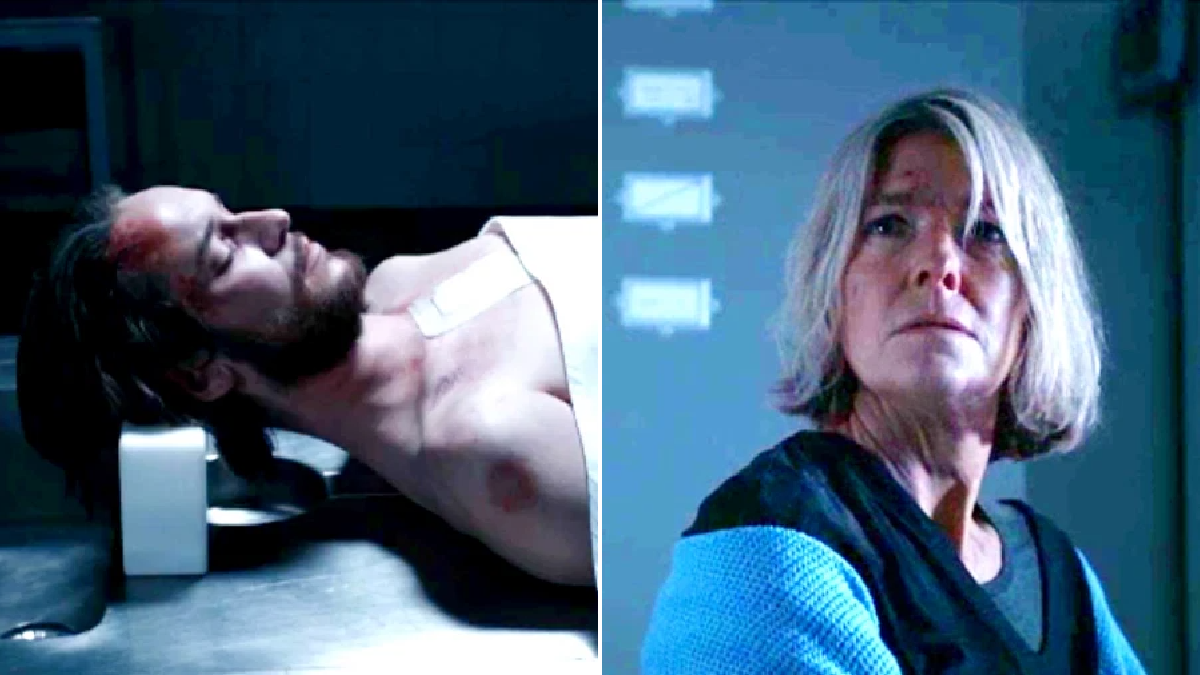 There was absolute carnage at the start of tonight’s Holby City, as Cameron Dunn (Nic Jackman)’s massive bomb exploded in the basement, tearing through AAU and leaving people trapped and injured.

‘Our aim is to get everyone out alive,’ Max (Jo Martin) briefed her staff at the beginning. Casualty regulars Dr Ethan Hardy (George Rainsford) and paramedic Iain Dean (Michael Stevenson) joined Jac (Rosie Marcel), Eli (Davood Ghadami), Sacha (Bob Barrett), Dominic (David Ames) and others in setting up a first aid point in the car park.

Meanwhile, in the operating theatre on AAU, Chloe (Amy Lennox) and Josh (Trieve Blackwood-Cambridge) were left with the fate of Ange (Dawn Steele) and her unborn twins in their hands, as Ange had developed a serious bleed during a procedure just before the bomb went off. Chloe had no choice but to deliver her unborn siblings herself as anxious dad Josh did what he could to help.

Also trapped on AAU were Cameron and Bernie (Jemma Redgrave), who miraculously survived the blast. Cameron was not best pleased that he was still alive, as his plan had been to die rather than go back to prison. As Bernie worked to free him from the bed he was handcuffed to, we saw him pocket a scalpel – was it for him, or for the mother he felt had abandoned him for most of his life?

Henrik Hanssen (Guy Henry) was lying injured in the basement, having been closest to the bomb when it went off. And Lucky Simpson (Vineeta Rishi) was unconscious, suffering from the head wound inflicted by Jeni (Debra Stephenson) and a large glass paperweight.

By the end of the episode, Max’s aim to get everyone out alive had almost been achieved. Hanssen had been found just in time and was found to have no serious injuries. Chloe and Josh delivered Ange’s babies safely and stopped Ange’s bleeding. Lucky Simpson, however, may not have been so lucky. She’s still alive but only barely, but at least she had the presence of mind to send Fletch (Alex Walkinshaw) the incriminating photos she took of all the passports belonging to Jeni’s ‘girls’ that she keeps in her desk.

Cameron Dunn, however, is dead. Bernie insisted on staying with him and freeing him from the bed, and used the time to try to persuade him that he could have a future and perhaps get to know his (and Nicky’s) daughter. As she found a way out, Cameron insisted that she go first. ‘All I ever wanted was to make you proud’ he told her. ‘Are you proud of me?’ Obviously this was a tough one to answer, so she didn’t. ‘Just remember I saved you,’ he told her, pushing her backwards to safety as the ceiling collapsed on him.

Deluded to the very last, he’d saved her life after putting her life at risk with a bomb he’d planted. But Bernie was absolutely grief stricken and howled with her loss. Later, despite Hanssen offering her a job, she told him she plans to go back to Serena in Spain.

So Cameron’s reign of terror is finally over, and it looks as though Jeni’s evil sideline might be over too, now that Fletch has the photographs Lucky took. What will he do with this new information?

Endings for some, new beginnings for others. As her new brother and sister were welcomed into the world, Chloe announced that she’s leaving Holby to take up a job in Switzerland. And in the middle of all the chaos and panic, Louis told Kylie not to run back into a dangerous situation in the hospital because he loves her.