Holly Willoughby's bum is slapped in a resurfaced clip

‘Couldn’t do that now without an Ofcom complaint’: TikTok viewers left speechless by clip of Holly Willoughby being slapped on the bottom by co-host Brian Dowling on children’s TV show

A clip of Holly Willoughby being smacked on the bottom during a Saturday morning children’s TV show has left TikTok users shocked after it resurfaced on the video sharing site.

The TikTok clip shows the 40-year-old presenting Ministry of Mayhem alongside Brian Dowling, which aired between 2004 and 2006, meaning Holly would have been in her 20s at the time of the broadcast.

In the footage, Brian is seen smacking Holly on the bottom and making a joke about her ‘tight’ posterior.

The Irish presenter shot to game after winning the second series of Big Brother and is married to husband Arthur Gourounlian, who he wed in 2015.

Shocked social media users claimed that the gesture would not go down well in the present day, with one writing: ‘Couldn’t do that now without Ofcom getting a complaint or two’

Another added: ‘Imagine if he did that now… career over.’

A third added: ‘Wouldn’t get away with that these days’ 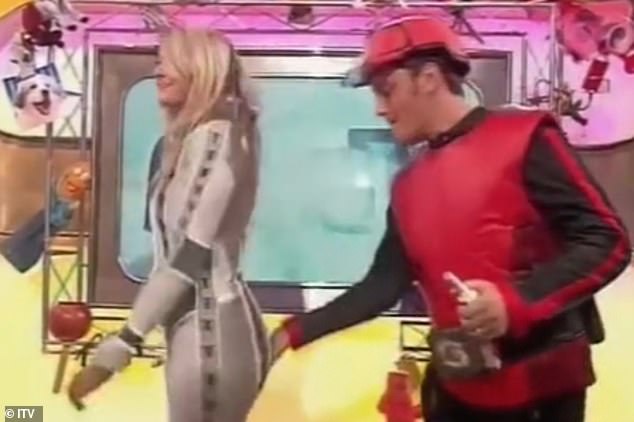 Social media users were also quick to gush that they enjoyed watching Holly in the show, which she last hosted over 15 years ago.

‘God I used to watch this just for Holly. Lots and lots of outfits,’ one wrote.

The clip shows Holly introducing the upcoming segment, saying: ‘The next part of Captain Scarlet is coming up really soon.’

She then turned towards Brian, who was dressed as Captain Scarlet, and pushed his shoulder to make him turn around.

Brian then looked at the camera and slapped Holly’s bottom before she walked off screen, saying ‘OK’. 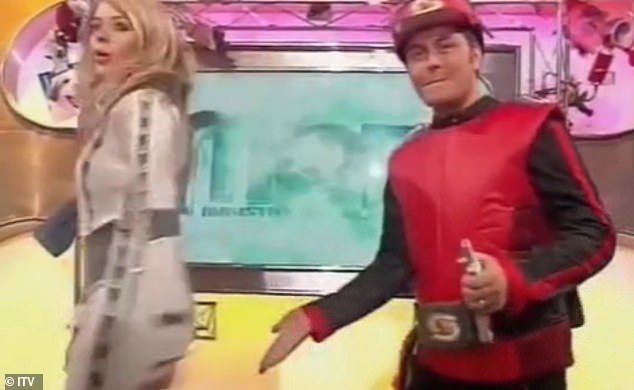 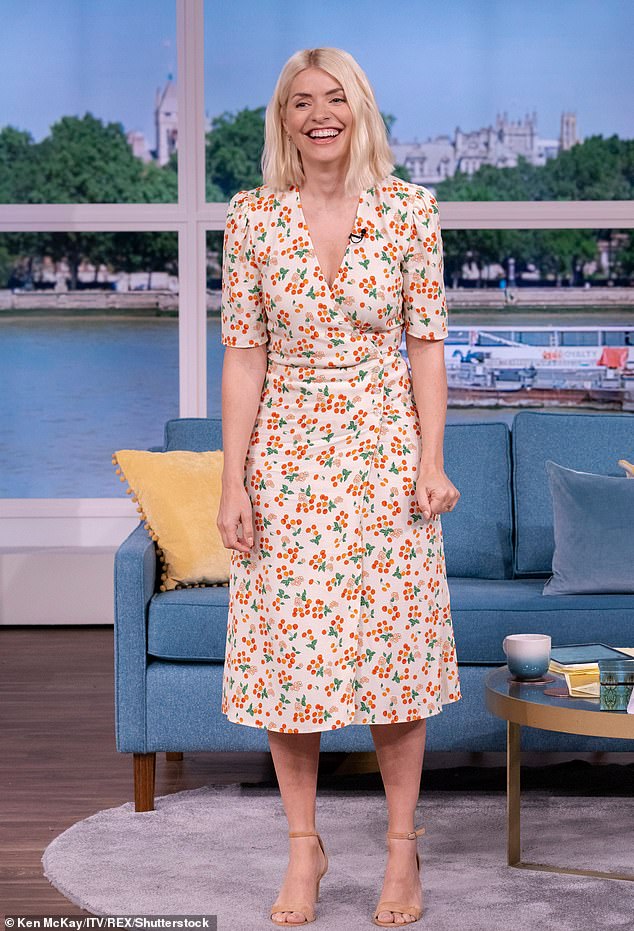 The resurfaced clip has racked up almost three million views, with many agreeing the scene would be viewed as inappropriate in a children’s show in 2021.

The This Morning presenter had other racy moments on the show including wearing a tiny swimsuit for a scene encouraging viewers to enter a prize giveaway, which then left her drenched when co-stars poured a bucket of water over her head.

She also suffered an ’embarrassing’ wardrobe malfunction when her breast was exposed while dancing in a strappy top.

Holly has since gone on to host many other family-friendly programmes including Dancing On Ice, Surprise Surprise and I’m a Celebrity.