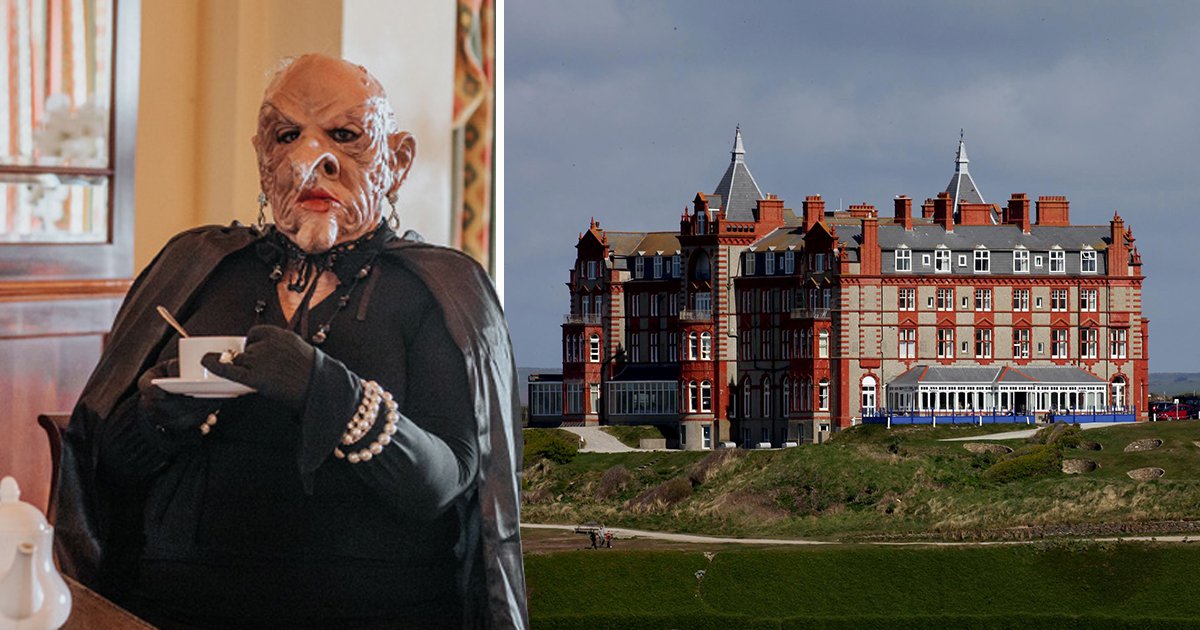 The Headland Hotel, which overlooks Astral Beach in Newquay, Cornwall, famously played the setting for the 1990 film adaptation of Roald Dahl’s The Witches

And now it is on the search for a witch who can spend their working time terrifying adults and children and has a talent for ‘turning people into mice’.

The Grand High Witch would join the team for a particularly spooky season of afternoon teas to mark the hotel’s connections with the supernatural.

The role requires the chosen candidate to be vocal and impersonate the witch’s key phrases. They must also be natural theatre performers, while being confident enough to interact with strangers and engage with children.

‘The Witches is close to our hearts here at The Headland and every October, we like to celebrate the film with a spooky Afternoon Tea tribute,’ said director Veryan Palmer.

The Witches was created by Jim Henson Productions and directed by Nicolas Roeg in 1990 and cast members such as Rowan Atkinson and Jane Horrocks were residents at The Headland Hotel for some time.

Anjelica Huston, who was Jack Nicholson’s partner during that period, starred as the Grand High Witch. While staying at the hotel, enormous bouquets of roses would be delivered to her door and Nicholson would regularly phone her room.

Three bedrooms and the ballroom were used for some of the scenes in the film, while a pram pushed towards the cliff edge belonged to the Armstrong family, who still own the hotel today.

Guests from around the world still visit The Headland having watched the film, and children continue to search for the giant mice.

And now you could be a part of the magic and mystery as The Grand High Witch.

For those keen to apply but lacking a witch’s outfit, do not fear, because the hotel will provide the mask and cape.

All you need is a suitable black outfit.

Anyone who would like the chance to become the Grand High Witch can visit the recruitment page for more details.

Send us an email at [email protected]