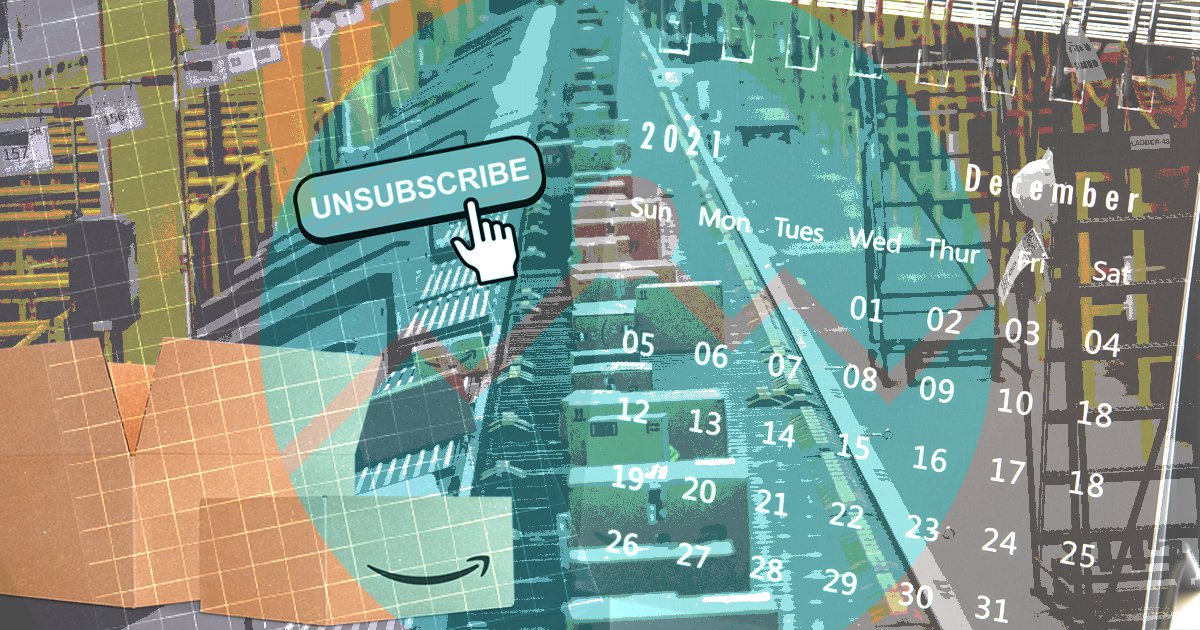 Three hundred and fifty-four days ago I set myself a challenge: Could I go the whole of 2021 without giving money directly to Amazon?

I didn’t expect it to be easy. Amazon has a reputation for the lowest prices and the fastest delivery.

Over the years, my Amazon order history has changed from books and CDs to almost anything — sellotape, trainers, phones and more.

Shopping elsewhere would no doubt cost me more money and probably be a bit of a faff. So why bother?

Amazon is verging on a monopoly (a third of spending in the first lockdown was at Amazon), which is particularly felt on the high street but isn’t great for any competitor.

This is followed closely by tax avoidance practises. Amazon’s profits on sales in the UK keep growing, but most are processed in Luxembourg.

This results in a pitiful amount of tax paid here in the UK compared to the corporation tax most other UK retailers are charged.

There are also regular concerns over workers’ rights in warehouses at home and abroad and there have been stories of returned items being sent en-masse to landfill. The list goes on. Check out EthicalConsumer.org for more details if you’re interested.

My one-man boycott wasn’t going to change all that, but it felt important to see what I could do.

With just 11 days left of the year I can report it’s been easy. So easy that I can’t believe we’ve all been sucked into the ‘Amazon is best’ hype.

Not only have I not spent a single penny at Amazon (or its sub brands such as Whole Foods), I’ve actually saved money — so far to the tune of almost £200. Yep, not using Amazon turned out to be cheaper. I managed to find the items I needed for the same price or less at other retailers, even when factoring in any extra delivery charges.

I won’t lie and say they were all from small businesses on the high street, but there’s still a competitive market out there if you look for it. Many will price-match and some are just cheaper.

There were even times when Amazon’s price was well over the odds (never buy stamps from third parties on there!). It’s a good reminder that you shouldn’t ever assume you’re getting a good price from a retailer — always shop around.

I had to plan ahead a little, and think about what I needed to buy and when, but that wasn’t any real inconvenience. Surprisingly I also found that a lot of what I buy isn’t even sold on Amazon — a useful point to consider for those who justify paying for Amazon Prime membership under the belief it covers all their delivery costs.

Significantly, I’ve also bought less. Amazon, particularly if you’re signed up to Prime, makes it very easy to spend when you don’t really need to.

It’s very tempting to pick up the odd thing here or there just because it’s on offer.

But taking myself out of that space meant I didn’t buy things for the sake of it. I can’t even put a value on this saving. Have I missed out at all?

Possibly on the odd special offer here or there. Amazon is one of the better websites for giving away free vouchers, though often these require a minimum spend which in turn entices you to spend money you hadn’t planned to part with. And since I didn’t buy those things elsewhere I’d have been buying for the sake of it. So no real loss there.

I struggled a few weeks ago with a free £10 voucher available for changing my payment card from Visa to Mastercard or Amex (as I wrote about in my column on November 29). This is literally free money with no catch.

So I toyed with whether spending that tenner — and no more — would be allowed as part of the challenge. I’m still unsure, but as yet I’ve resisted the temptation.

Possibly the hardest part, though, has been no access to Prime Video. Missing some exclusive movies and box sets isn’t too bad, but I’d have liked to have watched more of the US Open tennis. Fortunately, Channel 4 screened Emma Raducanu’s amazing victory in the final. Otherwise I might have cracked.

You might also have noted the careful wording of my challenge: not to spend any money directly with Amazon. It’s sad to say that total boycott is almost impossible in modern Britain. And that’s mainly down to AWS — Amazon Web Services.

This cloud-based part of Amazon hosts a huge range of websites. From personal blogs through to giants such as Disney, McDonalds, AirBnB and the National Trust.

You could argue that by using any of these (and many, many more) that I’m still giving money to Amazon. That’s fair, but one step at a time!

I did, however, make sure that my blog — Be Clever With Your Cash — isn’t hosted on AWS.

Ultimately I’m proud of how this year has gone, and delighted with the results. And I’m going to do my best to keep this going next year.

I might indulge in a Prime free trial (these tend to get offered once a year) to binge the boxsets and movies I’ve missed, while the only purchases I can see myself making are occasional Kindle books at 99p for when I (hopefully) get to go abroad once more.

But overall, this year has proved not only that I don’t need Amazon, but that I’m better off without it.

What are the alternatives?

Most items available on Amazon are sold by third parties and often they have their own websites you can buy from for the same price. This means they’ll get to keep more of the profits.

Going local is the most ethical alternative. We won’t all have access (or the money) to shop independent every day, but it’s worth giving it a try.

And don’t forget chains. Bookshops such as Foyles, Blackwells, Waterstones and The Works can provide decent prices (though it’s hard to match the prices on Amazon that must surely be loss leading).

If you’re able to get to a shopping centre or high street you’ll be able to cut shipping costs if you collect. Waterstones, Argos, M&S, Currys, Office and Next let you do this for free, while it’s free with a minimum spend at John Lewis and Boots.

There’s not a single replacement for Amazon, so you’ll need to do a little research. Fortunately there are tools to help you do this in seconds. Google’s shopping tab will bring up loads of options, or use apps like PriceSpy and Idealo.

So my challenge to you for 2022 is to give it a try, too. Key to success is definitely ditching Amazon Prime membership.

This is what keeps bringing you back to Amazon. Without it you’re more likely to shop around. Yes, you might pay for delivery elsewhere, but often this can be avoided via click and collect. And if you do pay, you’re simply swapping the Prime fee for postage costs.

Now, I imagine you might be thinking it’ll be different for you. And maybe it will. So if you don’t want to go cold turkey, why not just reduce your Amazon use and see how it goes?

Rather than pay upfront for a year of Prime, move to a monthly subscription and only use it when you need it — maybe when you need a last-minute delivery or want to binge the latest box set. You might even be able to nab a free trial once a year if Amazon hopes you’ll start paying again.

If you find you’re drawn back to Amazon, then at least you gave it a shot. But hopefully it’ll be a New Year’s resolution that’ll stick.

Amazon has, in the past, stated that it is working towards a goal of zero product disposal.

The company claims it ‘offers a range of great benefits that support employees’, and has previously stated: ‘We pay all taxes required in the UK and every country where we operate’.