A MUM who had to have half her tongue removed to fight cancer got a new one made – from her LEG.

Cameron Newsom, 42, was living a normal life with husband Anthony, also 42, and their son Hudson, 14, when her world was turned upside down by a freak cancer diagnosis. 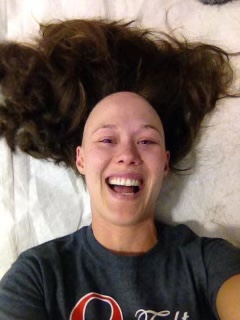 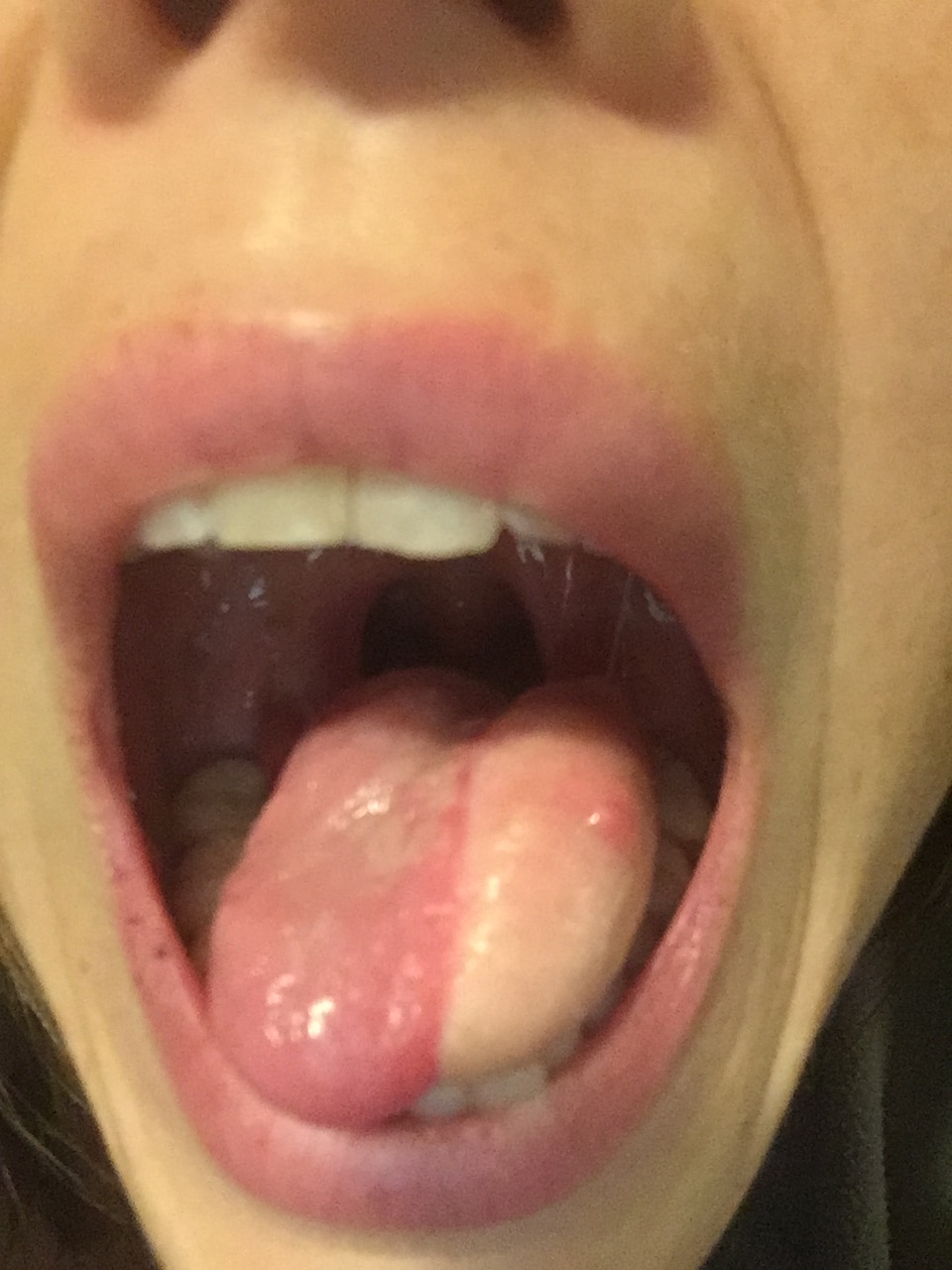 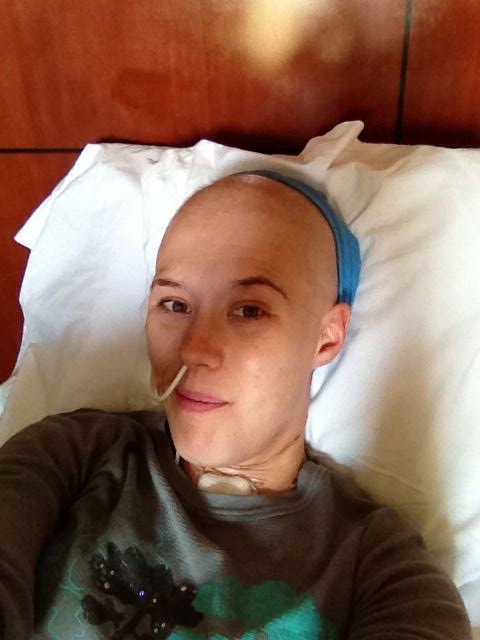 A years-long ordeal then ensued – which eventually saw the mum-of-one have her tongue replaced by skin and muscle tissue from her thigh.

Cameron first developed a white spot on her tongue and was referred by her dentist to the local hospital for a biopsy.

Originally the spot wasn't painful and, when the results came back negative for any signs of cancer, she was told not to worry.

But, a year later, Cameron developed another spot identical to the first and was admitted to hospital again for a deeper, more invasive biopsy.

Again, the results showed no signs of cancer – but medical experts couldn't identify the cause of the spots.

However, months later, Cameron's tongue became sensitive and sore – which marked the start of a living nightmare.

She immediately contacted her dentist who administrated her antibiotics to combat any potential infection – but her condition continued to worsen.

The original spots had now transformed into a pinkish tumor on the left side of her tongue, and she was sent for further tests and a third biopsy.

After being referred to an ear nose and throat specialist, Cameron was sadly diagnosed with stage four squamous cell carcinoma – skin cancer of the tongue.

Cameron, from Colorado Springs, Colorado, said: "At the time of my diagnosis I'd lost over seven pounds because I was unable to eat or drink.

"It took three years from when the first spot originally appeared for doctors to finally diagnose me – no one ever mentioned it could be oral cancer.

"When I was told, it seemed like I was being handed a death sentence there and then, but straight away my reaction was; I'm ready to fight this.

"I was 33 at the time and in very good shape, so I couldn't understand why this was happening to me.

"When I got home that day I googled my type of cancer and as you can imagine the results were absolutely terrifying.

"There were images of people after having their jaws removed or sawed in half – I'd never been so scared."

Cameron's diagnosis came in May 2013 and she was soon scheduled in for three rounds of chemo, starting in July and finishing in September that year.

Throughout that time, she was unable to eat or drink anything without suffering excruciating pain – all whilst undergoing gruelling cancer treatment.

"There would be times at the dinner table where I would just burst into tears because I couldn't eat a thing," she said.

"Hudson, who was five at the time, didn't know why I was always so upset and it got to the point where I couldn't physically speak to him or my husband.

"A low point for me was when I went to a party with all my closest friends and I had to leave because my mouth was in so much pain.

"I went home and took a shower to calm down, and that's when clumps of my hair started falling out – it was so upsetting."

Thankfully for Cameron, her chemotherapy was successful and as a result the tumor had shrunk a considerable amount.

Her body had reacted well to the treatment, but the next part of her recovery was to have the tumor completely removed.

She then flew back and forth to the MD Anderson Cancer Center in Houston, Texas to meet with some of the best oral surgeons in the country and organise the operation.

On December 23, Cameron went under the knife, and oral and plastic surgeons worked together to remove the left side of her tongue.

In what was a nine-and-a-half hour operation, they then replaced that part of her tongue with skin and muscle tissue from her thigh.

Surgeons then performed a Tracheotomy on Cameron, where they sliced a hole between her two collar bones and inserted a tube into her neck so she could breathe.

The mum also had a feeding tube taped to her nose so she could ingest vital calories which were desperately needed to help her body recover.

Cameron said: "They usually take skin from your forearm, but I’m only five foot two, so I didn’t have enough skin on my forearm to replace what I was having removed.

"However, I've been an athlete all my life, and there was plenty for them to use from my thigh – so that's what we decided to do.

"The oral surgeon removed part of my tongue, and the plastic surgeon took muscle and skin from my thigh to replace it.

"When I woke up I had tubes coming out my neck and nose which allowed me to breathe and eat.

"The next few weeks were hell because my mouth was so swollen I couldn't swallow or breathe unassisted.

"I had to be under constant observation and every time my throat had a build up of blood and body fluid, it had to be flushed away using water.

"That was basically like being waterboarded by the nurses once or twice a day which was absolutely horrific.

"The weirdest part of the whole experience was when I felt a rough texture on the thigh part of my tongue – and when I looked in the mirror it had started growing leg hair!"

For nine weeks after her surgery, Cameron underwent 45 rounds of radiation and another three rounds of chemo to rid of any remaining cancer cells.

In that time she was unable to speak, and for six months had to use a tube inserted in her stomach to eat and drink whilst her wounds healed.

From then on, Cameron started getting used to life with her new tongue – which included relearning how to speak, chew, drink and swallow.

"I had to teach myself how to speak again after the radiation therapy which was a really bizarre feeling," she said.

"My manners are terrible because food sometimes just falls out my mouth, and when food gets stuck underneath my tongue it feels like having a small rock in your shoe.

"Because the left side is sewn to my gums I don't have the full range of motion I used to which can be frustrating.

"A feeling I could compare it to is like having a dead arm or dead leg all the time – it is constantly tingly and numb.

"Only the healthy side produces saliva and I can't stick my tongue out my mouth at all, so licking things is a big no no!

"It's now been nine years since my diagnosis and there's been no signs of regression.

"The longer you go without regressing the less likely it is the cancer will come back, so were all feeling really positive.

"2013 was the toughest year of my life and I couldn't of done it without the support of my amazing Antony and the rest of my family."

In June 2014, once she proved she could eat and drink unaided, Cameron returned to her job as a gymnastics coach and was finally able to start living life again.

She has since mentored several other people who've been diagnosed with the same cancer as she was, offering them support and guidance throughout their treatment. 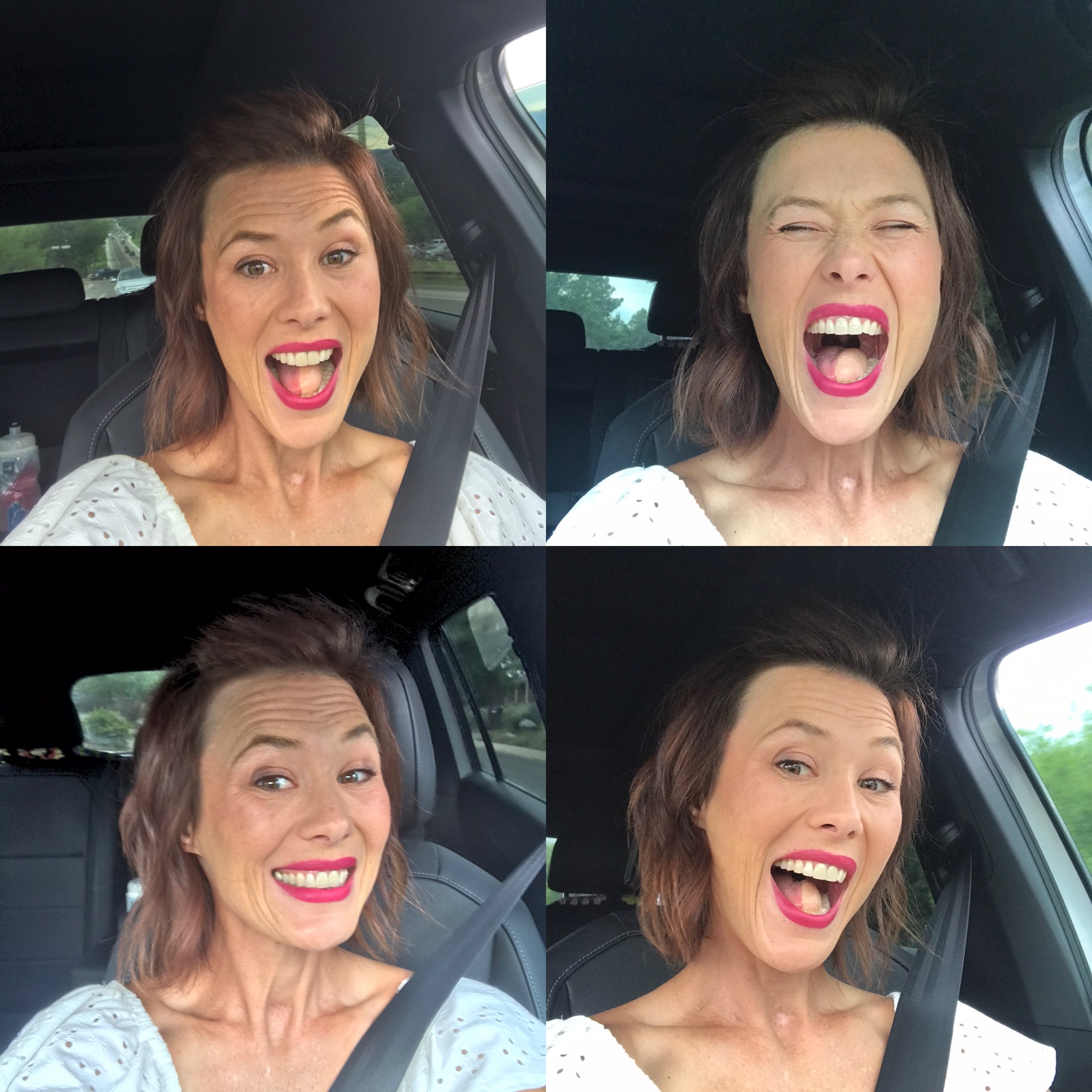 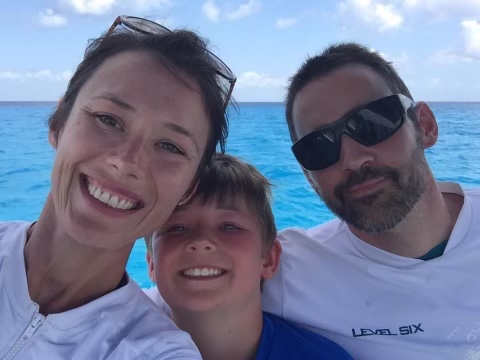 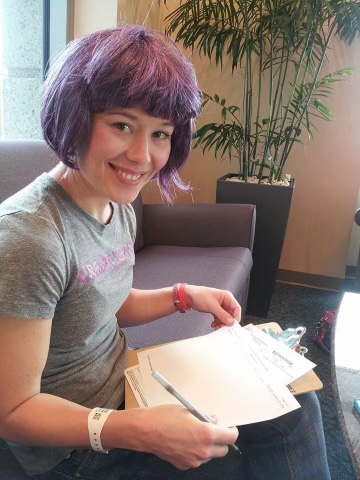