Plans to double university fees for social work degrees have prompted warnings that training needs to remain affordable to avoid the risk of an exodus of community service workers.

The concerns of the state government and Children's Guardian about the cost of training for the essential service workers comes as the Australian Services Union reports that they are now considering leaving to retrain as nurses or teachers.

The ASU said the cost of a nursing degree would drop under federal government proposals, while the cost of social work and related degrees would double from about $30,000 to $58,000. 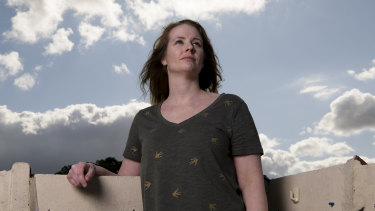 Rachel Low says she would not have studied for a social work degree if the fees were double.Credit:Rhett Wyman

Children's Guardian Janet Schorer said child protection workers need to be "competent" and "resilient" in the face of their challenging and confronting work.

"Access to affordable higher education and training is critical to providing a diverse and skilled workforce," she said.

"A professional workforce is critical to the quality of services provided to children and young people in the child protection and out-of-home care systems."

NSW Minister for Families, Communities and Disability Services Gareth Ward said social work graduates were in high demand across the social services sector. He said they were "critical in our work to improve outcomes in child protection, housing, homelessness, youth justice and disabilities".

"We want people to study courses that will help enhance the community services workforce and it is important that we don’t deter students from going down that path," he said.

"It is important that universities offer courses that reflect the needs of the workforce, to ensure that students leave university with the skills and knowledge they need to help deliver better outcomes for vulnerable people." 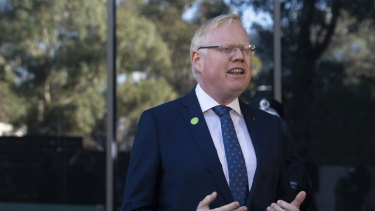 The Australian Services Union NSW has surveyed more than 700 community services workers in the past two weeks about the proposed fee increases. More than half were planning to enrol in a social work or other related degree and almost all said they would now consider moving to nursing or teaching.

One survey participant said she was planning to go to university next year to get a bachelor degree to improve her employment prospects.

"Given I am supporting a family and already work in the sector the fee hike means I cannot afford to go to uni," she said. "I am now thinking of retraining into another industry entirely."

Less than half the people surveyed said they were required to have a university degree and nearly 60 per cent said their employer considered it "desirable" to have one.

The vast majority of those who already had a degree said this would have been less likely if their fees had been more expensive.

Rachel Low, a community service worker based in Sydney's inner west, said that, as a single mother of two young children, she would not have been able to afford her social work degree if the fees were double what she paid.

"It is paid off gradually, but it does have quite a significant impact on disposable income," she said. "I'm living in Sydney and I'm a single parent so I do notice the income that is coming out every week to repay the HECS debt.

"If it was going to be double that much that would have come into my decision making about what course to do."

"A university degree is now mandatory for many frontline roles. Women in this sector undertake degrees to advance their career or area of specialisation," she said.

"Increasing the fees by 113 per cent for workers to undergo those qualifications is going to be a major barrier for the pipeline of supply of these essential workers."