The birth of a rare giraffe was caught on Chester Zoo’s CCTV in the early hours of March 3 and has just been released. The video shows the calf entering the world, his wobbly first steps and his first feed from 13-year-old mum, Orla.

The calf, who is already six feet tall and 70kg, had to drop six feet when he was born. Sarah Roffe, Giraffe Team Manager at Chester Zoo, says: “Giraffes give birth standing up and so their young receive quite a welcome to the world, dropping around six feet to the ground.

“Although this seems like a long way, the fall actually breaks the umbilical cord and helps to stimulate the calf’s first breath- it is a dramatic entry but it’s just how they do it!”

It is expected that the calf will grow to around 18 feet in height and weigh more than 1,000kg. 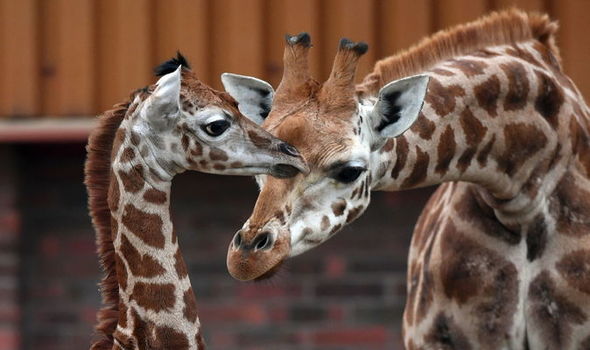 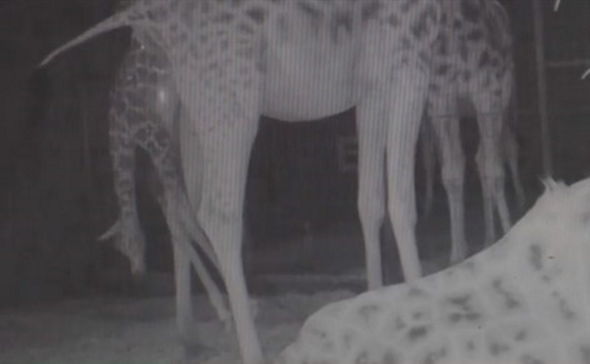 Ms Roffe wrote: “The new calf has arrived at the end of a 15-month pregnancy for mum Orla.

“An experienced mother, Orla has slipped back into the role like a natural. She is doing everything right, and it is lovely to see the close bond between the two of them.”

The new arrival joins eight Rothschild’s giraffes at Chester Zoo. They are an endangered species and experts estimate that there are only 1,600 left in the wild. 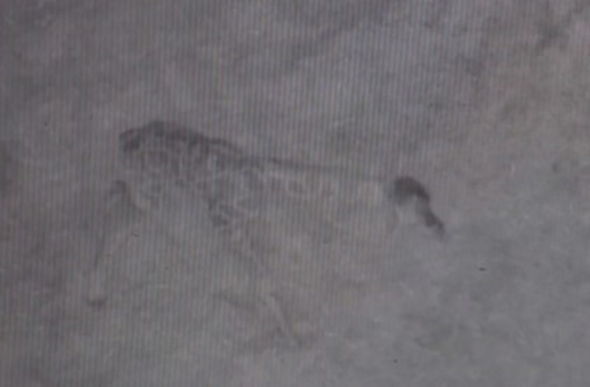 The International Union for the Conservation of Nature (IUCN) cites habitat loss and poaching as the biggest threats for the giraffes.

Chester Zoo is working with the Giraffe Conservation Foundation and the Uganda Wildlife Authority in Uganda to protect Rothschild’s giraffes.

Mike Jordan, Chester Zoo’s Director of Animals and Plants, says: “The Rothschild’s giraffe has been almost eliminated from areas across Kenya, Uganda and Sudan.

DON’T MISS:
Anti-protest bill: What powers will police have under new law?[UK]
Ulrika Jonsson shares poignant moment with son over female attacks[CELEB]
ASDA issues message over safety of women ‘We are there for you'[UK] 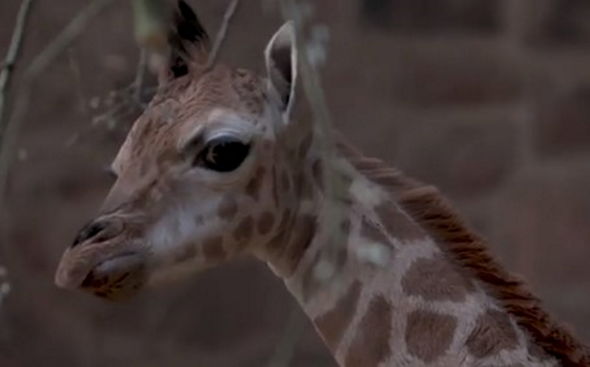 “But they are still threatened with habitat loss and an ongoing poaching crisis, which has seen giraffes hunted for their tails to be used as good-luck charms.

“We are delighted that even with the challenges the pandemic has thrown our way, numbers are slowly increasing. It’s positive news and we must push on and do all we can to help prevent the extinction of these gentle giants.”