Influencer Phoebe Sophia has been praised for an honest body positive post.

The social media star, who boasts 24,800 followers on Instagram, took to the site to open up about some insecurities she's had with her body in the past.

The Manchester-based beauty mainly used the post to talk about her "third and fourth boobs", which is her nickname for her little armpit pockets.

She admitted she had always been self-conscious of them, but revealed how she'd grown to love them.

Along with the caption, Phoebe Sophie shared a stunning photo of herself displaying her curves in an embroidered gold corset.

She teamed this with glowing makeup, while wearing her hair in tight curls.

"One of my insecurities have always been my lil armpit pockets. I’ve always had them. Even when I was much slimmer and lighter, they were there. but as the rest of me has grown… so have they."

She continued: "So when my little sister asked me what those things were under my arms, pointing at them I worried on how to answer. I like to express to my sisters that I love my body, all of it… even if I don’t, so that way don’t learn to start doubting themselves.

"After a lil panic n trying to scan my brain for the proper term for them… I told her they were my 'third n fourth boobies'. She giggled and asked why I don’t just have two boobies like 'normal people'.

"I told her 'God gave me big boobies and there wasn’t enough room in these two so he had to create 2 extra small ones to put the rest and loads of ‘normal people’ have third and fourth boobies'.

"She thought this was amazing, she was blown away."

The Instagram star added: "I laughed at how much it astonished her and just like that, by putting a fun lil spin on my insecurity I began to see it in a completely different light. I changed my thought process around it.

"My little sister didn’t see this armpit fat as something to be ashamed of or unflattering, she loves them, she sees them as unique and that’s exactly how I should see them. I think she actually thinks I’m quite cool because of them.

"Even though I have now planted in my younger sisters head that I could potentially breastfeed four babies at once… I will forever treasure that moment the moment I took the first step in loving 'my third and fourth boob'."

Fans were loving the post as they thanked Phoebe Sophia for speaking out.

One told her: "I've always had these and I have lil boobs, I don't think I've ever heard anyone talk about them before so thank you."

While another exclaimed: "I love this! You are so beaut!!!"

A third also chimed in: "I didn't realise how badly I needed to find and read this post. I have always been very large breasted and this is such a fun and beautiful way to see them."

Phoebe originally shared the post back in June last year, but re-shared it again on her Instagram story this week.

The post comes after Phoebe Sophia showed off her unfiltered curves to fans last week as she told them "belly rolls aren't your enemy". 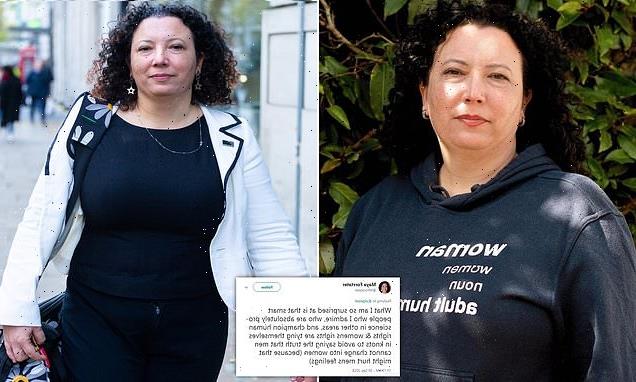