Lily James’ transformation for Hulu’s Pam & Tommy continuously has Us doing a double take. But how did she achieve her doppelgänger status with Pamela Anderson? Well, it took nearly four hours in the glam chair each and every day, a lineup of wigs, prosthetics and even fake eyebrows.

Making sure that James’ facial structure mirrored that of Anderson’s was key — albeit a little tricky. Makeup department head David Williams told Harper’s Bazaar in a Tuesday, February 1, interview that recreating the 54-year-old actress’ look required the use of a prosthetic forehead to “widen the distance between James’ brows and hairline.” 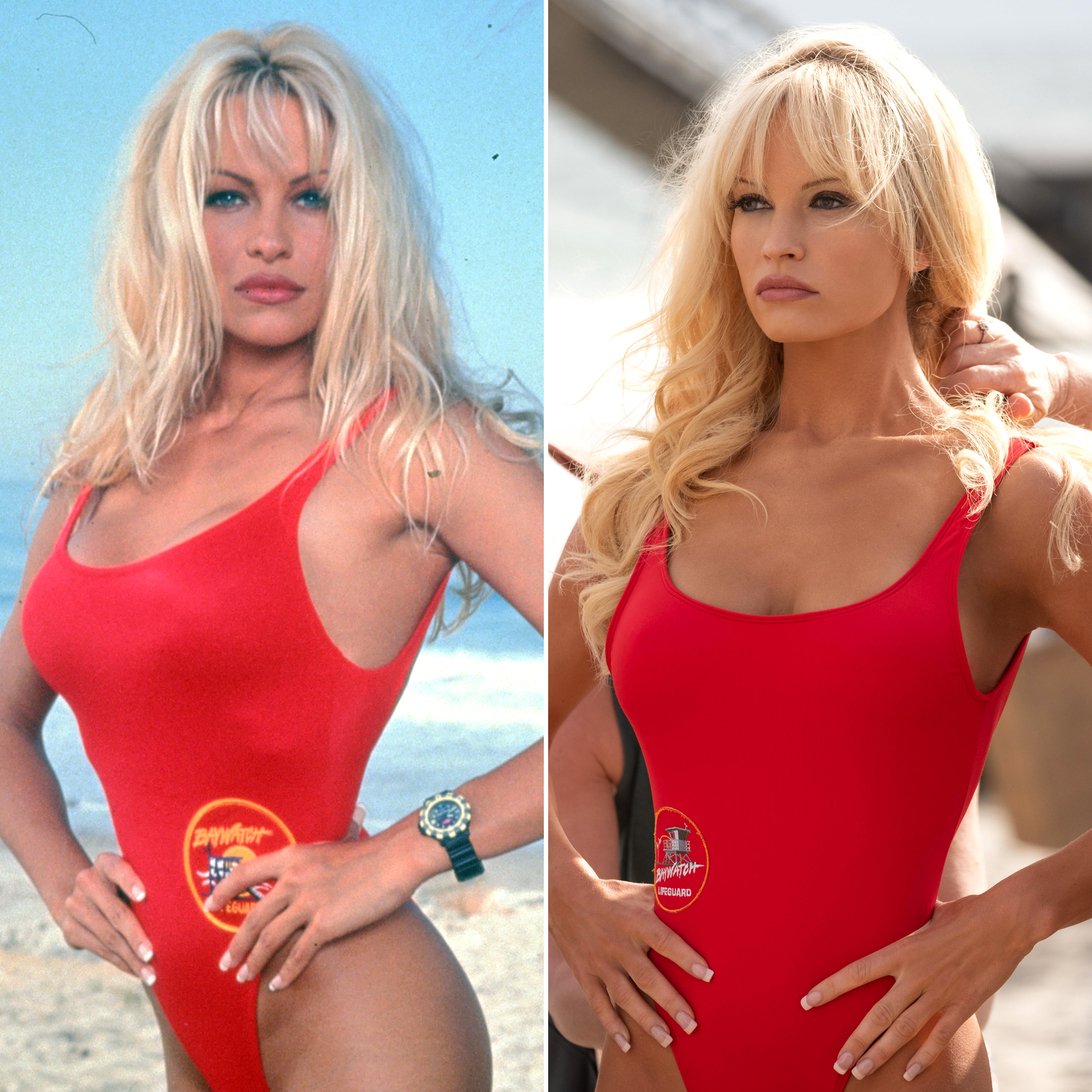 The other trick was to get the 33-year-old star’s eyebrows thin and arched to perfection — without actually plucking away her bushy brows. The solution? Lace eyebrows that were applied to the prosthetic forehead. “We went through approximately 65 to 70 foreheads throughout shooting,” Williams told Harper’s Bazaar.

“So much of Pam’s look is timeless, but also very, very ‘90s in other ways,” he said. “Her haircut was always super layered and textured throughout and using all the tools in our respective departments, we were really able to take it to that classic ‘90s look.”

If recreating the whole blonde bombshell ‘do is on your to-do list, you’re in luck — we have the whole breakdown thanks to Unite Hair.

To prep your hair, spritz the Beach Day Texturizing Spray on damp hair for a little dimension and apply a dollop of Blonda Oil for added shine.

Once the hair is dry (Moe used the Dyson Supersonic Hair Diffuser), add in some waves with a one inch curling iron. Then, take your fingers or a wide-tooth comb to break up the bunches. Finish the style off with a bit of the Texturiza Spray and the GO365 Hairspray to get a “flexible hold with no buildup.”

When it came to makeup, we’d be remiss not to mention Anderson’s signature over-lined lip. Williams relied on a trio of colors from Chanel, including Spice, Nude and Vamp.

“Everything about her is iconic,” he said to the publication. “We wanted to make sure we hit that nail on the head.” And we think it’s safe to say that the mission was achieved!