It’s not so good to share! Fed up people share their housemates’ messiest moments – from a mouldy lasagne to a potato that looks like a tree

When you’re sharing a home with someone they’re bound to have one or two annoying habits that get on your nerves.

From leaving mouldy food around to ruining the toothpaste, these photos show why living with other people can seriously test your patience.

Internet users from around the world have taken to Bored Panda to share snaps of their housemates’ messiest moments.

One person was upset to discover their new boyfriend had opened bread by ripping the packaging apart from the middle.

Another shared their disgust at their flatmate’s lack of hygiene when they left a potato to grow large roots in his cupboard.

Below FEMAIL reveals the images that are guaranteed to leave every neat freak screaming in blind rage.

The festivities are well and truly over! This person’s housemate still hasn’t got rid of his pumpkin from Halloween 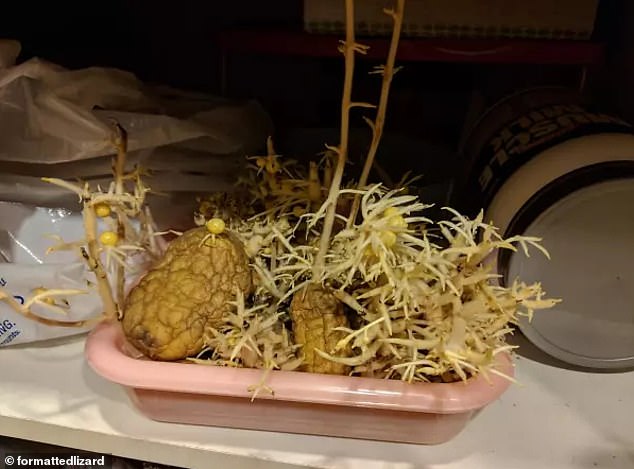 Nasty surprise! These monster potatoes had been left in a cupboard for a year and were discovered by a flatmate during the weekend they moved in 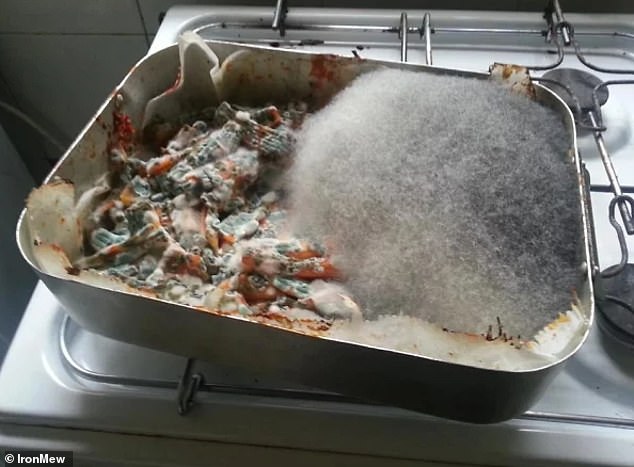 One flatmate made this pasta, but then left for a vacation and forgot to bin it, leaving it to grow a thick layer of mould 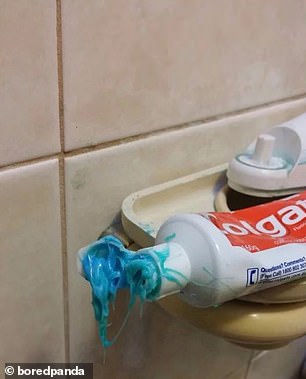 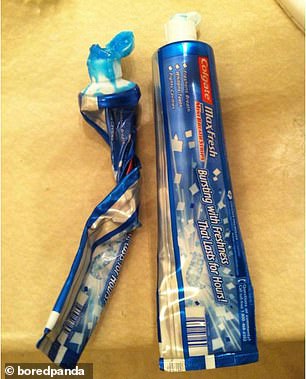 Messy freshness: Cohabitants were horrified to find that those they live with leave the toothpaste like this after each use 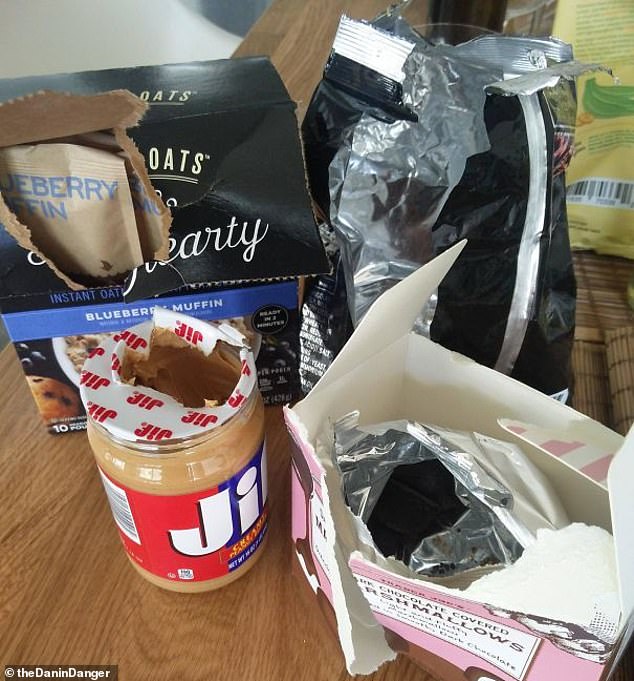 ‘The way my wife opens things’: One long-suffering husband shared his disgust at how his partner opens items of food 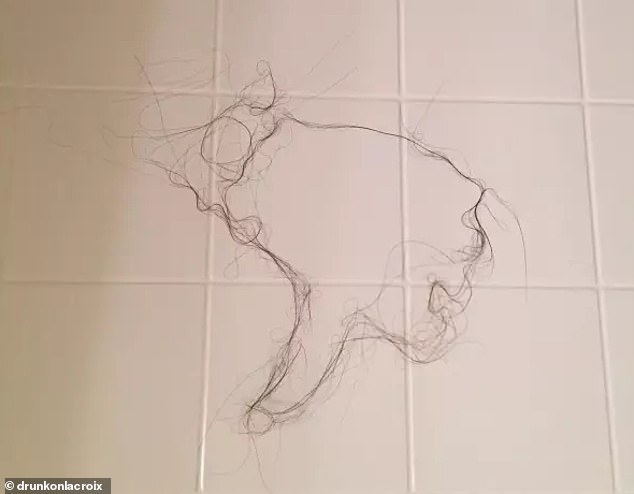 Hairy business! This furry little surprise was left by a wife who often leaves her locks stuck to the shower wall 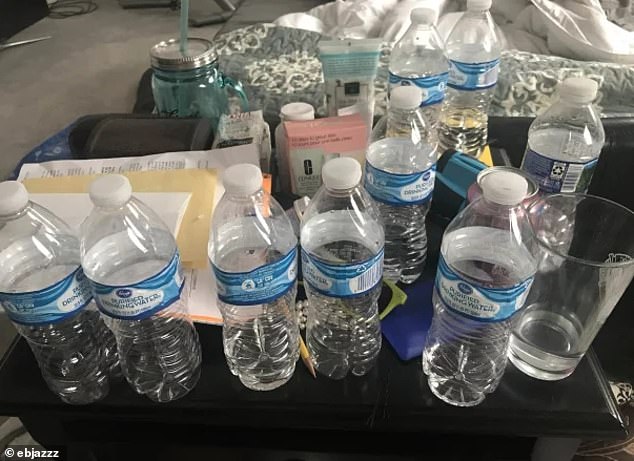 ‘My wife’s nightstand’: Filled with empty water bottles, this bedside cabinet is a sea of used plastic water bottles 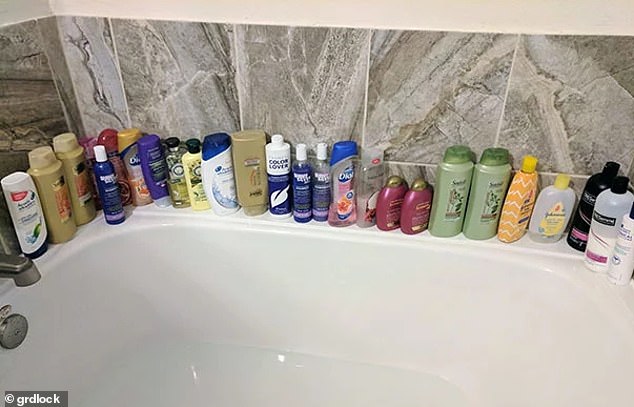 Bottles galore! One internet user shared this photo as they revealed that their wife never finishes a bottle of shampoo or body wash before buying a new kind and leaving the old ones on the side

Clear opposites: This bedroom is split in two, with one flatmate obviously significantly messier than the other 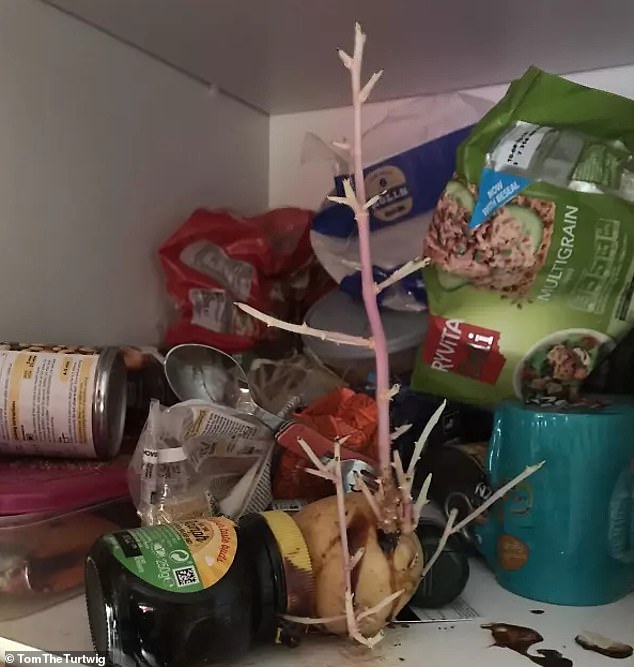 ‘Is that your Christmas tree?’ One unhygienic flatmate decided to leave a potato in his food cupboard for far too long 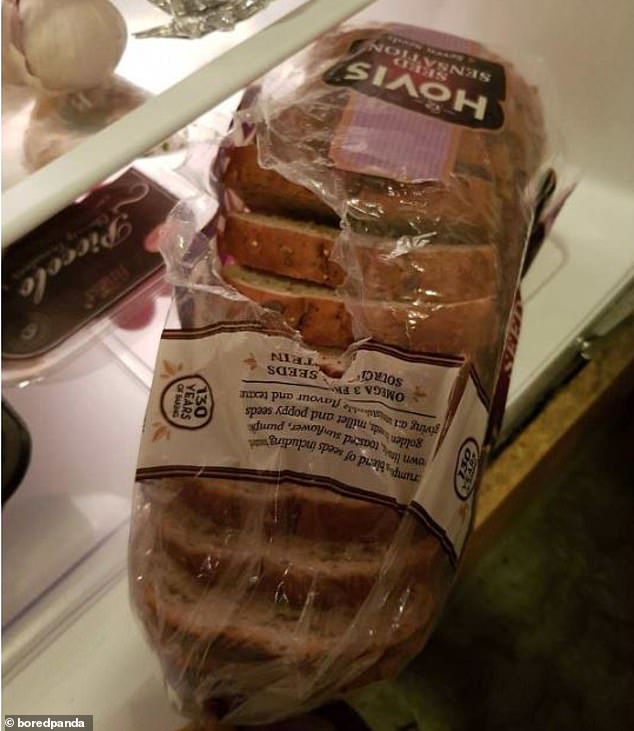 Straight down the middle! One person was understandably upset to discover their new boyfriend opened bread by ripping the packaging apart 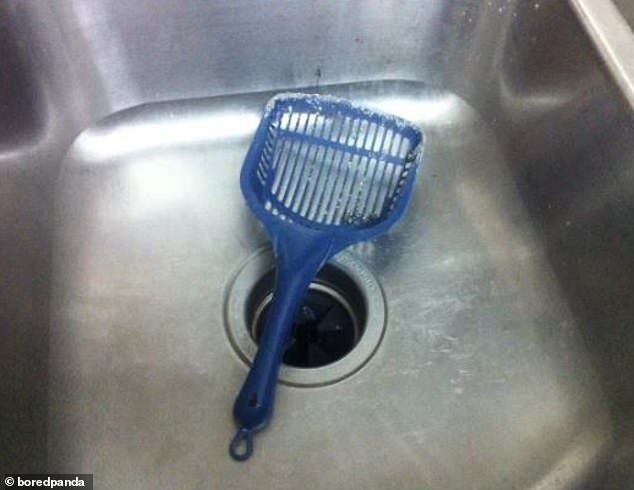 Disgusted: An outraged internet user shared this image of her flatmate leaving her cat litter box scoop in the kitchen sink unwashed 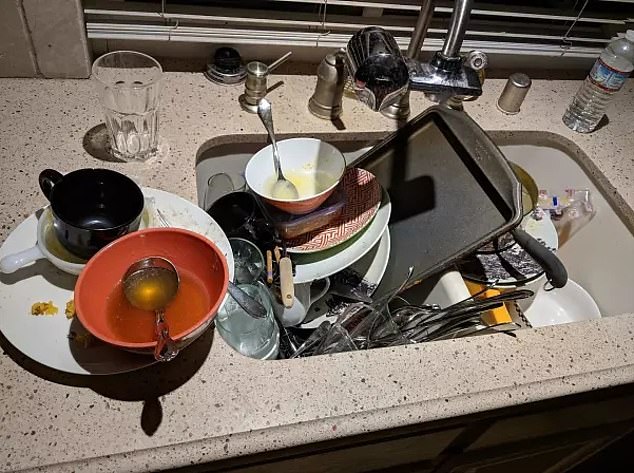 Clutter: One considerate person stayed in their room for four days when sick, only to discover their roommate and his girlfriend had let the dishes build up in their absence 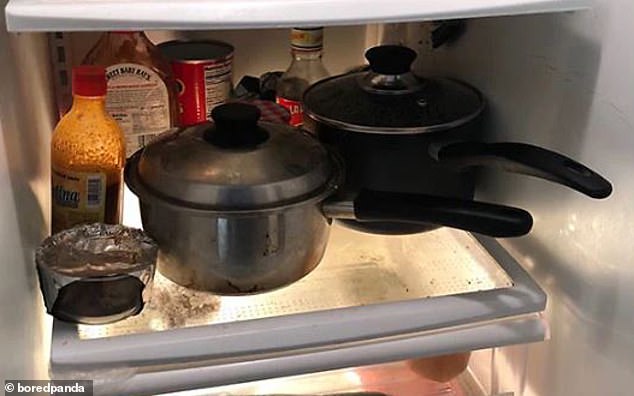 Hogging the utensils: One housemate refuses to store his leftovers in containers and instead uses the only two pots available for the entire household 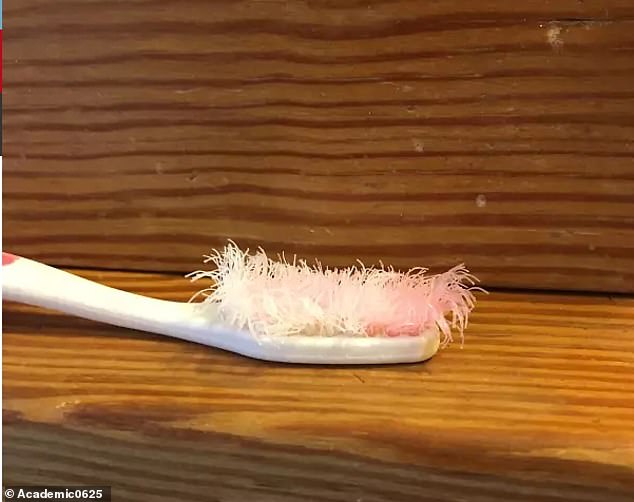 How and why? This toothbrush was still in use by a roommate, much to the horror of the person sharing the photograph

Mixed up: To the frustration of one housemate, the person they live with fails to match their shoes when lining them up 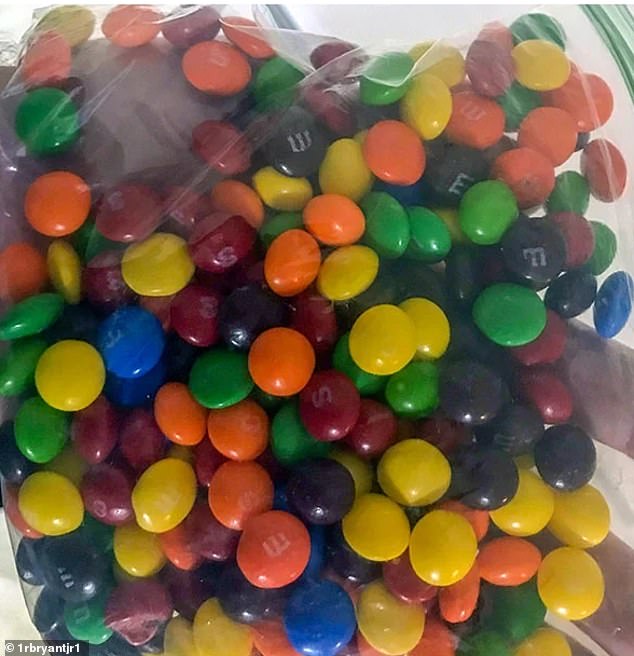 Sweets together: M&M’s mixed with Skittles is how one wife eats her sweets. And an annoyed husband couldn’t help but share his irritation