Ireland Baldwin is turning up the heat on Instagram.

The model, 26, rocked a lace bodysuit by Fleur du Mal ($236) in a series of sizzling social media snaps on Tuesday.

Baldwin, who is the daughter of actors Alec Baldwin and Kim Basinger, displayed her many tattoos in the lingerie photos, kneeling on the floor as she struck three different poses.

“Going out in @fleurdumalnyc” Baldwin captioned the steamy pics.

The label’s stunning “Gardenia” bodysuit features ivory lace underwire cups and lace detail at the stomach along with silk trim at the bottom. 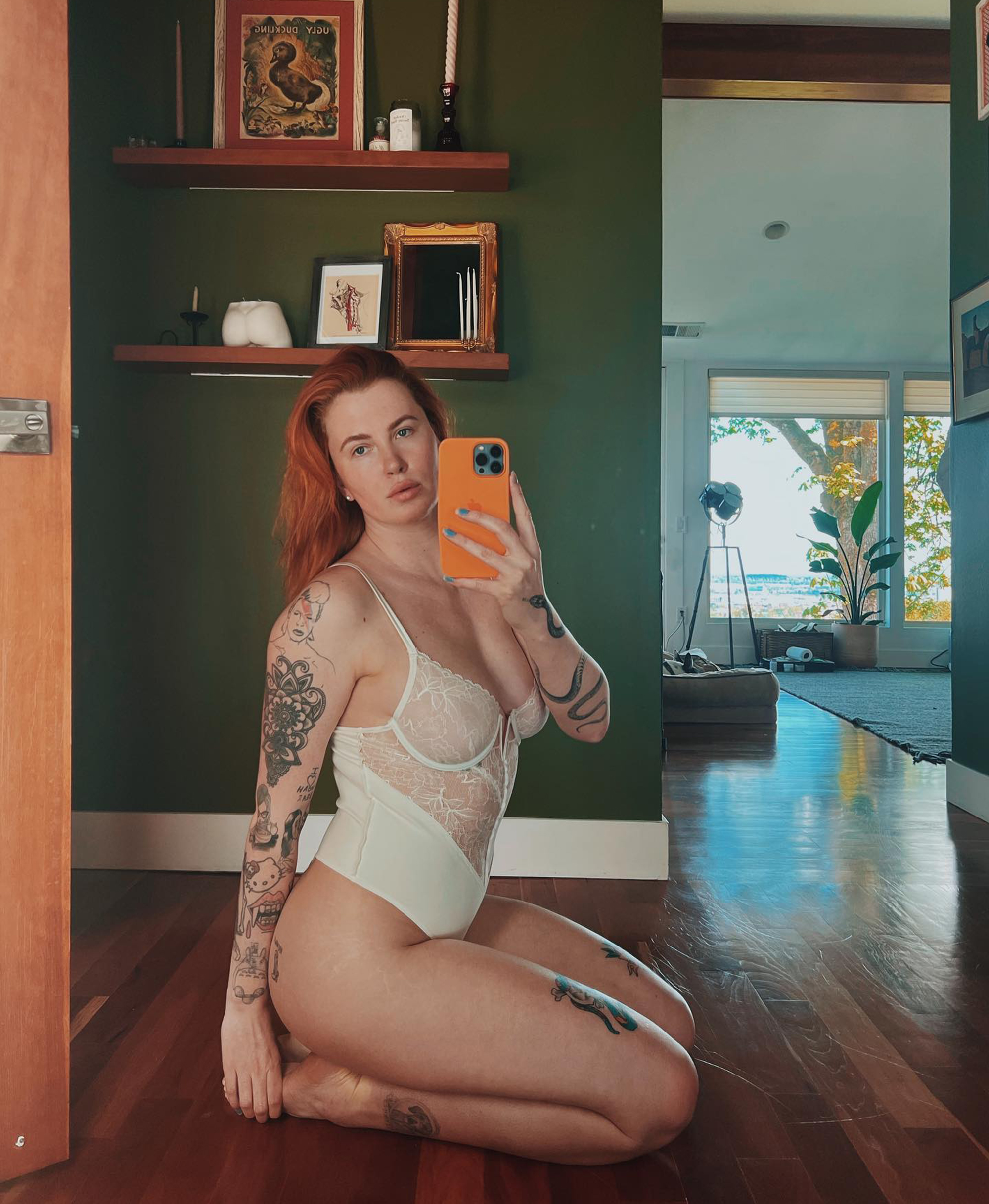 While everyone in her comment section wasn’t a fan of her racy outfit, the model took it in stride, seemingly clapping back on Wednesday morning with a video captioned, “Instagram, loosen up a lil.”

In the post, Baldwin wears a more covered-up look of cutoff denim shorts and a cropped tee shirt that said “I [heart] Cowboys,” dancing to Madonna’s “Ray of Light.”

Earlier this month, the influencer got into another sticky social media situation when she revealed that one of her ex-boyfriends “wanted to f—k” her mother, Kim Basinger.

Baldwin posted a video on TikTok responding to a trend asking for anecdotes about wild quotes from exes.

“You’ll never be as beautiful as your mom — I’ve always wanted to f–k her,” one ex apparently told the model, while another threatened, “I’m going to smash your teeth in.”

Another recent revelation from the redhead beauty was that she didn’t talk to either of her parents for a year while she dealt with substance abuse issues. 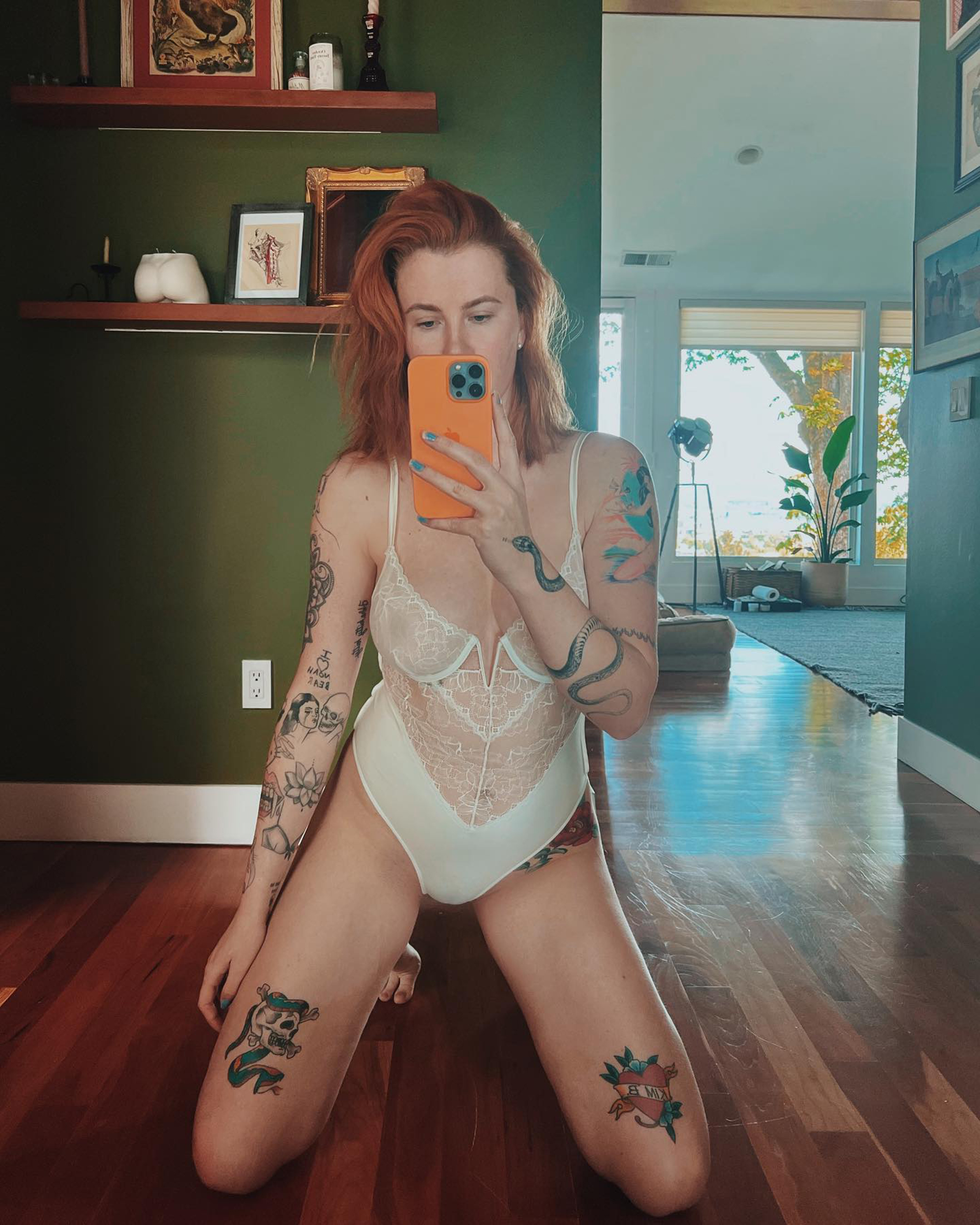 Sharing that she self-medicated with alcohol and Xanax to deal with her eating disorders, the 26-year-old said she cut herself off from her family because she “was so ashamed of what I had become and how I was living.”

Luckily — as her sassy lingerie snaps reveal — Baldwin said she’s now “in the most freeing mental headspace I have ever been in about my body image.”