It’s time to abandon the cruelty of meritocracy

No moral intuition is more hard-wired into Americans’ conception of their country as a just society than equality of opportunity. While some may be rich and others poor, we are willing to accept the market’s judgment about the distribution of income because it rewards talent, hard work and risk-taking rather than some unfair or arbitrary advantage.

“We are true to our creed,” declared Barack Obama in his second inaugural address, “when a little girl born into the bleakest poverty knows that she has the same chance to succeed as anyone else, because she is an American.”

These days, however, it is not just progressives who champion equal opportunity. When confronted with the widening gap between the rich and everyone else, defenders of market justice invariably invoke the metaphor of the race fairly won. In their telling, all that justice requires is that everyone have equal opportunity to run the race. To complain about how things turn out after it is over is merely class envy or sour grapes.

Yet there is now a sizeable and growing body of evidence that, despite elimination of many legal and informal barriers to equality of opportunity, the luck of who you drew for parents still plays an outsized role in determining economic success. Whether it’s by way of the genes we inherit or the circumstances in which we are raised, the parental lottery is more important than ever in determining economic outcomes.

Let’s begin with nature, and the question of inherited intelligence, a controversial topic. As a broad generalization, the evidence suggests that somewhere between 35% and 75% of our intelligence comes genetically from our parents, which in turn accounts for about a quarter of the variation in people’s incomes. It’s also true that the higher you are on the income ladder, the more intelligence matters – the income difference between a brainy and less-brainy engineer is bigger than between a smart and less-smart laborer.

Based on studies of identical and fraternal twins, we know that between 60% and 80% of differences in height can be explained by heredity, with each inch of height worth as much as $1,000 a year in added income.

Equally heritable are good looks, which also lead to income differences, particularly among men. Attractive people have wider social networks, are more likely to attend and graduate college, have greater self-confidence and are thought, without reason, to be smarter, more competent, with more leadership potential. One study of Canadians found that, on a five-point attractiveness scale, each point translates into more than $2,500 in annual income.

As any parent will attest, personality also turns out to be inheritable, including traits that have a significant impact on economic outcomes: empathy, reliability, ambition, impulsiveness, orientation toward the future, an appetite for risk and an aptitude for leadership. One recent study found that inherited personality traits have as much effect on income as inherited intelligence. 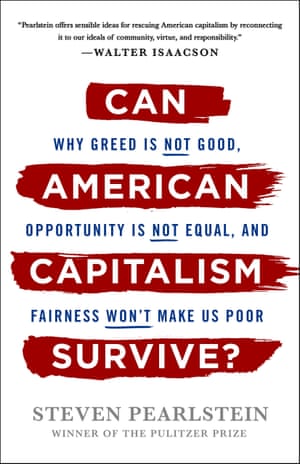 Equally important are the things parents do to nurture their children’s innate capabilities. The earliest environmental influences matter most. For infants, the type of food they eat and the toxins they are exposed to, the amount of touching and cuddling they receive, the quality and quantity of interactions with adults – all of these have a significant effect on how a child’s brain evolves and develops the capacity to learn.

Between the ages of one and four, physical, intellectual and psychological development is significantly affected by the amount of time children have with parents. The level of stress in the household, the mental health of parents and the exposure to violence and chaotic surroundings can have serious negative effects. It is also in these early years that the emotional and biological foundations are laid for verbal and mathematical skills, as well as traits such as self-esteem, confidence, emotional stability, curiosity, optimism and grit.

The link between family income and educational achievement, of course, has been known for a long time. What is new and disturbing is that, after a period of stability from the 1950s to the mid-70s, the educational achievement gap has grown wider. Sean Reardon of Stanford University has calculated that in 1978, the difference in scores between eighth-graders of rich and poor families was 96 points on an SAT-type scale, which roughly translates into three or four years of schooling. By 2008, the gap was 131 points, with poor kids falling another year behind.

Higher education only widens this gap. While affordability is one reason why low-income students don’t attend and complete college, the bigger reason is that the public schools have failed to adequately prepare them. Overall, the probability of earning a bachelor’s degree for someone born into the top quarter of households by income is now eight times that of someone born into the bottom quarter.

The harsh reality is that the education system today reinforces class lines rather than blurring them, helping to further widen the lead of those already advantaged by natural talents and family income. Moreover, even as the link between a child’s family income and educational achievement has become stronger, so too has the link between educational achievement and adult income. We need to recognize this dynamic for what it is: a vicious cycle in which wealth and educational achievement reinforce each other from one generation to the next. We have created a new aristocracy – a “meritocratic” aristocracy – that is no less persistent, and only slightly less unjust, than earlier ones based on inherited land and title.

Because of heritability and upbringing, there can never be genuine equality of opportunity. More socialist countries in Europe and Asia have gone a long way toward equalizing access to healthcare, education, nutrition, childcare and even disposable income, and yet they have not come close to eliminating the transmission of family advantage or disadvantage. Surely we should do more along those lines to equalize opportunity in the United States? But we must also acknowledge that there is a point beyond which the consequences of the parental lottery can never be overcome.

Does the goal of offering genuine equality of opportunity, for example, require us to restrict the freedom of some parents to read to children before bedtime, or cheer for them at soccer games, or teach them to be honest and frugal, simply because other parents will not? Or does it require us to go even further and take all children away from their parents and rear them in state-run boarding schools, undermining the role of the family as a fundamental social structure? Because if we are not willing to do such things – and for good reasons we aren’t – then we must admit that public policy cannot eliminate the differences in “nurture” any more than it can eliminate all difference in “nature”.

Indeed, the irony is that to the degree we are successful in making family income and home environment less important in determining economic outcomes, the effect is to make more important those genetically inherited skills and traits that no amount of social engineering can alter. A meritocratic society that reduces the role of “nurture” only winds up increasing the role of “nature”, reducing one form of injustice only to increase another.

The implications of these insights for economic justice are profound. If genuine equality of opportunity is neither possible nor even desirable, then we must acknowledge that luck must always play a significant role in who achieves economic success. No matter how hard we might try to make it otherwise, there is a fundamental and irreducible level of unfairness to market competition, one that undermines the moral legitimacy of market outcomes and provides a justification for taking reasonable steps to make them more equal.