How is Father Christmas going to deliver the goods under the new Covid rules?

As arguments rage over the fresh tiers of restrictions, few have stopped to consider what it all means for the Big Man at the North Pole.

We are all so obsessed with ourselves and any curtailments to our festive freedoms, we have forgotten all about Santa.

Up in Lapland, his business has been ravaged, his elves have no furlough scheme to keep them in curly-toe booties and his health is not the best. 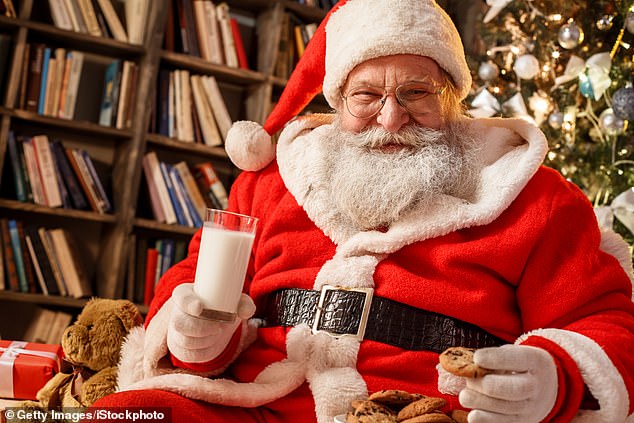 Yet few seem to care about his pandemic predicament. Perhaps, as someone said this week, the path to healing begins with three simple words: where’s my present? No, sorry. I mean: are you OK?

So Santa baby, are you ok? Boris Johnson says you are, but is he to be trusted?

When a child asked this week if Father Christmas could still visit despite the three-tier lockdown, the Prime Minister replied: ‘The Chief Medical Officer has asked me to tell you that, provided Father Christmas behaves in his usual responsible way, and works quickly and safely, there are no risks to your health or his.’

Not so fast, Boris. It is not quite that simple. For Santa has been hog-tied by new elf and safety rules — pinned down in his grotto by lockdown, socially isolated with his North Pole team.

The Prime Minister has advised leaving a bottle of hand sanitiser by the fireside milk and cookies for the old boy, but is that enough to SOS (Save Our Santa) and keep the spirit of Christmas alive? 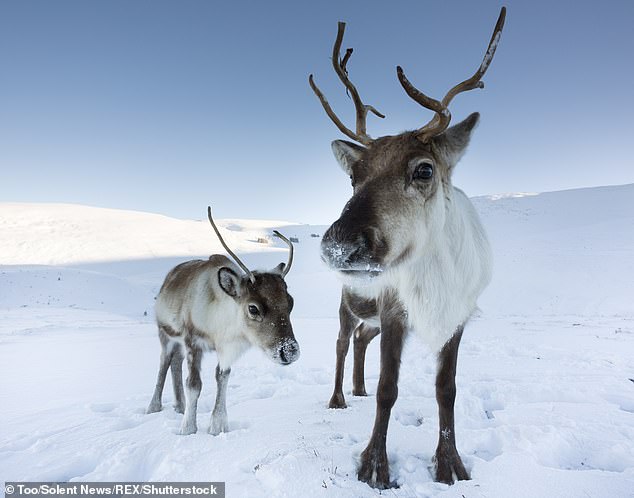 The good news is that, so far, all the reindeer have tested negative, although there is obviously concern about the persistent colour of Rudolph’s nose

Whatever happens boys and girls, be warned that it is going to be a very, very different Christmas this year for all of us, young and old alike.

Here is my guide to expecting the unexpected and — I’m sorry — preparing for the worst . . .

No, you didn’t. Mummy is not allowed to meet anyone socially indoors or outdoors she does not live with, or who is not in her support bubble.

So no kisses for Santa this year, underneath his beard or anywhere else.

Kiddies, it is time to learn the awful truth about Santa Claus. Which is that he doesn’t exist — in a bubble. And he should, if he wants to avoid catching this nasty disease.

When it comes to the pandemic, he is right up there in the danger zone. He is old (very), overweight (ditto) and that florid complexion suggests a host of troubling underlying health conditions.

In addition, he does a stressful job in an enclosed space surrounded by a platoon of labourers who whistle while they work.

It’s a nightmare. Santa should be shielding, not wielding the reins on a last-chance power drive around the globe. But it’s too late to stop him now. 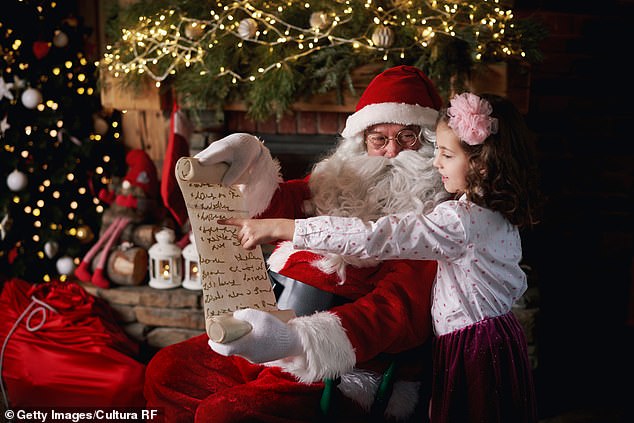 This is difficult. Some grottos in department stores and visitor attractions will remain open, but special rules must be obeyed

THE REAL MIRACLE OF CHRISTMAS

For once, not the birth of Jesus — but the fact that Santa has survived this torrid year.

He has not only escaped the pandemic so far despite being in a High Risk group — but also the fevered attentions of the wokerati whose divisive ideology has blighted so much of public life in recent times.

Any minute now they are going to stop trying to prove that Churchill was a Nazi and turn their toxic gaze towards Father Christmas. Look at him!

What has he ever done for trans rights, apart from the fact that all his workforce wear stripy tights?

Absolutely hee haw. He is an unashamed, white male symbol of the patriarchy and he revels in all the elitist entitlement that entails.

There is no role for Mother Christmas — quelle surprise — while his toy sack is full of gender-specific toys for girls and boys, not to mention crammed with chocs and sweets which are full of sugars and saturated fats. Ugh, what a beast.

He dresses in leather and fur and doesn’t care who knows it. 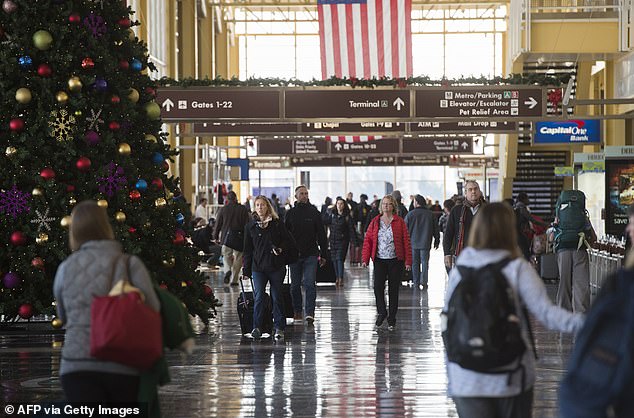 He keeps wild animals in captivity and fails all diversity quotas despite his laudable focus on employing the vertically challenged.

It is no secret that he overworks his reindeer teams and refuses to pay holiday bonuses, so perhaps it is no surprise if they laugh and call him names and won’t let him join in any reindeer games.

CAN REINDEERS GET COVID?

Good question. From their icy pastures on top of the world, Santa’s reindeers have been regarding the fate of the minks in Denmark with an uneasy gaze.

The good news is that, so far, all the reindeer have tested negative, although there is obviously concern about the persistent colour of Rudolph’s nose.

He remains under close observation, along with Vixen and Prancer and the rest of the gang.

In a bid to keep everyone calm, trigger words such as ‘hunting trophy’, ‘venison’ and ‘Bambi’s mother’ have been banned.

SANTA CLAUS IS COMING TO QUARANTINE

That is very naughty, not nice.

This is difficult. Some grottos in department stores and visitor attractions will remain open, but special rules must be obeyed.

Kids, no sitting on Santa’s lap and pulling his beard. Mums, same applies.

Social distancing rules must be obeyed, which means that Santa must stay at least two metres away at all times.

Masks must be worn, even when requesting presents. You must only attend with your family bubble, whoever he or she might be.

What are the chances of catching Covid while sliding down the chimney?

Expert opinion points to three categories: medium alert, high alert and very high alert, depending on the height of the chimney.

I’LL BE HOME FOR CHRISTMAS

Meanwhile, domestic citizens must avoid travelling to other parts of the UK, including for overnight stays other than where necessary, or to receive medical treatment.

Dad’s gravy and mum’s plum pudding do not count, even though they should.

If you have caring responsibilities you may travel, but who does not? Longer journeys can be made if you are providing voluntary or charitable services, including in other people’s homes.

Does gifting an auntie a pair of slippers count? That means I’m in. 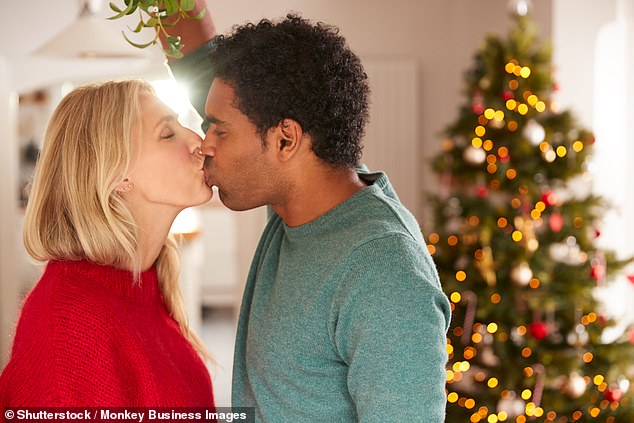 Should you find yourself under the mistletoe with an attractive stranger, do not panic. Remember the official Boris mantra: hands, face, space

Should you find yourself under the mistletoe with an attractive stranger, do not panic. Remember the official Boris mantra: hands, face, space.

I know what you are thinking. Now is not the time to consider what the Prime Minister’s priorities are when locked inside a cupboard with a shapely wench.

Experts claim there will be ‘less’ mistletoe this year and advise adopting the techniques used by department stores and supermarkets if you really cannot avoid a mistletoe moment.

The self-explanatory methods recommended are The Click And Collect, Please Use The Touch Points, The Drive-Through and — everyone’s favourite — The Grab And Go.

Everything was so much better. Now even Father Christmas must make an effort to follow the gathering limits and mask up at all times.

If you are having a party, please lay on an adequate supply of screens, visiting pods, quarantine defences, rubber gloves, crisps and nuts.

And remember that this year, Santa needs our support more than ever before. Ho, ho, ho.

Jen’s having the time of her life

Older women are continuing to have a moment.

Yes, some are writing whiny books about the menopause (how dare it happen to moi, is the gist) but others surf the grey wave and keep on going, like something magnificent carved onto the prow of a ship.

At the age of 86, Sophia Loren stars in a new Netflix film called The Life Ahead — in a real role, not some silly cameo where she drinks tea and skips about in an old-lady hat.

At the age of 47, Vanessa Paradis goes braless for a glossy magazine shoot, something to be attempted only by the very brave and very pert, while Jennifer Grey at 60 (above, and inset with Patrick Swayze in 1987) is back to star in a Dirty Dancing sequel three decades after she first pulled on her leg-warmers. So inspiring, each and every one.

And remember. Nobody puts baby in the corner. No matter how old she gets.

The world faces financial pain for years to come, but not everyone suffers — for the world’s most expensive handbag is on sale for a gasping £5.3 MILLION.

Made by Boarini Milanesi, an Italian firm, the dinky thing is fashioned from alligator skin embellished with diamonds and rare gems.

It is a stunt, of course, but still revolting both in concept and in design. And despite their pledge to donate some of the money to ridding plastic from the sea.

However, what gazillionaire would not be tempted by a three-night Christmas package from the Mark Hotel in New York that costs $175,000 (£131,000) but comes with a private performance of The Nutcracker and your own ensuite ice rink?

You stay in the five-bedroom, 12,000 sq ft penthouse where Meghan Markle had her baby shower last year. Don’t let that put you off. It sounds marvellous, darlings. 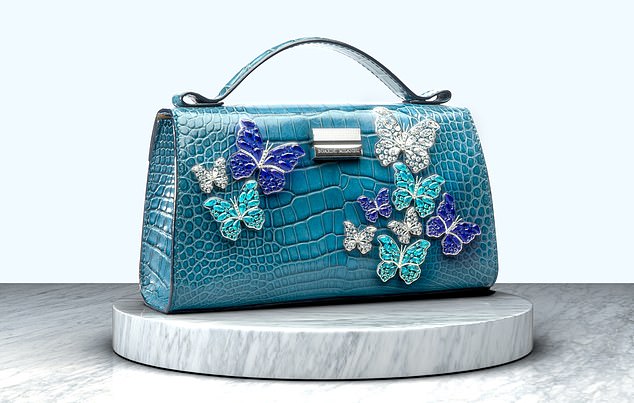 The world faces financial pain for years to come, but not everyone suffers — for the world’s most expensive handbag is on sale for a gasping £5.3 MILLION (pictured)

Botty booty ahoy! Like a partridge appearing in a pear tree, you know that Christmas cannot be far off when the first of the annual nude charity snaps pop up.

This year it is Cambridge University, with shots of comely students taking part in a ‘best bum’ competition.

So daring! Yet no one with a dodgy botty would ever enter, so what is the point? Except to show off.