Jan Wahl, a children’s author known for his nimble prose whose work over many decades was illustrated by eminent artists like Maurice Sendak, Norman Rockwell and Edward Gorey, died on Jan. 29 at a hospice facility near his home in Toledo, Ohio. He was 87.

His brother Rob said the cause was complications of metastatic cancer.

Mr. Wahl was an extraordinarily prolific author who published more than 100 books, many of which found favor with children and parents alike. His collaborating with leading book artists was one measure of the esteem with which his work was held; they can be notably selective about what children’s book authors they’ll work with.

His career began in 1964 with “Pleasant Fieldmouse,” a series of pastoral fables featuring anthropomorphic animals drawn by Mr. Sendak, who had published his classic “Where the Wild Things Are” the year before. Several of Mr. Wahl’s later books featured his field mouse protagonist, although none of the sequels were illustrated by Mr. Sendak.

Many of his books were lighthearted. In “Push Kitty” (1968) — illustrated by Garth Williams, known for his work on E. B. White’s “Charlotte’s Web” and “Stuart Little” — a girl dresses her disgruntled cat as a baby, then shows the cat off in a stroller. 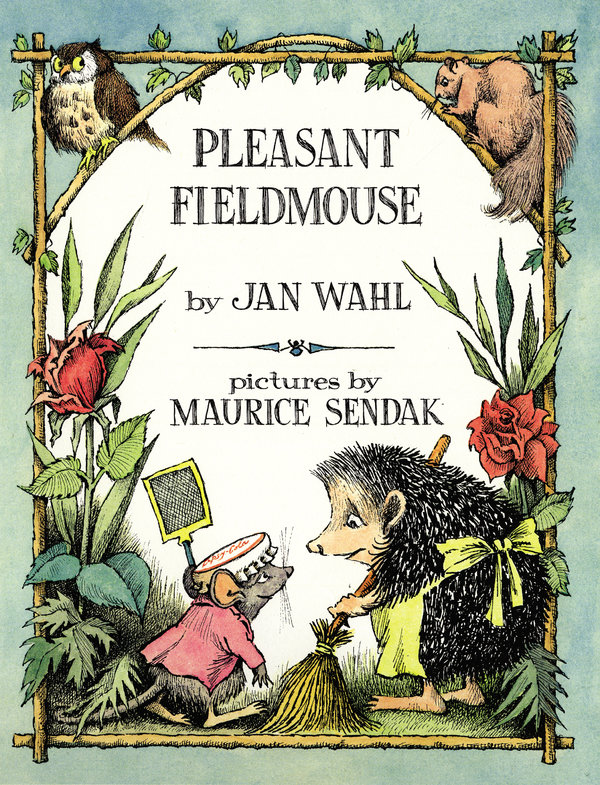 Others took on serious issues like warfare, which Mr. Wahl addressed in “How the Children Stopped the Wars” (1969), about children who parade onto a battlefield to demand peace.

All of his books were characterized by lucid writing, which he said he honed constantly. In “Lorenzo Bear & Company” (1971), the story of a bear determined to travel to the moon, illustrated by the Chilean cartoonist Fernando Krahl, he wrote:

“Lorenzo Bear one shiny evening gazed hard at the silver full moon above. ‘If man can get there, animal can too!’ he claimed. Therefore he decided he would build the first animal rocket.”

The author Joe McGinniss, reviewing “Peter and the Troll Baby” in The New York Times Book Review in 1984, said that “what particularly distinguishes this book is something quite rare in the genre — the spare, fine precision of Jan Wahl’s writing.”

“There was a gentleman named Hemingway who used to write language like that and for a long time people thought it was pretty good,” Mr. McGinniss continued. “I still do, and it is a wondrous surprise to find it in a book I get to read aloud at bedtime.”

Jan Boyer Wahl was born in Columbus, Ohio, on April 1, 1931, the oldest of six sons of Russell and Nina (Boyer) Wahl. His father was a doctor, his mother a homemaker. Jan grew up mostly in Toledo, and after graduating from Thomas A. DeVilbiss High School there in 1949 he attended Cornell University, where he earned a bachelor’s degree in English in 1953.

After college he went to Denmark to study on a Fulbright Scholarship, working for a time for Karen Blixen, the Danish writer who wrote “Out of Africa” and other books under the pen name Isak Dinesen. He earned a master’s degree in English literature and creative writing from the University of Michigan in the late 1950s.

In his memoir, “Through a Lens Darkly” (2008), Mr. Wahl wrote that he had submitted the manuscript for “Pleasant Fieldmouse” to more than a dozen publishers before Harper & Row accepted it and paired him with Mr. Sendak.

Mr. Wahl’s many other books include “Runaway Jonah and Other Tales” (1968), originally illustrated by Uri Shulevitz, and “Sylvester Bear Overslept” (1979), illustrated by Lee Lorenz. His most recent book, “Hedy & Her Amazing Invention,” was published this month by Penny Candy Books. Illustrated by Morgana Wallace, it tells the life story of the actress Hedy Lamarr, emphasizing her work as a scientist and inventor.

In addition to his brother Rob, Mr. Wahl is survived by two other brothers, Michael and Douglas.

Mr. Wahl told The Toledo Blade in 2006 that as he grew older he recognized two different ways to view aging, only one of which made it easy for an adult to write for children.

“I think that for many people, it’s like going from train station to train station, leaving things behind,” he said. “But for me, it’s more like a tree, adding rings every year. So it’s not that difficult to suddenly go back to being age 4.”