Does the “best Chris” have to be named Chris after all?

Jason Sudeikis stepped out in a blue suit at the 2021 Emmys, sparking comparisons to Chris Evans’ strikingly similar 2019 Oscars look.

Although the “Ted Lasso” star’s Tom Ford ensemble wasn’t actually the same as Evans’ Salvatore Ferragamo version — plus, he accessorized with Eazy-E Stance socks — Twitter users were quick to point out the stars’ matching velvet jackets and black bowties.

“I appreciate Jason Sudeikis upcycling this suit from Chris Evans. They both wore the hell out of it,” one tweeted, while another added, “IS JASON SUDEIKIS WEARING THE CHRIS EVANS BLUE VELVET SUIT ???? we stan men with taste.”

Others referred to the “Captain America” star as a “trendsetter,” wondering, “do you think jason sudeikis told his stylist that he wanted to look like chris evans.”

Sudeikis is up for four awards for “Ted Lasso” at the 2021 Emmys, where his co-stars including Brett Goldstein and Hannah Wadingham have already taken home trophies. 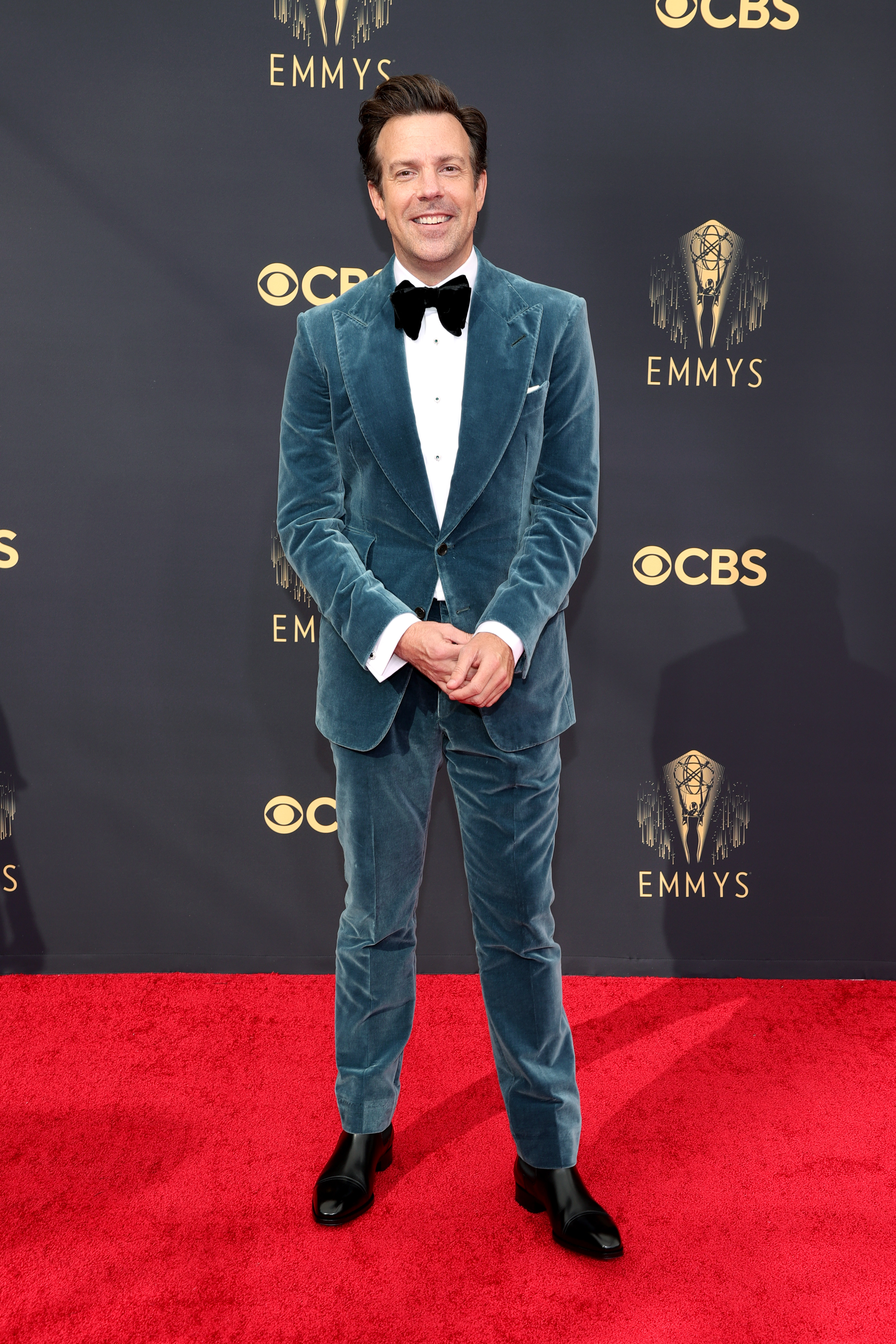 Regardless of the style inspiration, the star’s suit is certainly a departure from the more casual award show styles he’s sported as of late.

Sudeikis wore a tie dye hoodie from his sister’s dance studio, Forward Space, to the virtual Golden Globes in February after ditching the Tom Ford suit he was planning to wear. And he continued the trend at the Critics Choice awards in March, where he sported a Crockett High sweatshirt nodding to ex-fiancé Olivia Wilde’s directorial debut, “Booksmart.”

“I 100% knew that was going to be a whole to-do. That’s me. I’m a rebel rouser,” he later said, doubling down on his dressed down style.

Something he likely didn’t predict, though? A who-wore-it-best battle with Captain America.