“What I’m coming closer to understanding is this idea of connection,” says ZIIMUSIC, aka Zii, the Zimbabwe-born Melbournian hip hop artist and performance poet who’s just taken a sharp turn into jazz. 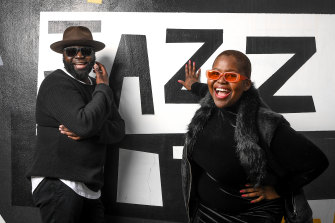 “And it lifts your burdens.”

Zii, along with his mate Thando, will be a highlight of the 2021 Melbourne International Jazz Festival: an October dream of three world premieres, 13 album launches, and over 400 artists at 30 venues. 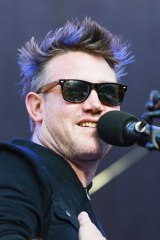 Hadley Agrez, festival CEO and program director, was determined to be optimistic. After 2020’s cancelled event, followed by an online mini-festival later in the year, he wanted to get back to live.

“While people are still willing to watch things online, and it’s a great thing for us in terms of accessing parts of the county that we wouldn’t otherwise, that appetite has kind of waned,” he says. “The excitement in the community is to get back out and go to live music. And that’s not just from the audience, that’s from the artists themselves.”

He, and they, want the city’s streets buzzing, want that immediate interplay between musicians and audiences that jazz is all about.

It wasn’t going to be a year to focus on the international jazz scene, Agrez says. But that allowed them to home in on Australian jazz, and the Melbourne scene in particular. “It became a really exciting process. It’s an incredibly diverse community, there are jazz stories in the migrant community, in First Nations voices.”

In younger generations, he says, they found a willingness to stray across genres – “which is a beautiful feature of jazz as an artform, it’s how it stays current and continues to evolve”.

ZIIMUSIC is the perfect example. His full band show The Experience will pay respect to the legacy of the legendary late father of South African Jazz “Bra Hugh” Masekela and Zimbabwean music royalty Oliver “Tuku” Mtukudzi.

He turned to jazz after being stuck at home in lockdown, trying to make a hip hop mixtape but “I couldn’t find words. The intensity of last year had clogged up my ability to express myself”.

“My dad said, ‘Hey, look, you’re a musician, why don’t you just share your culture and your music?’”

And in music he discovered the words he was looking for. “Playing an instrument is a unique language, it offers what words can’t,” Zii says.

He teamed up with Thando, also from Zimbabwe, who has recently started to rediscover the music that was all around her in her childhood, down to the lullabies her mother would sing.

She loves the political edge to it.

“Music is the most universal tool that we can use to invoke change,” she says. “And part of that change is not just dwelling in the doom and gloom and the sadness of how hard things are, it’s also celebrating how far you’ve come and celebrating unity.”

While the pandemic lockdown has been devastating for her industry, there’s a plus side: “Promoters are definitely looking within their own backyards and giving us the opportunities that I feel we so deserve.”

And for those who’ve been there, done that and worn the beret, he says check out This World – “about as strong a jazz quartet as you can find in the country”.