JENNI MURRAY: It's the lax parents who need a lesson at Fat Camp

Reading that there’s been a record rise in obesity among children is heartbreaking. The official figures show one in four 10 and 11-year-olds in England is obese.

At that age, they can face a lifetime of stigma and ill health, ranging from type 2 diabetes, heart attacks, strokes, cancers and mental health problems. They find themselves shamed by their contemporaries, never included in teams for games or, as they get older, never invited to go out and have fun.

It makes sense for the NHS to introduce schemes where teams of specialists in the science and psychology of size will assess obese children from two to 18, find out why they have gained weight and work out how to help them achieve a healthy body weight, get fit and improve their mental health.

But something important has been missing in all I’ve read about plans for these clinics. Parents. 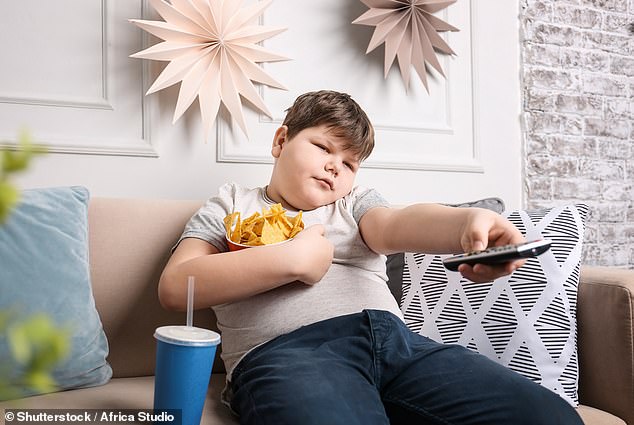 Surely parents should be the first port of call for anyone trying to help children lose some of the weight which stops them enjoying their childhood and threatens to become a financial timebomb for the NHS.

My own obesity has been a pre-occupation throughout a large part of my adult life. And since the surgery which helped me lose half my body weight nearly eight years ago, I tend to watch closely what other people put into their supermarket trolleys.

Rarely have I seen a week’s worth of fruit, vegetables and ingredients for home cooking.

Being fat or thin is a complex business. We are all different sizes and genetics and metabolism play a part. But obesity’s primary cause is the consumption of too much of the wrong kind of food and a sedentary lifestyle. If a child becomes obese, it is not his or her fault. Parents must be taught how best to care for their children.

I know the influence a parent can have. My mother was a wonderful cook who used only the best ingredients. Her mistake was in never understanding the importance of appetite. She spent hours cooking the food through which she expressed her love. She damaged the regulation of my appetite. Huge helpings were put on my plate. When I said I was full she was furious. I never learnt how to stop when I’d had enough. 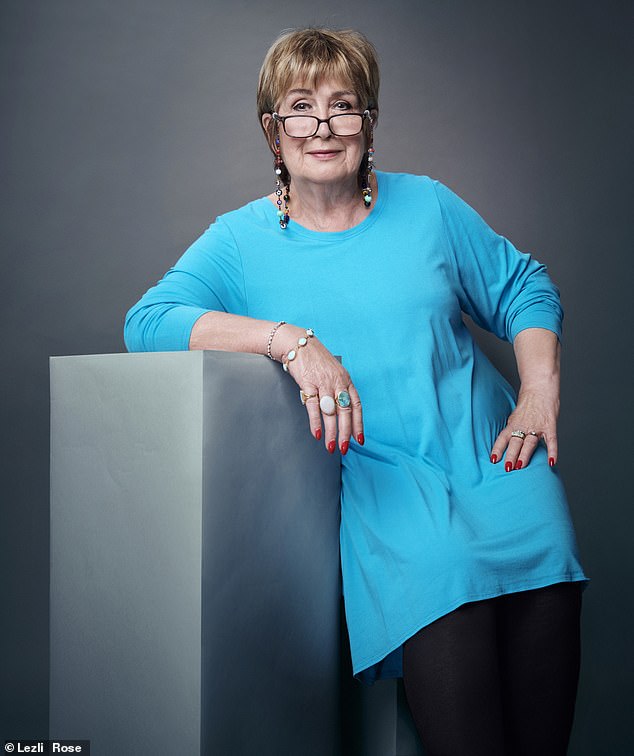 Jenni Murray (pictured) said making a child ashamed of their size just leads to loneliness and misery, so it’s important to educate parents about the psychological aspect of weight too

As I gained weight as an adult, my being too fat became an obsession for her. I tried every diet possible as she shamed me. I lost weight, then my hormones kicked in, made me hungry and I regained all I’d lost and more. Shame from my mother continued till the day she died, driving me to comfort eating.

Which is why it’s so important to educate parents about the psychological aspect of weight, too. So let’s not call such clinics Fat Camps. It was famously chubby actor James Corden who said, ‘If fat-shaming worked, there’d be no more fat kids in school’.

Making a child ashamed of their size just leads to loneliness and misery. What is there for a fat child who’s teased and excluded by their peers? Nothing except to hide away at home, watching television, glued to a phone or tablet and finding comfort the only way they know — eating.

So much is known now about the science behind obesity. I hope the dietitians, psychologists and paediatricians running these clinics will ensure it’s not just the kids who learn how to eat and exercise properly. The mothers and fathers must be taught, too.

Now Let’s get this straight, I hate seams 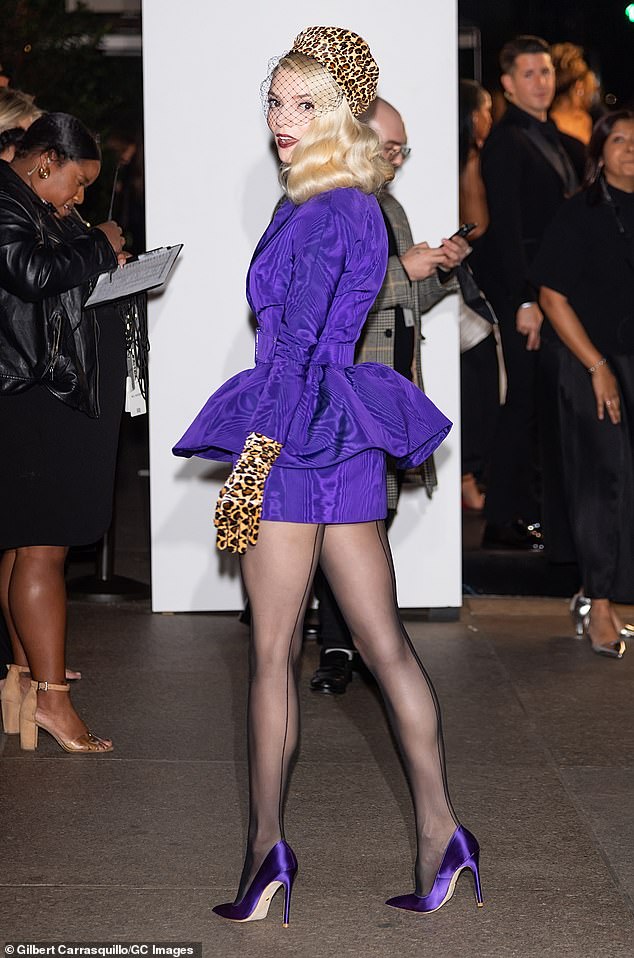 Jenni admits she shrieked with horror at the photo of Anya Taylor-Joy (pictured), named Face of the Year at the 2021 CFDA Fashion Awards in New York

I shrieked with horror at the photo of Anya Taylor-Joy, named Face of the Year at the 2021 CFDA Fashion Awards in New York. It was not her purple Oscar de la Renta mini dress that upset me, but her legs… the seams on her tights! The bane of my teenage years was my mother’s constant question: ‘Are my seams straight?’ and her ‘Straighten your seams, love.’ Please, please tell me they are not coming into fashion again.

We must fight for our right to pee!

There seems to have been a big rise in the number of men relieving themselves in the street. I hate it. It’s vulgar, unhygienic and smelly and, of course, something women can’t do with any discretion if taken short.

Trying to find a public toilet is virtually impossible. The number maintained by local authorities has fallen by 19 per cent in the past six years. Friends advise nipping into a Costa, a McDonald’s or even a pub, but no one wants to risk being told, ‘Our facilities are provided only for our customers.’ So embarrassing in front of a crowd.

The first public toilet was created for the 1851 Great Exhibition. A few more opened the following year, but they were mostly for men. A term known as the ‘urinary leash’ became commonplace. Women were unable to break away from the assumption that their place was in the home. They couldn’t go further than their bladders would let them, which, when older, is not far.The real push for women’s facilities came as department stores developed. They needed to attract women into town to make money. The Ladies had arrived. And now they’re going. It’s political. We must fight for the Right to Pee, or we’ll be back on the ‘urinary leash’, tied to the home for lack of a suitable convenience. 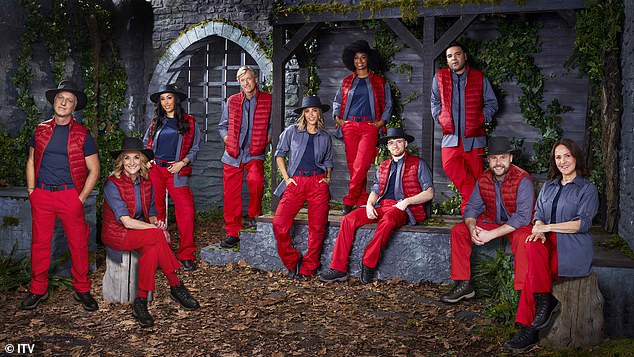 As another series of I’m A Celebrity (pictured) begins, Jenni admits she still feels sorry for the spiders

I’m no arachnophobe, so I wasn’t scared of bugs descending on me. Frankly, I felt sorry for the spiders. Still do, as another series (see above) is set to begin.

This week Lord Blencathra proposed in the House of Lords an amendment to the Police, Crime, Sentencing and Courts Bill. He argues that women’s prisons should no longer be allowed to house trans women who are guilty of violent or sexual offences and may have male genitalia.

Astonishingly, he told the House more men than women had spoken on the issue, as even though ‘many noble Baronesses’ had asked him privately to raise this question of the safety and privacy of women, they told him, ‘We dare not speak out’.

How shocking that such powerful women should be cowed by the transgender activists and their frightening threats of cancellation and worse.