JK Rowling has revealed that she had already started writing Harry Potter before she started visiting the Edinburgh café that claims to be ‘birthplace’ of the book series.

The Elephant House café is widely regarded as the place where the author, 54, penned the first of the seven hit fantasy novels before it was published by Bloomsbury Children’s Books in 1997.

And while news that Joanne used to frequent the cafe in the early days of her writing career has made the venue famous among fans across the world, the author revealed today that she actually started writing the series in London.

Sharing a note on Twitter, she revealed that the ‘true’ birthplace was her flat in Clapham Junction – adding that she did write some of the well-loved book series at the cafe later. 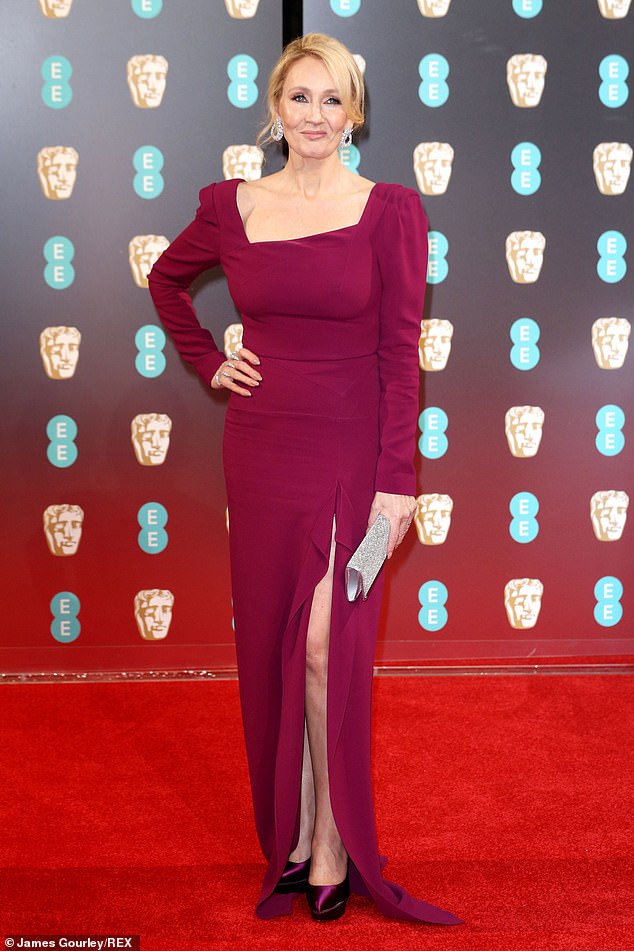 J.K. Rowling, 54, has revealed she had already started writing Harry Potter before she started visiting the Edinburgh café that claims to be ‘birthplace’ of the book series (pictured) 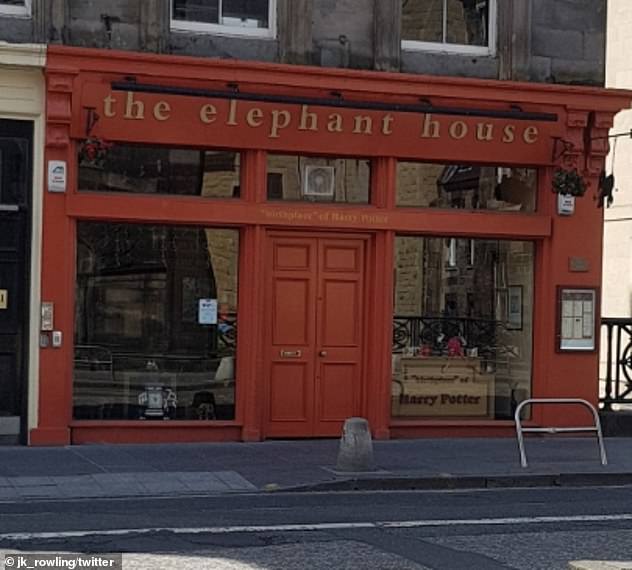 The Elephant House café (pictured) is widely believed to be the place of the seven hit fantasy novels but today on Twitter the writer cleared up misconceptions, revealing she had been writing the series for years before visiting

The revelation came after fan Miguel Rodríguez tweeted to ask the author: ‘Tell me the truth about this “birthplace of Harry Potter”.’

In reply, Rowling commented: ‘I was thinking of putting a section on my website about all the alleged inspirations and birthplaces of Potter.

‘I’d been writing Potter for several years before I ever set foot in this cafe, so it’s not the birthplace, but I *did* write in there so we’ll let them off!’

The author, whose full name is Joanne Rowling, revealed how she actually conceived the idea for Harry Potter in 1990 while sitting on a delayed train from Manchester to London King’s Cross. 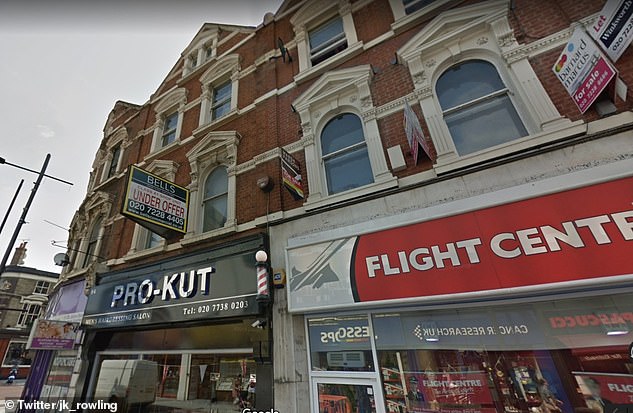 She explained: ‘If you define the birthplace of Harry Potter as the moment when I had the initial idea, then it was a Manchester-London train.

‘But I’m perennially amused by the idea that Hogwarts was directly inspired by beautiful places I saw or visited, because it’s so far from the truth.’

After putting pen to paper for the first time in Clapham, Joanne spent the next five years plotting out all seven books, writing notes on odd scraps of paper in longhand.

And later, sharing a picture of her flat in South West London the author commented: ‘This is the true birthplace of Harry Potter, if you define ‘birthplace’ as the spot where I put pen to paper for the first time. 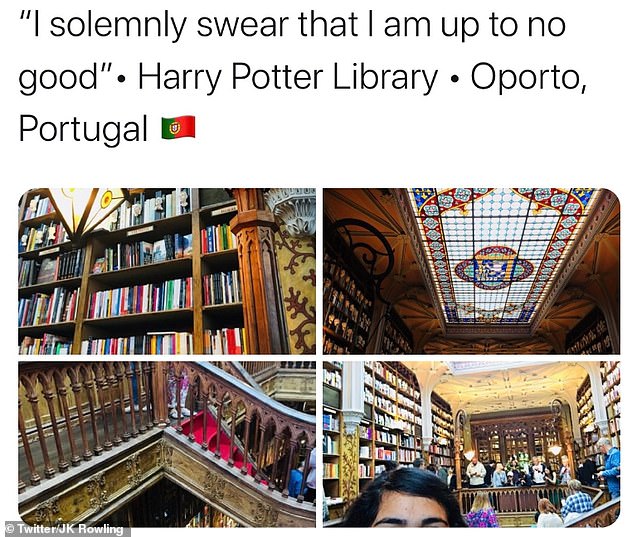 Later on in the thread, the author clears up more misunderstandings about her inspiration for the book, sharing a picture of a bookshop in Porto, Portugal, also cited as potential inspiration

‘I was renting a room in a flat over what was then a sports shop. The first bricks of Hogwarts were laid in a flat in Clapham Junction.’

In 1991, the author visited the Bourneville Hotel in Manchester, where she invented Quidditch.

Later on in the thread, the author cleared up more misunderstandings about her inspiration for the book, sharing a picture of a bookshop in Porto, Portugal, also cited as potential inspiration.

She wrote: ‘I never visited this bookshop in Oporto. Never even knew of its existence! It’s beautiful and I wish I *had* visited it, but it has nothing to do with Hogwarts!’ 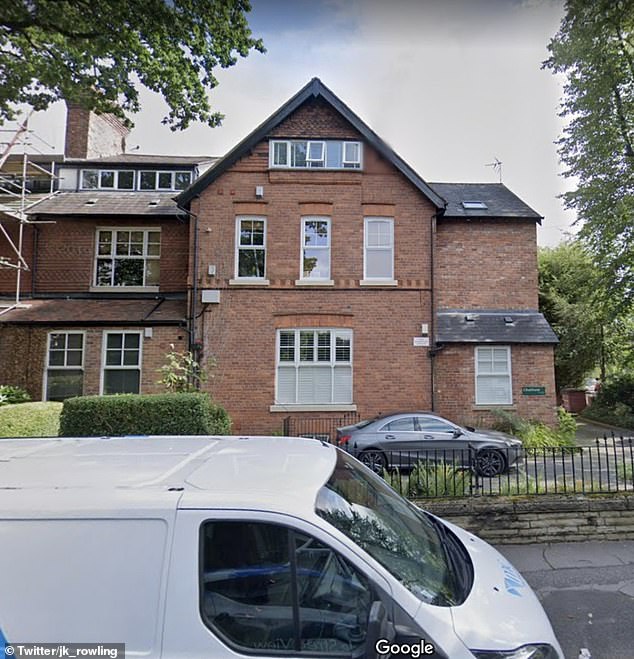 In 1991, the author visited the Bourneville Hotel in Manchester, where she invented Quidditch

After moving to northern Portugal to teach English, she married Jorge Arantes in 1992 and had a daughter, Jessica, the following year.

She returned to the UK when the marriage ended later that year to live in Edinburgh, with Jessica and a suitcase containing the first three chapters of The Philosopher’s Stone.

Once the author had a full manuscript, she sent the first three chapters to a number of literary agents,one of whom wrote back, with Joanne calling it ‘the best letter she had ever received in her life.’

The book was first published by Bloomsbury Children’s Books in June 1997,  before being turned into a hit film series in 2001.