JOHN HUMPHRYS: Boris needs a jester to stop policies being a bad joke

JOHN HUMPHRYS: Boris needs a court jester… to stop his policies being a bad joke

Boris Johnson needs a fool. Indeed, all prime ministers need one — and let’s have no cheap cracks from those who suspect his problem is not an absence of fools but a surplus of them.

Nor, God forbid, should we heed the sharp-tongued friend of mine who observed: ‘All Johnson has to do if he’s in search of a fool is look in the mirror!’ Most unfair.

And anyway I’m talking about a special kind of fool, otherwise known as a court jester.

The last of them disappeared a few centuries ago but they performed a valuable function apart from making the monarch laugh. 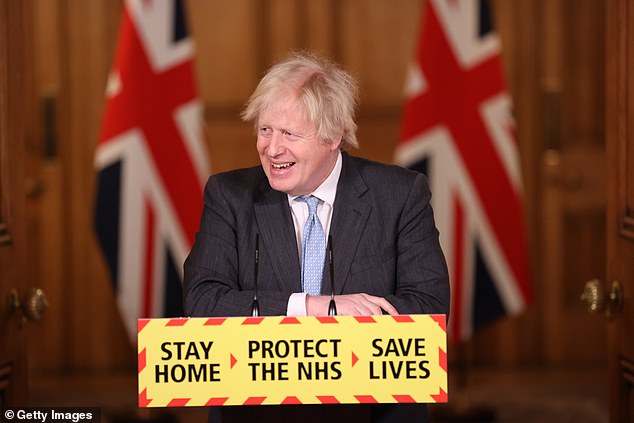 Boris Johnson needs a fool. Indeed, all prime ministers need one — and let’s have no cheap cracks from those who suspect his problem is not an absence of fools but a surplus of them

They told the King things that no one else would have dared mention without risking an appointment with the executioner.

Will Somer was a famous jester at the court of Henry VIII. Historic England tells us one of his most pointed ‘jokes’ went like this: ‘As please your Grace, you have so many frauditers… and so many deceivers to get up your money that they get all to themselves.’

In modern language, the King was being royally ripped off. In modern times it’s the taxpayer who gets ripped off all too often.

One example: the scandalous waste of money at the start of the pandemic when contracts worth many millions were awarded to companies for vital kit such as PPE even though they had virtually no experience of providing it. What they did have was the right contacts in high places.

Sometimes, even ministers themselves admit they’ve been stupid. The Transport Secretary Grant Shapps did it the other day. He told a committee of MPs that ‘smart’ motorways were anything but smart. 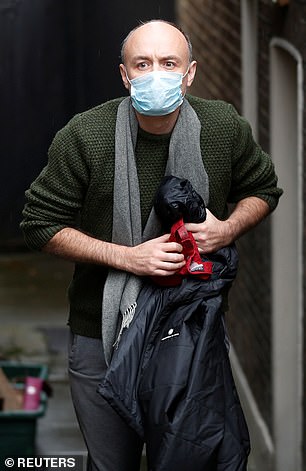 Boris Johnson thought he would be able to bypass the sclerotic nature of the Number 10 machine by making the maverick Dominic Cummings its boss. That went well, didn’t it?

‘Death traps’ was the phrase used by a coroner recently. Just this week, Highways England was referred to prosecutors and may face a corporate manslaughter charge after yet another death.

Anyone who’s ever driven on a motorway knows that hard shoulders are there for a reason. But the policy went through anyway.

What was lacking was a bit of that undervalued and often derided commodity: common sense.

Another example: Can you imagine anyone in this country being sentenced to jail for ten years because they told officials at Heathrow they’d just come from Spain when they’d actually been in Portugal?

Of course you can’t, even if Portugal is on the so-called ‘red list’ of 33 countries where Covid may be a greater risk than it is here.

So why did Matt Hancock threaten it this week? Perhaps he really believed it would act as a deterrent to any would-be rule breaker. But deterrents work only if they are credible. This one isn’t.

Common sense was jettisoned on Thursday, too. The Government announced it is reforming the NHS. Again. These reforms will reverse the last reforms of ten years ago. Maybe they will work and maybe they won’t, but one certainty is they will, once again, cause massive disruption.

Did anyone in Whitehall point out that we are in the middle of the greatest health crisis in living memory? I bet the over-rewarded management consultants didn’t.

They earn their considerable fees by peddling change. In the last reforms a doctor friend, making polite conversation with one such consultant who was telling him how his hospital should be run, gently enquired which previous hospitals he’d worked in. ‘Oh, this is the first,’ he replied. ‘I was in a biscuit factory last month.’

It’s not that governments never get it right. We are reaping the benefits of a brilliant vaccination programme as I write. But let’s remember it’s the scientists and researchers who made it possible.

And let’s also remember what the Government got horrendously wrong.

Last month, we recorded the highest Covid death rate in the world. That’s in spite of one lockdown after another and measures that have crippled our economy for years to come and blighted the future of countless children.

Some policies have been unthinking and inhuman: effectively killing old people by turfing them out of hospitals into nursing homes, so denying vast numbers even the comfort of a dying hug with their loved ones.

Some have been simply barking. ‘Eat out to help out’ was nothing but a cheap gimmick — except that it wasn’t cheap. We are paying for it still.

And what about the nation being endlessly ordered to ‘protect the NHS’? A meaningless and even harmful notion. The NHS is there to protect us. It would have been more honest had it read: protect the NHS for Covid victims.

We shall probably never know how many people with other illnesses have suffered or even died because they were afraid to trouble their GP or hospital. They wanted to ‘protect the NHS’ and, as a result, vital tests and examinations were delayed.

I could continue this litany of government failures and misjudgments but it is not, of course, just this Government. The problem is endemic.

My proposal to bring back the court jester may be flippant, but there is a great vacuum in government where common sense should sit. Most prime ministers have recognised this at some level. Most have failed to correct it.

Boris Johnson thought he would be able to bypass the sclerotic nature of the Number 10 machine by making the maverick Dominic Cummings its boss. That went well, didn’t it?

Until fairly recently, the role of the wise fool was often filled by unambitious backbench MPs. On the Tory side they might have been the knights of the shires, not necessarily the sharpest knives in the box but with an ear to the ground for what their constituents thought made sense. They spotted Margaret Thatcher’s poll tax for the nonsense it was.

On Labour’s side, they were often elderly trade unionists, the famous ‘horny-handed sons of toil’ rewarded for a lifetime’s dedication to the Labour movement with a safe seat for a few years and equally attentive to what their own grassroots were thinking. 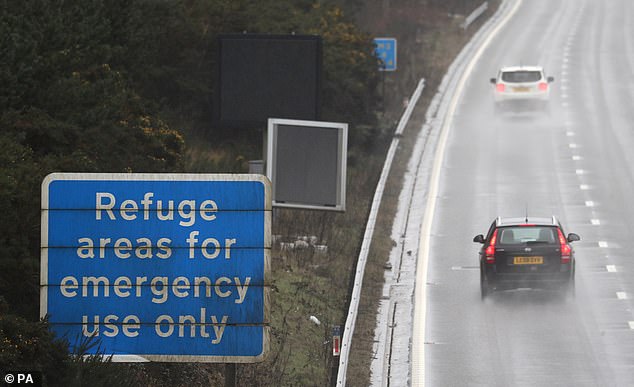 Sometimes, even ministers themselves admit they’ve been stupid. The Transport Secretary Grant Shapps did it the other day. He told a committee of MPs that ‘smart’ motorways were anything but smart

What linked both groups was that they brought experience and, yes, a bit of common sense to the affairs of state. Crucially, they were no longer chasing promotion, anxious to tell prime ministers only what they wanted to hear.

Both breeds are now largely extinct, supplanted by young career politicians. They are smart for sure, but too often out of touch with the people who gave them their jobs. The voters.

It’s not as if there aren’t plenty of sensible, public spirited, decent people out there who don’t want political power but do want to get involved at some level. They’re the sort who become lay magistrates or school governors or volunteers in the Covid crisis.

They’re the sort who aren’t afraid to say what they think. People like Jackie Weaver, who won the nation’s respect by standing up to the bully boys on Handforth Parish Council.

Ms Weaver is no court jester but Boris Johnson could do worse than tap into the common sense of her and many more like her.

Ever heard of the ‘gate control’ effect in medicine? I hadn’t either until I crashed my bike the other day and fractured my elbow. Boy, did it hurt.

The pain started to subside after a few days and that’s when my other injuries — hands and hip —started to kick in. I joked to my doctor that my brain had been kind and blanked out the lesser pains so I could deal with the bigger one. No joke, he told me. Apparently, special nerves that do not transmit pain signals are activated and they ‘close a gate’ to the other sources of pain.

I asked him what lesson I should take from this. His answer? ‘Cycle more carefully.’ 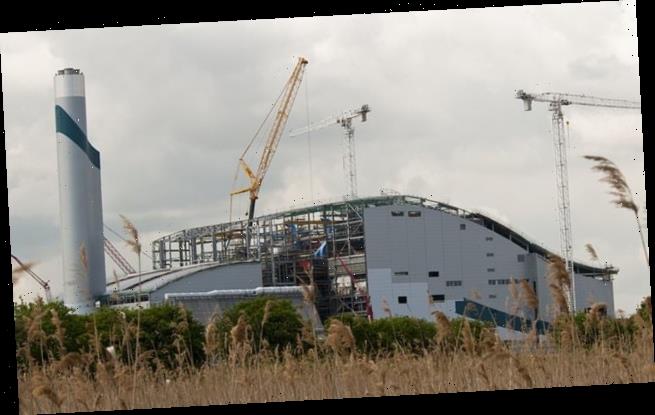 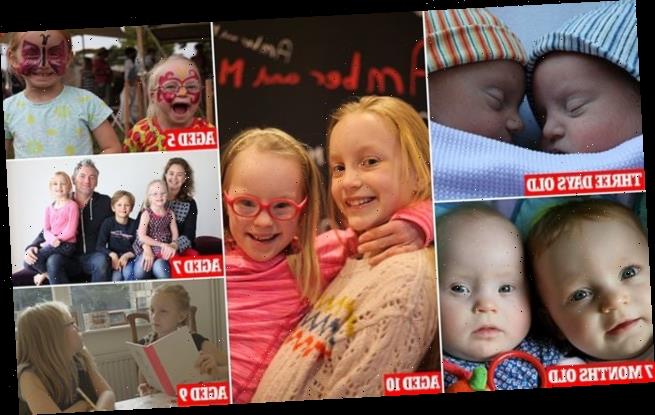 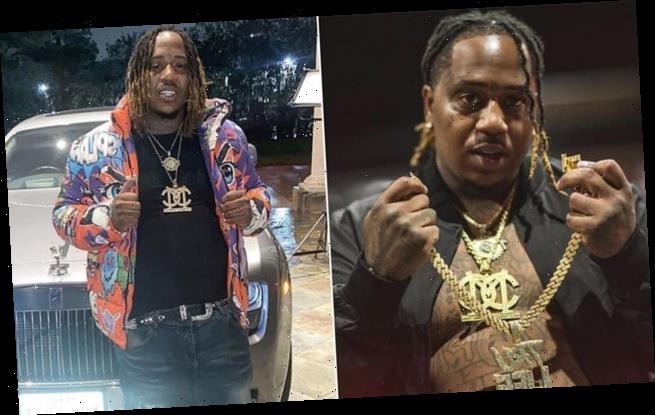