Jude Law’s daughter in The Holiday is now a punk

What would Jude Law say? Child star who played actor’s angelic daughter in festive favourite The Holiday looks VERY different 12 years after it hit screens – as a self-styled ‘pint-sized punk’

She was the adorable child star of one of the nation’s best loved Christmas films The Holiday, but you would struggle to recognise Miffy Englefield today.

The 19-year-old actress, from Hampshire, who played Sophie in the 2006 film has transformed from her sweet seven-year-old self into a punk with a very racy Instagram account.

The account is filled with pictures of Miffy sporting piercings, dark eyeliner and fishnet tights to support her new edgy image.

Miffy’s image is a far cry from that of her character Sophie in the much-loved Christmas film where she stared as the daughter of Jude Law’s character Graham alongside her on-screen sister Olivia (Emma Pritchard). 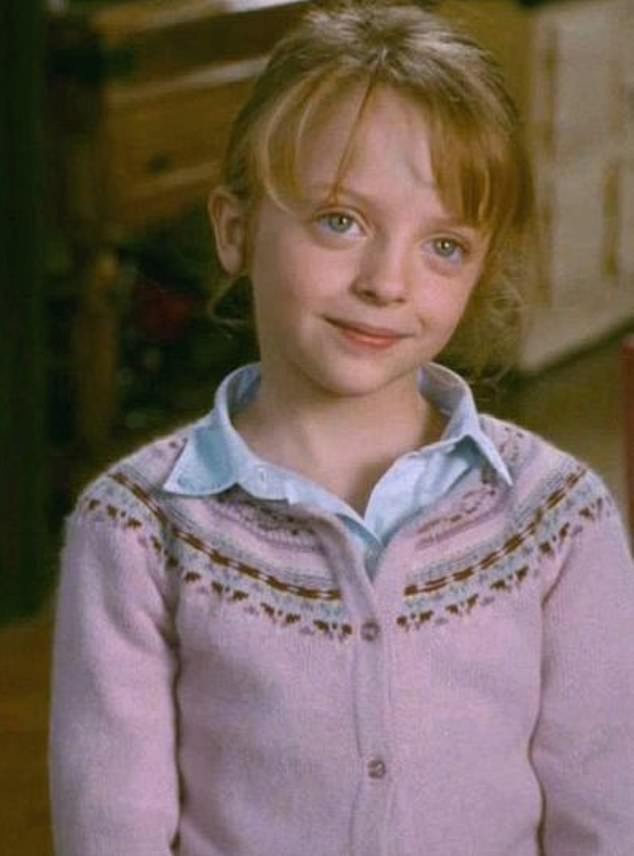 Miffy Englefield played adorable Sophie (pictured) in The Holiday, who was one of Jude Law’s character’s two daughters 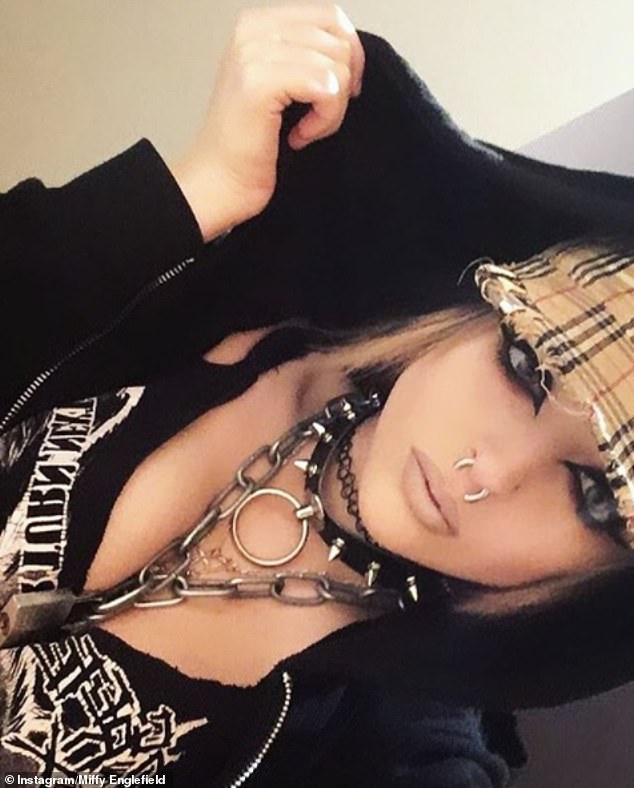 Miffy is now 19 and has adopting a punk image, completely with a nose piercing, heavy eye makeup and studded necklaces. Pictured, a selfie taken by Miffy last month

Miffy was just seven when the film came out and she was seen playing the scene-stealing little girl who attempted to set her dad up with Cameron Diaz’s character Amanda.

Miffy’s real name is actually Rebecca but she got her nickname because of the messy hair she used to sport as a little girl.

In her Instagram bio the teen describes herself as ‘Short, loud and mostly ridiculous’.

She also calls herself a ‘pint sized punk rocker that can probably eat spicier food than you’. 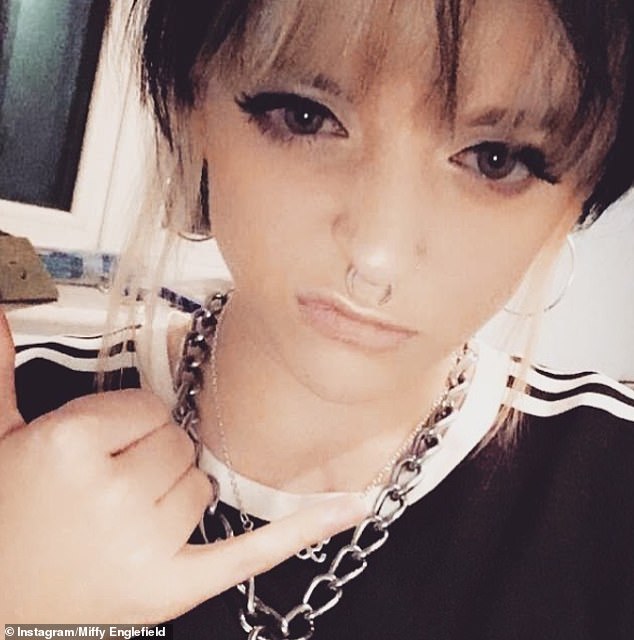 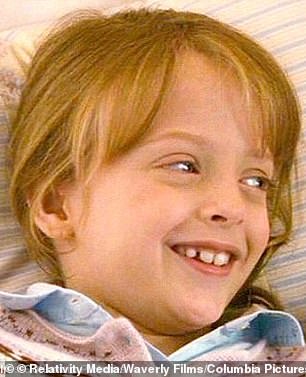 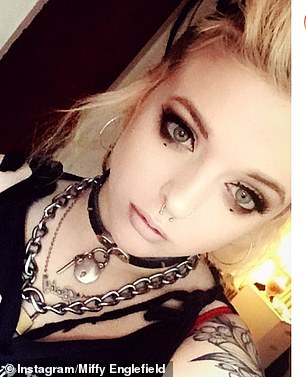 Miffy’s character Sophie (left) wanted to set up her dad with Cameron Diaz’s character Amanda. Miffy, whose real name is Rebecca, sports a large tattoo on her shoulder (right) 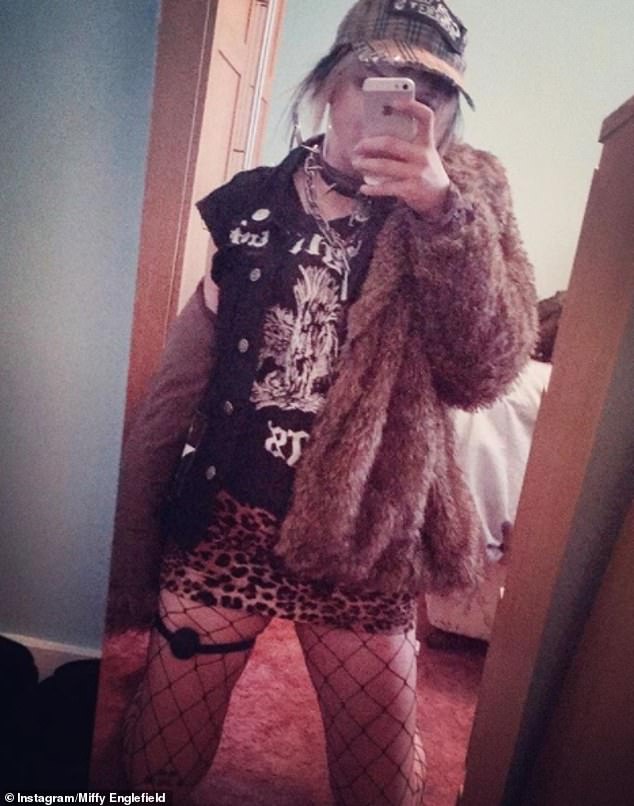 The teen, from Hampshire, (pictured in fishnets, leopard print and a fur coat), describes herself as ‘Short, loud and mostly ridiculous’ on her Instagram account

In one picture she poses in a leopard print miniskirt, fishnets and fur coat, captioning the snap: ‘Fur coats, fake Burberry and leopard print coz we looove the tackiness.’

Another post reveals she has a huge flower tattoo on her shoulder and a nose piercing.

Miffy went on to star in 12 episodes of Casualty between 2008 and 2010 and appeared in a short film called Beautiful Enough.

Her snaps also show that she served a stint working in McDonald’s during her teenage years following her Hollywood fame. 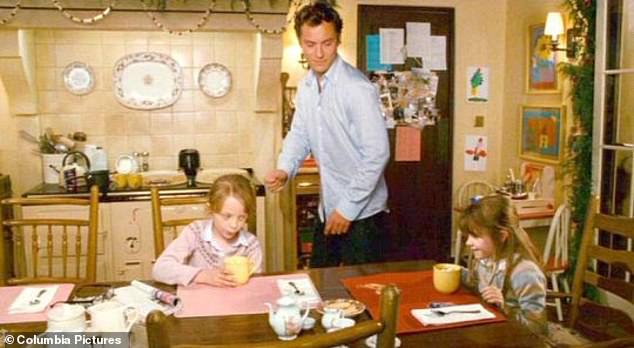 Jude Law’s character Graham (centre)  was a widowed father to two adorable daughters, Sophie (left) and Olivia (right), played by Emma Pritchard who hasn’t starred in any other films 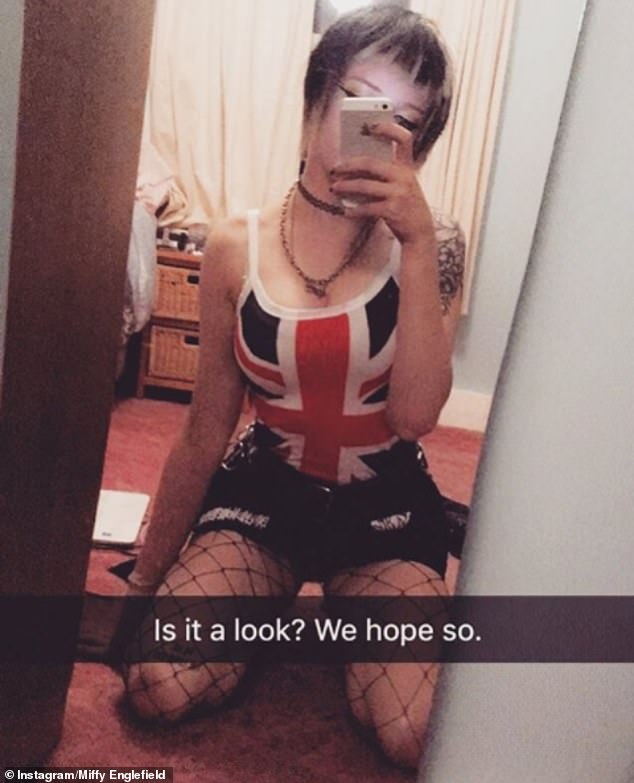 After The Holiday, Miffy (pictured in fishnets and a Union Jack print top) went on to star in 12 episodes of Casualty between 2008 and 2010 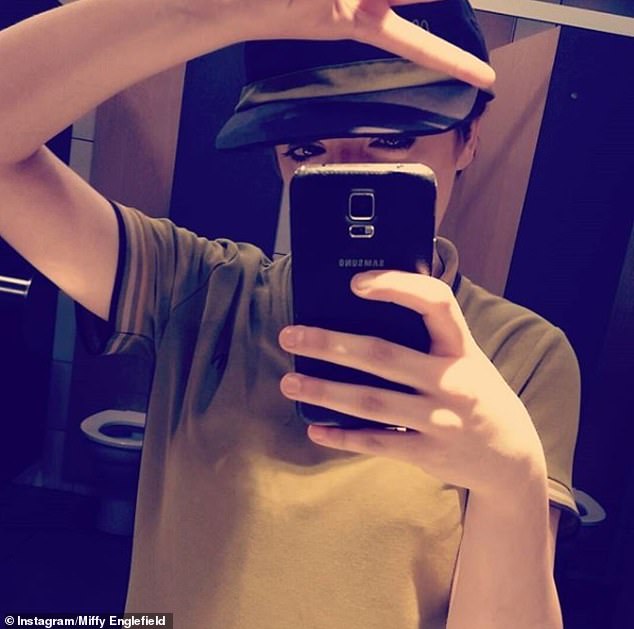 Aside from her small acting roles Miffy also served a stint working in McDonald’s. Pictured in her uniform back in 2016

She previously revealed that she would like to continue acting.

‘I’d definitely love to work again in the acting world, the experiences I gained from the things I’ve done in the past were incredible and I’d love to carry it on.’

And speaking on her Instagram story on Wednesday she said: ‘I don’t really search for acting rolls actively any more because I think people with body mods aren’t really sought after, which is such a shame because I’d love to go back into acting –  if the demand was there and if I was ever approached I’d definitely consider it.’

Her onscreen sister Olivia, who was played Emma Pritchard hasn’t gone on to have an acting career and lists The Holiday as her only role.