Justin and Hailey Bieber Reunited With Shawn Mendes, Camila at the Met Gala 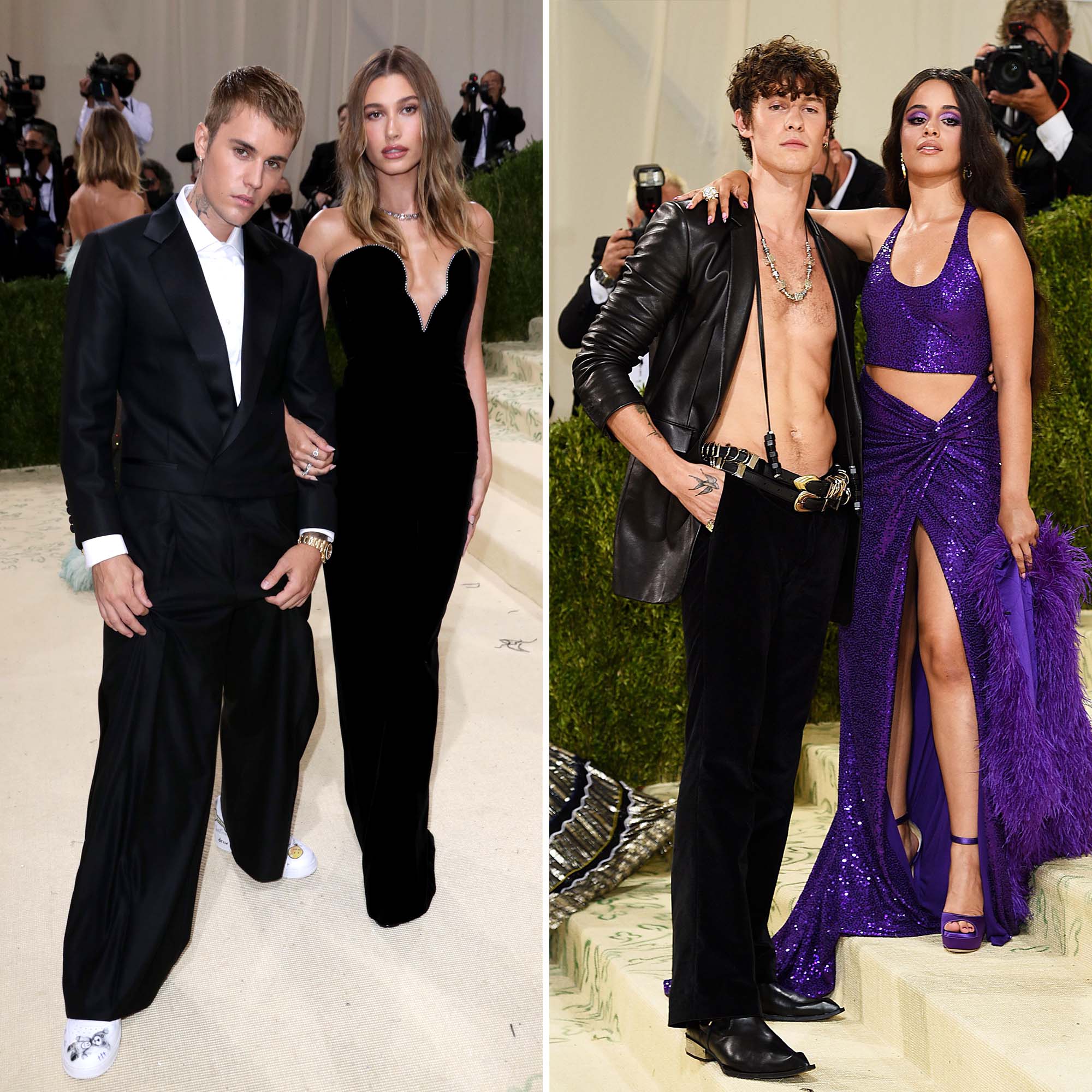 A historic reunion. Fans had lots of opinions when footage of Justin Bieber and Hailey Bieber (née Baldwin) running into her ex Shawn Mendes and Camila Cabello at the 2021 Met Gala went viral.

On Wednesday, September 15, Vogue posted a video of Mendes, 23, and Cabello, 24, getting ready together for the New York event. In the clip, the camera is on the pair as they see Hailey, 24, and Justin, 27.

The “Havana” singer went over to Hailey and Justin first, saying, “Hi, how are you? Good to see you!”

The ladies shared a hug and then Cabello hugged the “Peaches” performer as well, adding, “How are you? Great performance last night. Killed.”

Mendes joined his girlfriend in hugging the married couple, with the men exchanging pleasantries as well. Justin commented on the “Stitches” singer’s exposed wardrobe for the event before his wife ended the exchange, “I think they’re ready. We’ll see you guys there.”

Justin told Mendes and Cabello, “We’ll see you guys. Love you so much,” before joining his wife.

After the moment was posted on TikTok, fans debated whether the meeting was awkward or not.

“The tension here is just🧍🏻‍♂️too much,” one social media user explained. Another pointed out that “Justin and Shawn literally made a song together THEYRE FRIENDS.”

The meeting between the foursome comes three years after Hailey and Mendes attended the Met Gala together. The model originally dated Justin from 2015 to 2016. After their split, the Arizona native sparked romance rumors with the “Summer of Love” musician in late 2017.

“Was gonna wait a while to say anything but word travels fast, listen plain and simple Hailey I am soooo in love with everything about you!” he wrote via Instagram at the time. “So committed to spending my life getting to know every single part of you loving you patiently and kindLY. I promise to lead our family with honor and integrity letting Jesus through his Holy Spirit guide us in everything we do and every decision we make. My heart is COMPLETELY and FULLY YOURS and I will ALWAYS put you first! You are the love of my life Hailey Baldwin and I wouldn’t want to spend it with anybody else.”

Three months later, Mendes revealed that his relationship with Hailey may have been more than platonic.

“I don’t even want to put a title on it,” the Grammy nominee told Rolling Stone in November 2018. “I think it was more of a zone of limbo.”

At the time, Mendes shared that he had reached out to his ex to congratulate her and Justin after they tied the knot one month prior.

“I texted Hailey, ‘Congratulations,’ and I really am happy for them,” he added. “She’s still one of the f–king coolest people ever — she’s not just a beautiful person visually, but she’s one of the most beautiful hearts I’ve ever met. … You can’t control your heart.”

Mendes, for his part, moved on with Cabello in 2019 after being friends for five years before that. Although the twosome have shut down engagement rumors before, the Canada native admitted that the milestone was on his mind.

“Yeah, absolutely. I think for me it’s always been if I’m not willing to talk about that stuff then I kind of check out a little bit, and I don’t know, I really think when you know, you know,” he shared with Entertainment Tonight in December 2020.