Kate Middleton's VERY trendy collar! How she tapped into the trend

Kate’s Peter Pan moment! Duchess of Cambridge joins stars like Kelly Brook and Holly Willoughby trying the ‘look at me’ collar trend that echoes one of Diana’s favourite fashion statements

The Duchess of Cambridge is known for her timeless wardrobe staples.

But her latest look proves she is also not afraid to try something a little more on-trend.

The cream satin blouse, which has since sold out, features a contrasting black collar in an exaggerated ‘Peter Pan’ cut – one of this season’s biggest trends. 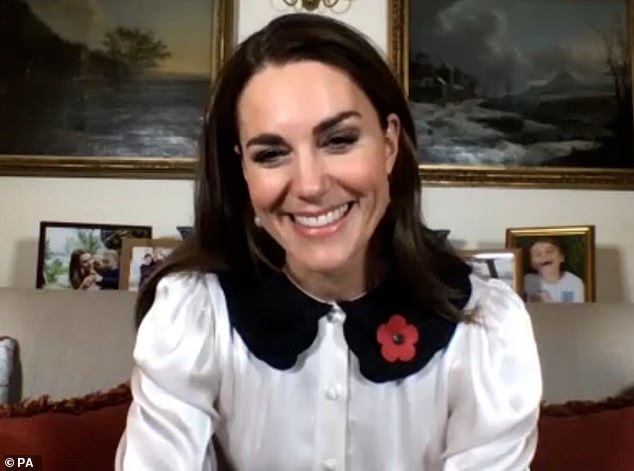 On trend: Kate Middleton, 39, sported a £79 blouse from British label Ghost to speak to military families on a video call marking Armistice Day. The cream satin blouse features a contrasting black collar in an exaggerated ‘Peter Pan’ cut – one of this season’s biggest trends 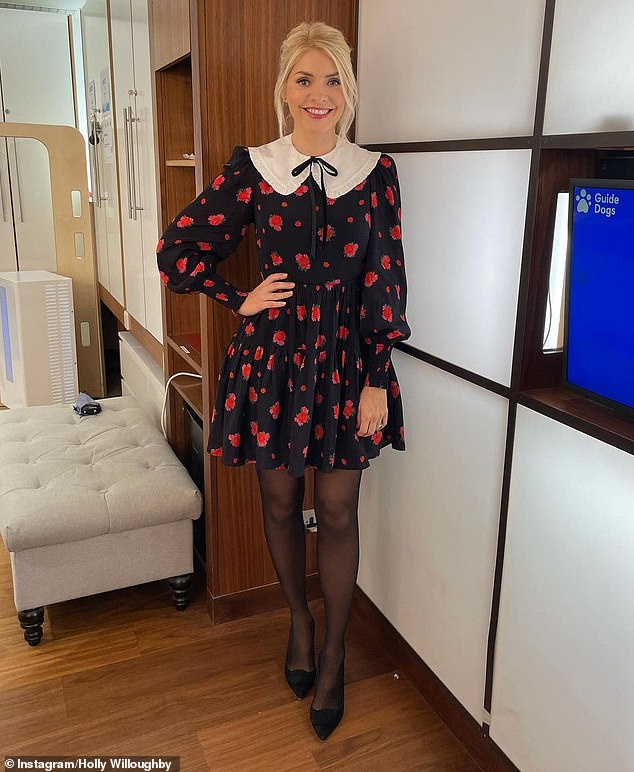 Daytime TV style queen: This Morning’s Holly Willoughby showcased her own take on the statement collar on Monday. Her dainty version added a trendy edge to a pretty frock

The Duchess is the latest high-profile fashion fan to tap into the oversized collar trend, which is proving popular with high street shoppers and celebrities alike.

Holly Willoughby, Kelly Brook and Emma Roberts are just a few of the stars who have been spotted making a statement with their collars.

Celebrity stylist Rochelle White told FEMAIL: ‘The statement collar is the new “look at me” neckline. Instead of rocking necklaces and simple jewelry the statement collar can be eye catching, bold and impactful with little effort.

‘If you wanted to add an accessory like the Duchess of Cambridge has, it can be sleek, stylish and simple. The great thing about this trend is that it can be personalised by the person, event, time or day. It can be minimal and understatement or it can be bold and visible.

‘Having a statement collar can work well under jumpers as well as standalone pieces. Having a statement neckline could be seen as regal and or even majestic. It can ooze sophistication or simply something seen off the runway.

‘The collar doesn’t need or have to be associated with workwear either, brands like Chanel and Miu Miu have created looks perfect for any occasion.’

The look was popular in the 1970s and 1980s, with Princess Diana among its fans the first time around.

The style is enjoying a resurgance this season after being debuted by cult label Ganni in 2019. 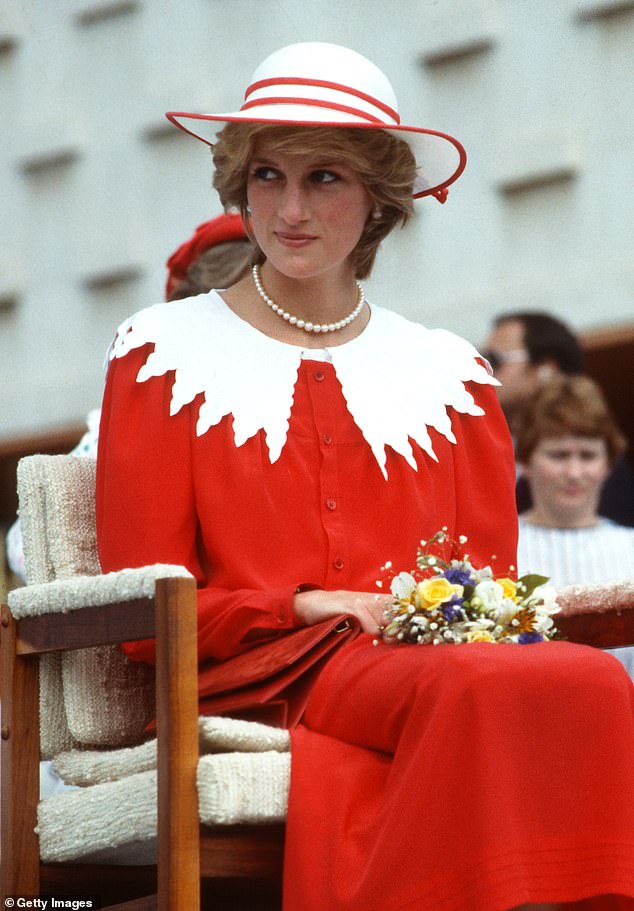 Trendsetter: The look was popular in the 1970s and 1980s, with Princess Diana among its fans the first time around. Pictured, the princess in Alberta, Canada, in 1983 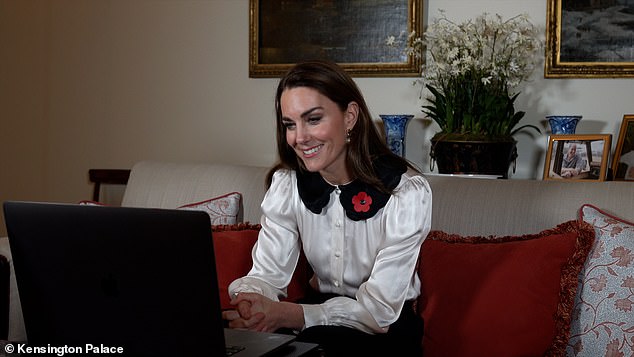 Polished perfection: The Duchess of Cambridge wore the blouse with a pair of smart black trousers and new pearl drop earrings

Style experts at Who What Wear explained: ‘It all started with a Ganni statement collar blouse: A vintage-inspired look that graced both Instagram feeds and the streets of fashion week the moment it dropped last year.

‘Over the following 12 months, this niche detail took on a life of its own and gone onto be embraced by high street and high-end designers alike.

‘Each iteration has offered its own spin on the trend, be it ’80s ruffles or a ’70s-inspired dagger collar. All-in-all, it’s the perfect piece to add personality to your autumn ensembles.’

The Duchess of Cambridge wore the blouse with a pair of smart black trousers and new pearl drop earrings.

During the call, Kate spoke to armed forces families who have lost loved ones to hear how they pay tribute to those they have lost, and about the impact that Remembrance week has for them.