Katharine McPhee rocks bikini one month after birth of son: ‘Loving my curves’

This is one high-flying family.

Katharine McPhee shared a sweet snap of her 6-month-old son, Rennie, playing with husband David Foster in the cabin of a private jet.

“My boys,” the “Waitress” actress captioned the snap, which she posted to her Instagram story Tuesday.

McPhee, 37, added in a Canadian flag emoji — an apparent reference to the 71-year-old Foster’s Canadian heritage — along with a smiley face surrounded by hearts and a red heart emoji.

McPhee gave birth in February 2021 after she sparked pregnancy rumors in October.

She revealed the newborn’s name shortly after, explaining in an interview for “Today with Hoda & Jenna” that it was a family name.

“We had a couple names, but my husband was on a text chain with his sisters and one of his sisters suggested an old family name,” she explained.

She confessed that Foster was angry that she spilled the beans the following day, quipping in a SiriusXM interview, “My husband was kind of annoyed. I said, ‘What was I supposed to say [when asked]?’ Nothing?”

She added that she revealed his name because “we don’t want to be, like, that pretentious over the name” but she understands where her husband was coming from because “it’s the only kind of thing you can hold onto that feels private.” 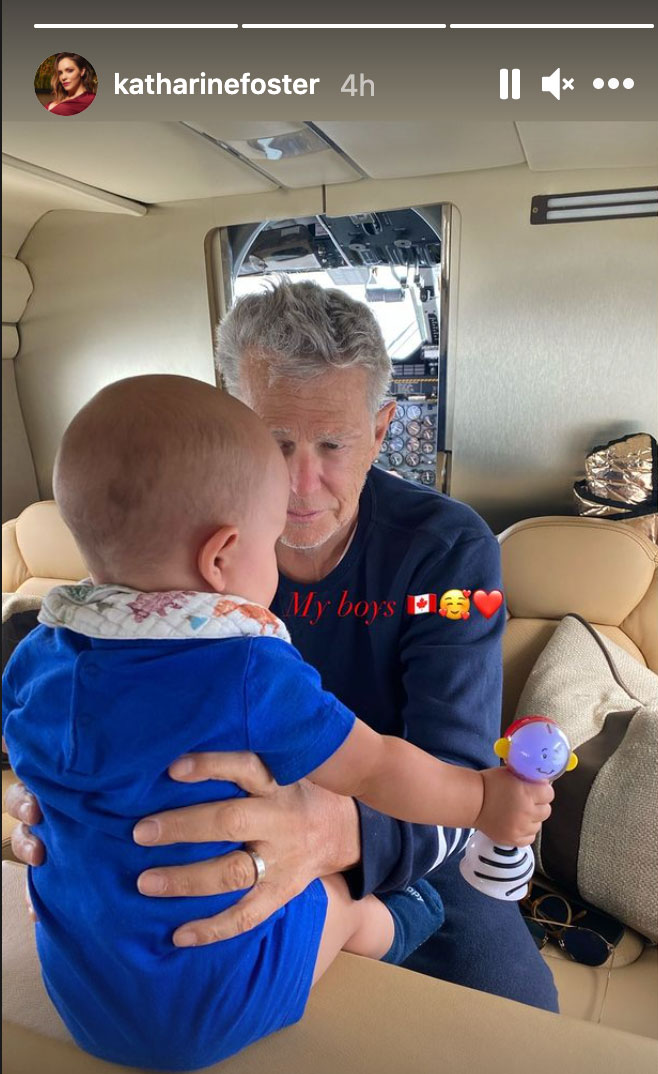 The couple was first linked in 2017 and made their red carpet debut at the 2018 Met Gala.

Foster popped the question to the “American Idol” contestant in July 2018 while on a trip to Capri.

She said on Instagram at the time, “He did it at the top of this mountain in Anacapri.”

“Totally dark only stars,” she added. “Thankfully he didn’t push me off the cliff. He said it was one or the other and in the end he spared me.”