Katie Thurston: John Hersey’s PCAs Suit Is the One I ‘Dumped’ Him In 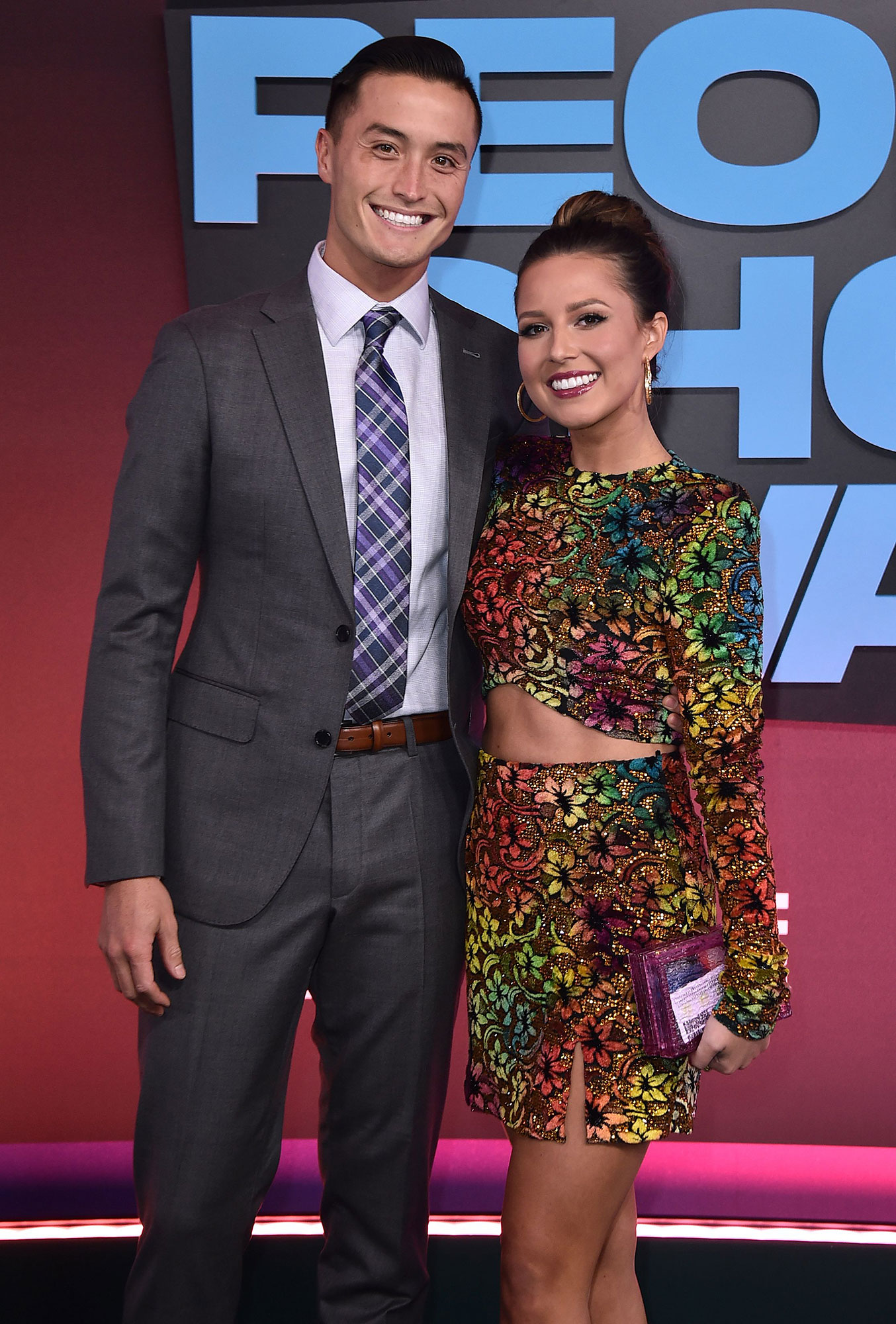 Outfit repeating — with a twist. John Hersey hit the red carpet with his girlfriend, Katie Thurston, at the People’s Choice Awards on Tuesday, December 7, and his suit may have looked a little familiar to Bachelorette viewers.

“This is the suit that John got dumped in,” the Washington native, 30, joked in an Instagram Story posted after the ceremony on Tuesday. Noticing that his paramour didn’t mention that she was the person responsible for the dumping, Hersey, 27, added, “This is the suit that Katie dumped me in.”

The bartender originally wore the suit on The Bachelorette when Thurston sent him home during week two, along with several other potential suitors. “I mean, we had to reverse that bad juju,” the former bank marketing manager added in her Instagram Story. “So, we’re good now.”

Last month, Us Weekly broke the news that the Bachelor alum had moved on with the California native after her split from fiancé and season 17 winner Blake Moynes. The wildlife manager, 31, and Thurston called it quits in October, just two months after their engagement aired during the season finale of The Bachelorette.

“They just couldn’t make the long-distance [relationship] work,” an insider told Us of the former couple, who had been traveling back and forth between Moynes’ native Canada and Thurston’s adopted hometown of San Diego, California. “Katie really missed Blake once he left and they would get into little arguments, but at the end of the day, Katie wished he would be with her more.”

Some Bachelorette fans were shocked by how quickly Thurston seemingly moved on with Hersey, but the pair have denied that their romantic relationship began while the reality star was still dating Moynes.

“Katie and I developed an incredible and deep friendship over the last half year or so,” Hersey wrote in a lengthy letter posted via Reddit in November. “The circumstances by which this friendship formed was a series of crazy, random and coincidental events, that I’m sure you will all hear about at a later time. My point for now is that we were ALWAYS platonic.”

He added that the twosome never considered hooking up while she was engaged.

“Neither Katie nor I would ever cheat, push someone to cheat or be involved in cheating,” he explained. “It is not in our nature. It is not acceptable. It is not OK. On second thought, maybe this message deserves its own paragraph: There was no wrongdoing prior to the end of their engagement.”

Despite the critics, Thurston is thriving in her new relationship. “We’re in the honeymoon phase right now,” she exclusively told Us at the PCAs on Tuesday, adding that she’s “the happiest” she’s been in a long time. “He was my best friend before, so I think that’s what makes it, honestly, the best.”