Greg Grippo: I came off as an ass during fight with Katie Thurston

While the much-discussed sex toy appeared to be a lighter shade of purple than her Saint Laurent latex skirt ($890), both have had the internet buzzing.

Following the release of Young’s promo on Tuesday, which sees her walking through rose-filled rooms in a sparkling one-shoulder gown, many Bachelor Nation fans have been calling out the difference between the two “Bachelorette” ads.

One Twitter user likened Thurston’s promo to a “professional headshot session she got on Groupon,” while another added, “They spent more money on Michelle’s promo than the entirety of Katie’s season.”

“So they randomly got their budget back?!?!?” an Instagram user commented on the official “Bachelorette” Instagram post, where another wrote that the clip of Young “literally doesn’t even look like the same show as the promo for katie’s season.”

While Thurston, 30, has yet to directly comment on the show’s budget, she previously spoke out about her much-maligned purple promo skirt, telling Us, “I feel like my stylist knew that it was backwards, but thought that was an edgier way to do it.” 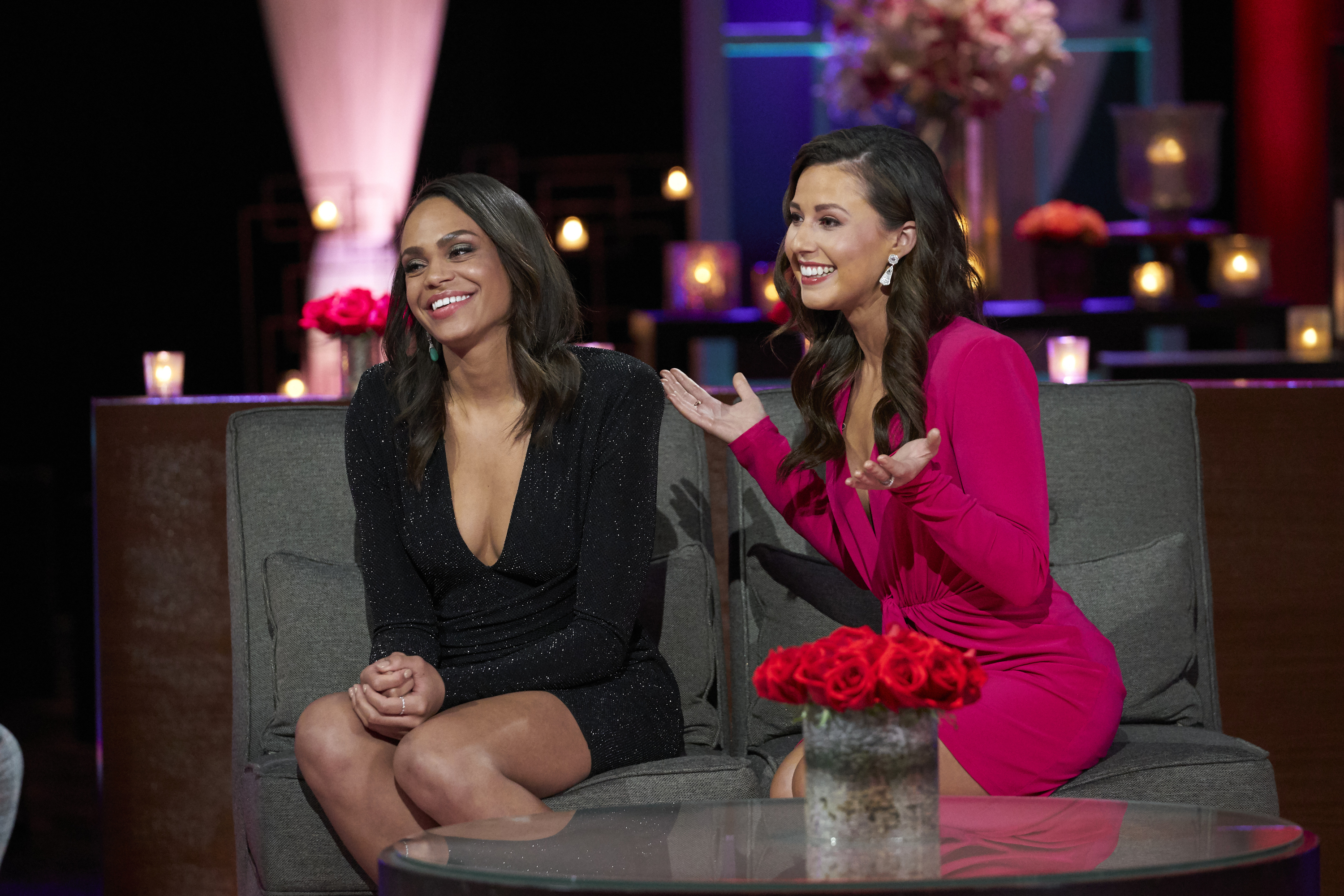 She and Young, 28, met as contestants on Matt James’ “Bachelor” season, with both going on to land their own runs as “Bachelorette” amid a series of shakeups for the franchise.

While Thurston’s time as “Bachelorette” ended earlier in the month with an engagement to Blake Moynes, Young’s season is set to premiere October 19 on ABC.