Kids Might Have to Say Goodbye to Chuck E. Cheese Permanently

Their restaurants may be closed, but Chuck E. Cheese continues to entertain kids amid the coronavirus crisis. On Twitter, they’re hosting launch parties on Animal Crossing and celebrating birthdays via Zoom during their “Afternoon Fun Breaks.” But behind the scenes, the ever-popular, family-friendly pizza and entertainment joint is severely in debt — and the next party they throw could be their farewell party.

According to reports, Chuck E. Cheese is nearly $1 billion in debt and could close all of its restaurants for good. The Wall Street Journal reports that Chuck E. Cheese is approaching lenders to secure a $200 million loan, and according to Restaurant Business, the chain’s parent company CEC Entertainment announced it will hand out retention bonuses to its top executives, $3 million total. Both moves are efforts to keep the restaurant afloat — and to prevent executives from jumping ship.

Chuck E. Cheese, which has 610 stores across 47 states, was doing fairly well leading up to the pandemic, too. The business reported a 2.7 percent increase in sales after two years when sales were either flat or negative, Mashed reports, and the chain even reopened some locations. But, between March 17 and 26 — the start of the pandemic when dining rooms began closing their doors — Chuck E. Cheese’s revenue dropped by as much as 94 percent compared to the year before. And by April, all Chuck E. Cheese restaurants were shuttered. While this move saved CEC as much as $7 million a month in rent, it didn’t stop the parent company from looking at possible bankruptcy filing. All 17,000 employees were laid off, too.

Not even delivery and takeout could help Chuck E. Cheese. According to Mashed, about 56 percent of its stores’ revenue comes from merchandise and entertainment.

Understandably, parents are not taking the news well.

Only time will tell if Chuck E. Cheese will survive the pandemic.

In the meantime, don’t forget to strap on a mask the next time you order takeout. And if you don’t have one, check out all of the cloth face masks available online in the gallery below: 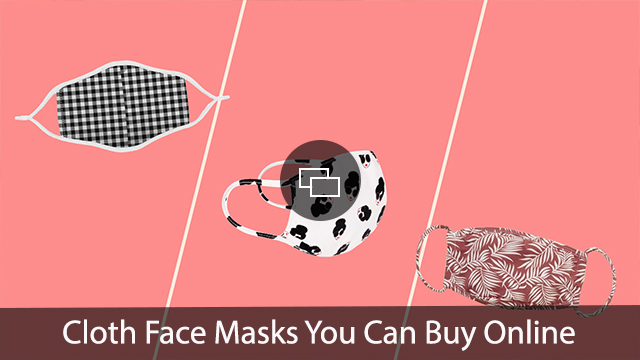