Kim Kardashian accused of yet another Photoshop fail on Instagram

Kim Kardashian has had enough of claims that she’s Photoshopping her pictures.

Taking to her Instagram Stories on Tuesday, the Hulu reality star shared screenshots of reports detailing fans’ accusations that she edited her recent poolside snaps.

“Come on guys….Seriously! This is so dumb!” she wrote. “Claiming I Photoshopped out my belly button????”

Over a boomerang image of her posing for the photo, she continued to hit back at the speculation and used it as an opportunity to promote her Skims line.

”Belly button insecurities?! why don’t you head over to skims.com to conceal that saggy belly button of yours with a great pair of high waisted underwear like I did!” she advised. 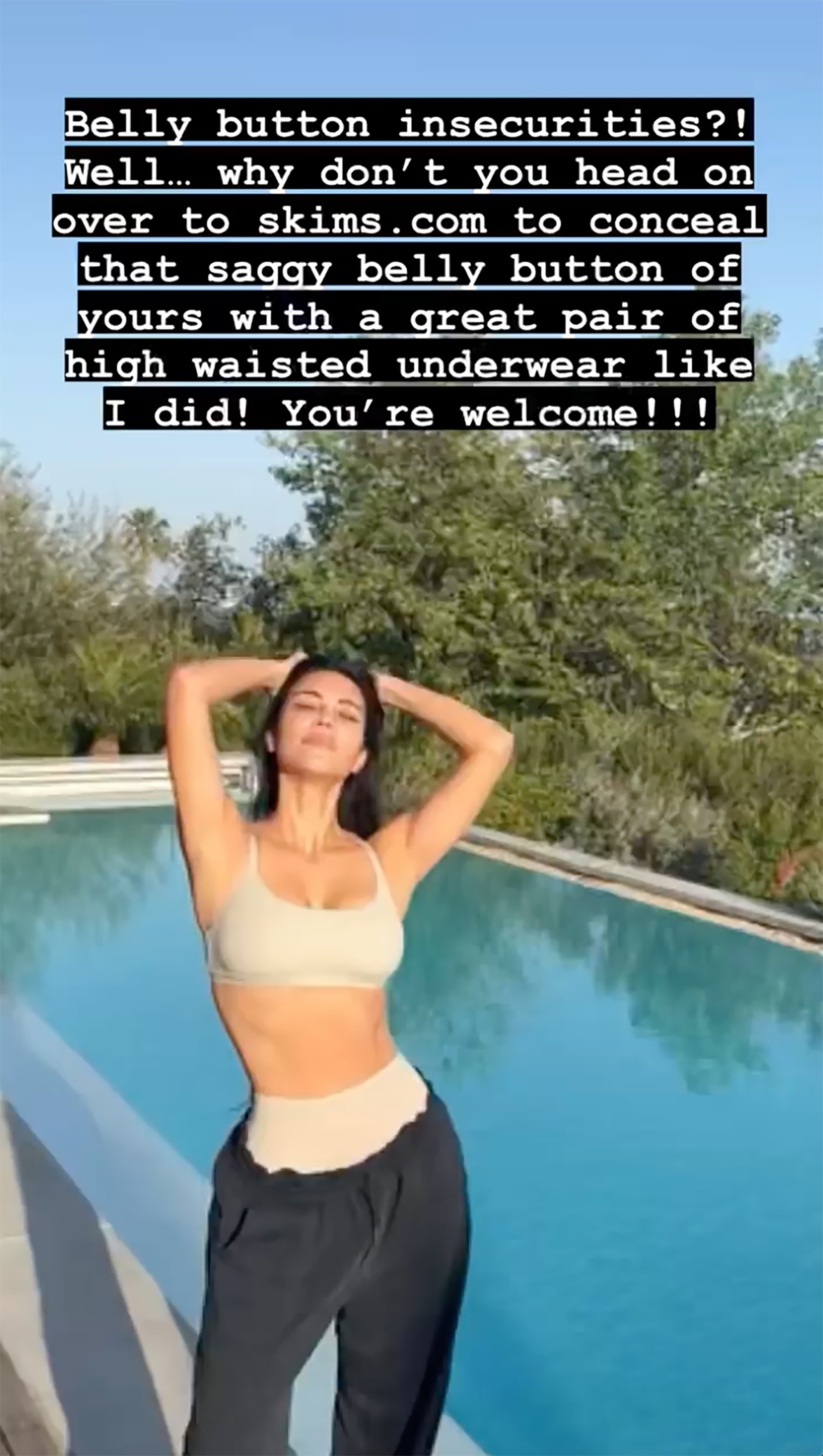 What’s odd is that fans did not accuse Kardashian, 41, of editing out her belly button intentionally — especially over some “insecurities” she appears to be projecting into the world. Instead, fans commented that the editing on the photo was so extreme that she accidentally erased the body part, perhaps without realizing it.

“You forgot to leave in your belly button!” one follower commented beneath the now-headline making photos.

The KKW Beauty founder came under fire earlier this month for seemingly editing boyfriend Pete Davidson’s jawline and nose, but Page Six confirmed by seeing the original, Live photo that she didn’t smooth out or reduce any of his features.

“Pete’s nose and neck appearance were not altered in any way,” an insider added. “The image shown in the side-by-side shows his face at a different angle, and he is smiling larger so it cannot be an apples-to-apples comparison.”