Kit Harington and Rose Leslie: Inside their Game of Thrones wedding

Both actors, they met playing a fan favourite couple on the popular HBO show.

Game of Thrones stars attended the wedding in Aberdeenshire, including Sophie Turner and Maisie Williams.

The pair married at Rayne Church near Inverurie in a gorgeous ceremony.

Their reception was held at a home owned by Rose’s father, Wardhill Castle, a stunning 12th century building.

Kit has previously described falling in love with Rose in L’Uomo Vogue. He said he loved filming in Iceland: “Because the country is beautiful, because the Northern Lights are magical, and because it was there that I fell in love.

“If you’re already attracted to someone, and then they play your love interest in the show, it becomes very easy to fall in love.” 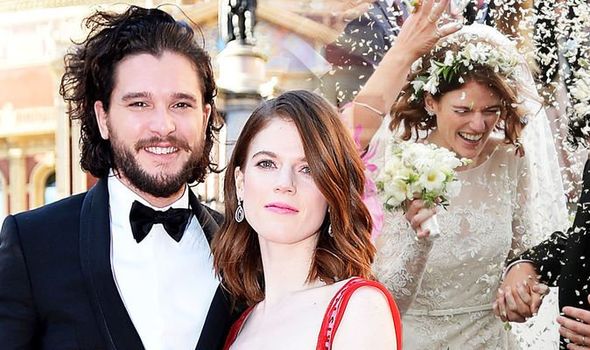 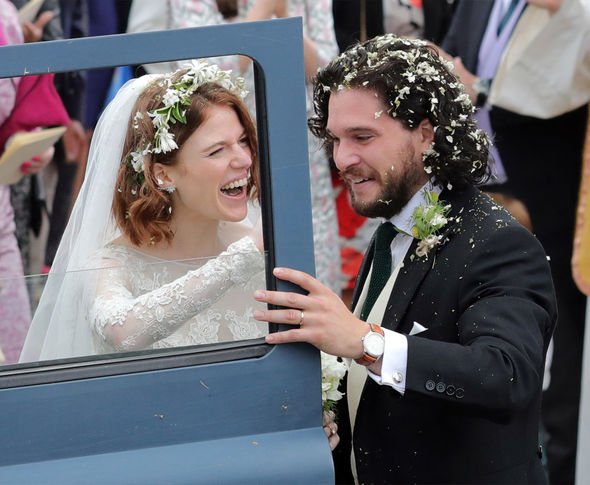 Rose’s character Ygritte was a survivalist and “wildling” who followed Mance Rayder, known as the King-Beyond-the-Wall. Ygritte’s people are disdainful towards the likes of Jon Snow, those who live under the Iron Throne have no choice over who their king is.

Jon captures Ygritte and is tasked with executing her, but he cannot bring himself to do it. Soon they become lovers. However, Ygritte’s life came to an untimely end during battle.

Like her love interest on the show, Rose has a connection to royalty. Rose’s mother is a descendant of King Charles II.

The bride’s wedding dress was ivory, with lace and sheer details on the bodice.

She wore a long veil and a headpiece with pretty white flowers on it. 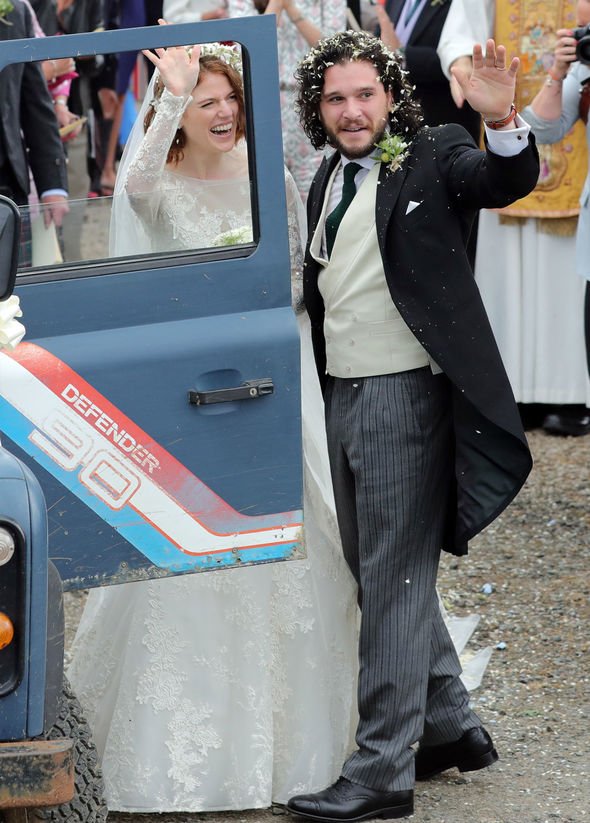 The cast of Game of Thrones in real life

Game of Thrones: See what the amazing cast look like in real life.

What is the Game of Thrones release date?

Game of Thrones season eight will not be released on Netflix, much to the dismay of fans.

Netflix, in fact, doesn’t have any of the previous seven seasons of Game of Thrones on the streaming service – neither in the USA or UK.

However, fans can watch Game of Thrones on NOW TV.

You can get an Entertainment Pass 14 Free Trial and then watch TV for only £7.99 a month.