Knife attacker in Nice, France, decapitated a woman in a church and killed 2 others, a week after another beheading in Paris 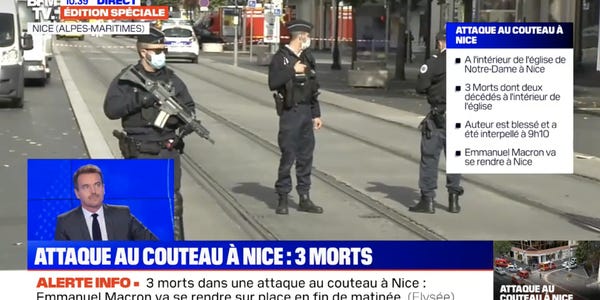 Police in Nice, France, confirmed that a woman was beheaded and two others were killed at an attack in the city's Notre Dame church.

A police source told Reuters that a woman was decapitated, and police also said that two other people were killed and more people were injured.

Christian Estrosi, the city's mayor, said on Twitter that the attack took place in the city's Notre Dame church.

The attack came a week after a teacher, Samuel Paty, was also beheaded in Paris.

This is a breaking story, more follows.