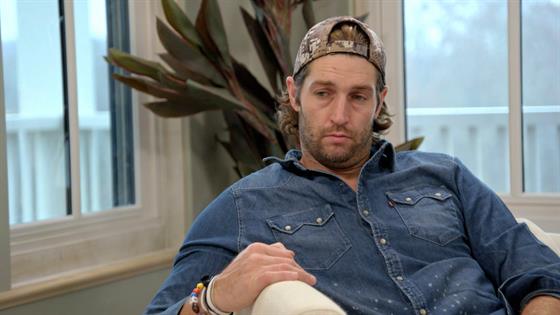 Of course, in this case, it’s a lot easier said than done. In this clip from Sunday’s new Very Cavallari, the Uncommon James founder and mom of three recaps her recent trip back to Southern California—which played out during last week’s episode—with her husband Jay Cutler. Though work was the primary reason for Kristin’s west coast visit, she also took some time to visit family and friends in Laguna Beach.

“It was kind of hard being in Laguna right now,” she tells Jay in the clip. It’s not surprising, since her stay in SoCal coincided with the three-year anniversary of her late brother Mike‘s death.

“I feel like the first few years, it’s almost like you’re still in shock and you don’t really accept it,” Kristin explains to the Very Cavallari camera. “Where the three-year mark, it’s like, ‘Hang on a second, I actually haven’t seen him or talked to him in a really long time.’ And it’s starting to settle in.”

During her conversation with Jay, Kristin admits that meeting up with her and Mike’s mutual friend in Laguna brought up difficult memories for her. “I’ve felt like I’ve been like OK. You know, I’ve accepted what happened and everything. But then talking with Britney, it just hit me,” she says. “And I was like, ‘F–k. Maybe I’m not OK.'”

Her husband, who’s been by Kristin’s side for almost a decade now, is clearly hurting about the loss of his brother-in-law too. Still, he encourages his wife to try and keep her head up. “You’ve just gotta concentrate on the good stuff,” Jay tells her, adding that her brother is in a “better” place now. “Let me know what you need from me. I’m here,” he finishes.

Kristin thanks him before leaving the room to “go do a little bit more work.” But moments later, he finds her standing in the hallway of their Nashville home in tears.

See Jay comfort his wife when she needs a shoulder to cry on in the clip above.

Watch a brand new episode of Very Cavallari Sunday at 10 p.m., only on E!