If you grew up in the ’90s, chances are you’re familiar with the pre-packaged entity known as Lunchables. Maybe you begged your mom to buy you a pack of the mini pizzas, or the turkey and cheese crackers, so you could take it to the cafeteria and be the envy of all your friends. (Guilty.) But the nostalgia bubble surrounding this snack-like lunch is about to burst: Kylie Jenner’s Instagram about Lunchables will make you question your entire childhood. Why exactly? Please brace yourself: Jenner posted an Instagram Story featuring Lunchable pizzas… in the microwave. And in case that’s not disconcerting enough, she’s not the only one who’s done this before. (Bustle reached out to Kraft Heinz, the company behind Lunchables, for comment about the recommended way to eat them, but did not receive an immediate response.)

UPDATE: A spokesperson for Lunchables provided the following statement to Bustle, "We always say ‘to each their own,’ lunchtime should be fun and done your way. That’s the beauty with Lunchables Pizza with Pepperoni – it can be enjoyed hot or cold. We leave it up to you – and Kylie and Travis, of course – to decide how you want to bring mixed up fun to your Lunchables."

And if you’re feeling inspired to microwave your Lunchables pizza, here are some helpful instructions straight from the company:

EARLIER: If you’re feeling baffled by this news, let’s take a step back and regroup: On Wednesday night, Jenner posted a poll along with a photo of heated-up mini pizzas. She casually asked, "do you like your lunchable hot or cold"? The results are downright shocking: At the time of reporting, 71 percent of her followers prefer their Lunchables hot. For the record, Lunchables come refrigerated. And if you’re taking it to your school cafeteria, how the heck are you supposed to find a microwave? I know my middle school certainly didn’t have one available for kids to use on a whim.

However, if you continue watching Jenner’s Instagram Story (understandable if you shut it off after needing a moment to process all of this), you’ll find she posted a follow-up video, where she zooms in on the microwaved food and says, "Disgusting." (To be fair, I wouldn’t use that word choice; I’d just call it innovative.) In the background, a voice that sounds a lot like Travis Scott says, "World class sh*t." Does this mean that Jenner’s boyfriend is the one behind this microwaving madness? It sure seems possible. But even so, a majority of Jenner’s fans also microwave their Lunchables. And quite frankly, it feels wrong. 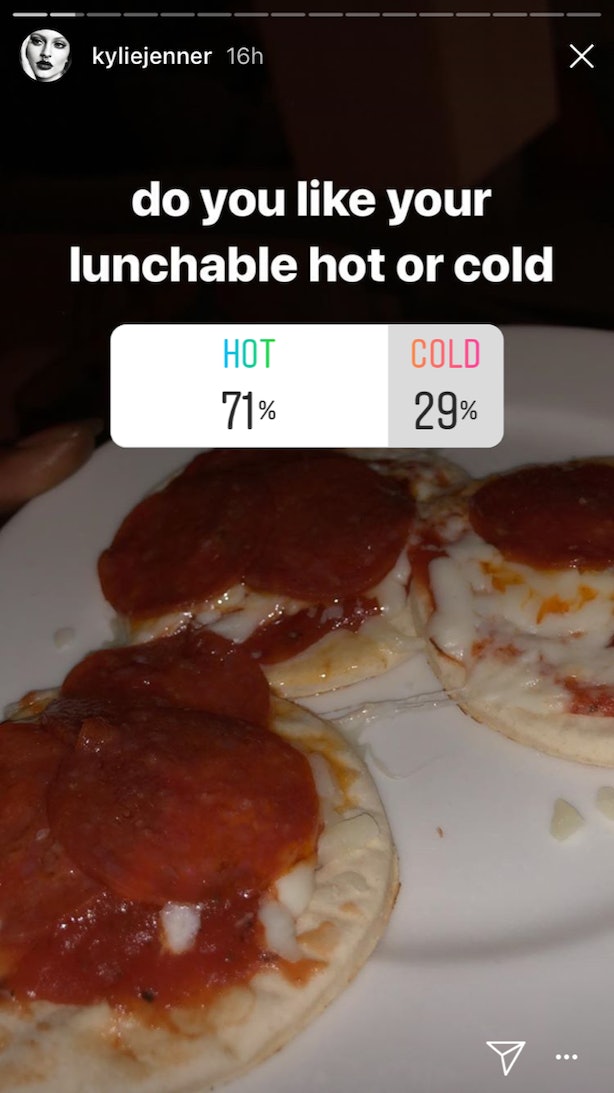 Regardless of who took the poll, Twitter was equally shook by this revelation. Essentially, ’90s kids everywhere do not know how to feel. The reactions ranged from surprise to confusion to unexpected admiration.

Some People Couldn’t Stop Thinking About It

And There Was Downright Confusion

This seems to be the majority reaction.

Yes, There Really Are People Out There Who Do This

The silver lining of this Lunchable debacle is that at least some people out there now feel less alone.

For as much as this whole scenario may feel unsettling, the good thing is that Jenner just reminded everyone how glorious Lunchables really are. It’s a throwback to a simpler time when we were all making our own pizzas in the cafeteria — spreading sauce with a little red stick and sprinkling cheese like mini chefs. While placing Lunchables in the microwave may not have been part of your routine, at least now your eyes are opened to how some people prefer this ’90s snack. And suffice to say, you may never look at them the same way again. 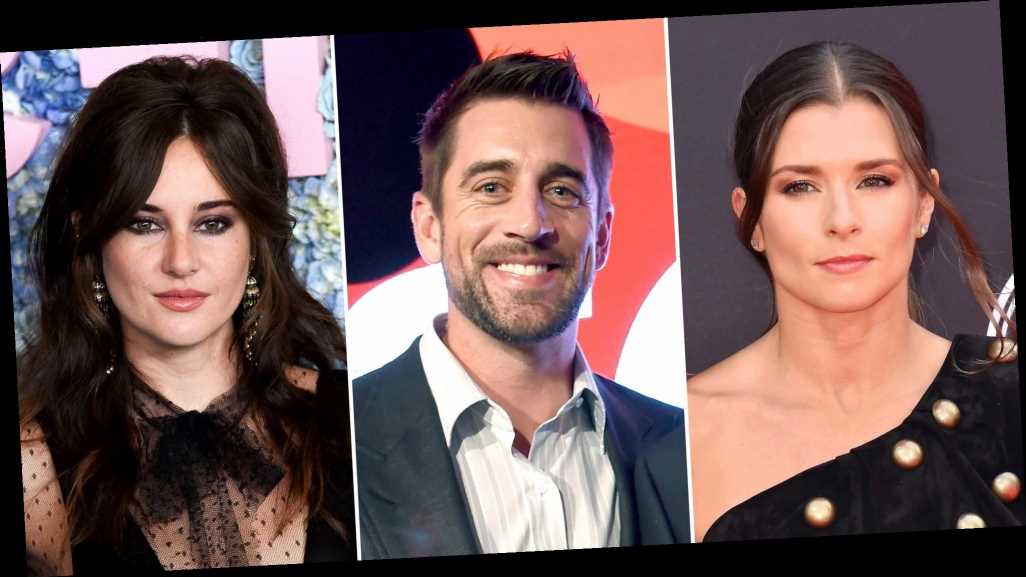