Lady Pamela Hicks on how her family Anglicised to Mountbatten

The Duke of Edinburgh’s cousin revealed how her family was told to Anglicise their surname from ‘Battenberg’ to ‘Mountbatten’ during the First World War.

Speaking in a video series shared on Instagram by her daughter India Hicks, Lady Pamela added Royal Family rules meant the Duke and Duchess of Sussex’s son Archie was always expected to be given the surname Mountbatten-Windsor. 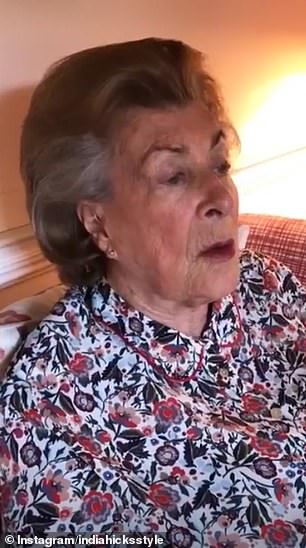 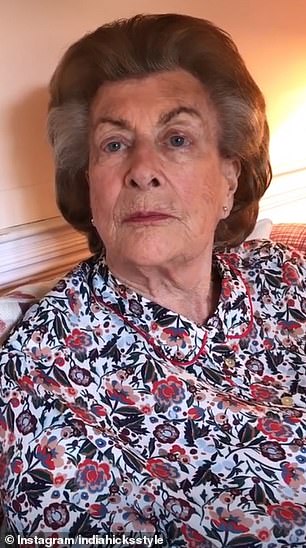 Lady Pamela Hicks explained King George V instructed her family to make the change at the same time he announced Windsor would replace the historic name of Saxe-Coburg-Gotha. The cousin of the Duke of Edinburgh spoke about her family history in an Instagram video, pictured

‘The minor members of the family, who are not in direct succession to the throne, their family name is Mountbatten-Windsor,’ she explained.

‘Prince Philip’s name, when he stopped being Prince of Greece, and married, he became Mountbatten.’

After the Queen’s accession in 1952, the Queen declared that the royal family’s surname would still be Windsor and not Mountbatten, much to the Duke of Edinburgh’s annoyance.

In 1960, the Queen, in a gesture to her aggrieved husband, gave him a concession. 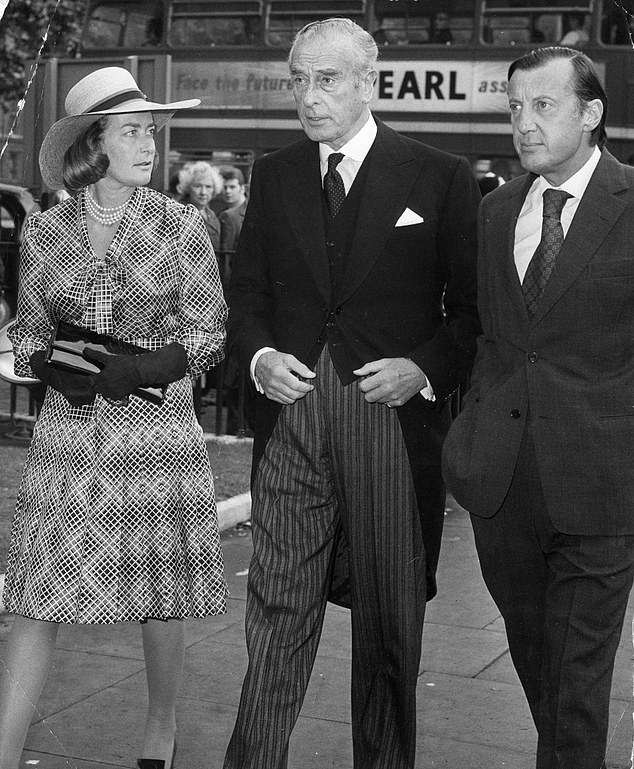 All in a name: How the House of Windsor was born 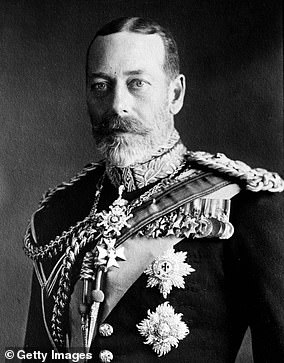 In the spring of 1917, King George V, aware of the monarchy’s precarious future, decided it was time for the family to find a British name, one that would alleviate the concerns of a public gripped by an anti-German sentiment.

The man tasked with the job was Lord Stamfordham, the king’s trusted private secretary.

He trawled through history books but struggled to find a name untouched by the monarchy’s own bloody history – passing over Tudor, Stuart and Plantagenet.

The turning point was on 13 June, when London was raided by the German Gotha bombers. The city and the British people were brought to their knees by aircraft carrying the name of their own Royal Family.

That same day Stamfordham finally struck inspiration while working in Windsor Castle. He outlined his proposal in a letter to the Prime Minister.

‘I hope we may have finally discovered a name which will appeal to you, and that is that Queen Victoria will be regarded as having founded the House of Windsor.’

The change had its desired effect almost immediately.

It was announced that the Queen’s direct descendants – other than those with the style of royal highness and the title of prince or princess – when they needed a surname would use Mountbatten-Windsor, although the royal house remained the House of Windsor.

Lady Pamela, who was a bridesmaid at the wedding of the Queen and Duke of Edinburgh, also spoke of the history of her family’s name.

She told how the name ‘Battenberg’ originated in the 19th century when Julia Hauke was created Countess of Battenberg on her marriage to Prince Alexander of Hesse and by Rhine in 1851. Her title was elevated to Princess of Battenberg in 1858. 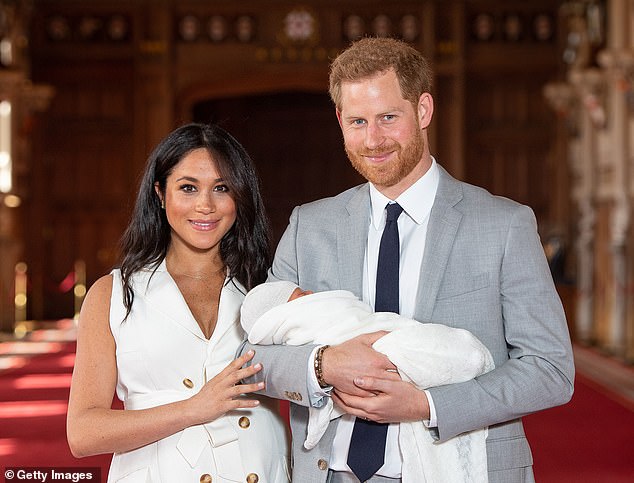 ‘So when the King George V, in the war [First World War], decided the Royal Family would no longer be the House of Saxe-Coburg-Gotha, they would be called Windsor, we were told to translate our name from Battenberg to Mountbatten.’

Most members of the family residing in the UK, including Lady Pamela’s father Louis, renounced their German titles and stylings in 1917 due to rising anti-German sentiment among the British public during the First World War.

Louis, nicknamed ‘Dickie’, was the great-grandson of Queen Victoria on his mother’s side. His sister Princess Alice of Battenberg was Prince Philip’s mother.