The Supreme Court on Monday refused to take up a copyright claim over Led Zeppelin’s classic “Stairway to Heaven,” capping a long-running legal dispute over the song. A lower court in California last March had ruled that the British rockers had not swiped the song’s opening riff from “Taurus,” which was written by Randy Wolfe of a Los Angeles band called Spirit.

The decision on Monday by the country’s highest court not to hear the case definitively ends the legal challenges which had been closely watched by the music industry.

Led Zeppelin had initially won the case in 2016, with the court at the time finding no proof that the 1971 classic breached the copyright of “Taurus.”

However that ruling was overturned on appeal in 2018.

“Stairway” is estimated to have grossed $3.4 million during a five-year period at issue during the civil trial.

Led Zeppelin guitarist Jimmy Page — who was sued along with the group’s singer Robert Plant and another surviving bandmate John Paul Jones — testified in 2016 that the chord sequence in question had “been around forever.” 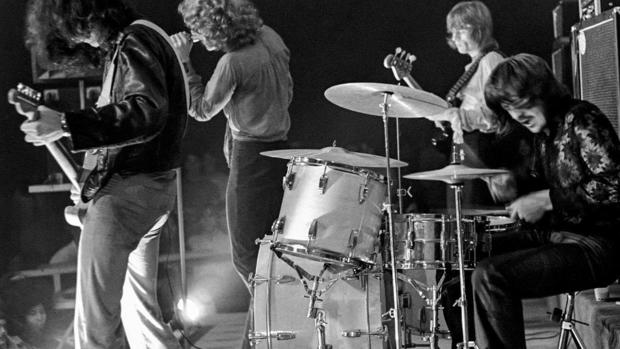 Wolfe’s trustee, Michael Skidmore, filed the case in 2014 on behalf of his late friend who long maintained he deserved credit for “Stairway” but drowned in 1997 having never taken legal action over the song.

Experts called by the plaintiffs at the lower court trial said there were substantial similarities between key parts of the two songs, but defense witnesses testified the chord pattern used in the melancholic guitar intro to “Stairway” was so commonplace that copyright didn’t apply.