FURIOUS Lidl shoppers have complained that a glitch with the discounter's new loyalty app stopped them from getting a £5 discount.

Unhappy shoppers have complained on social media of problems including money-off coupons not working, and of the app not tracking spending, which is needed to get discounts once you hit monthly expenditure targets.

The free app launched on September 3, after first being teased in August, and promises discounts off both Lidl shopping, as well as deals from other companies.

It also set a target spend of £100 to receive £2 off a future shop made within seven days, while shoppers hitting £200 in a month got a £10 off coupon.

Meanwhile, deals offered at other brands included 40% off Sky TV and broadband for new and existing customers. 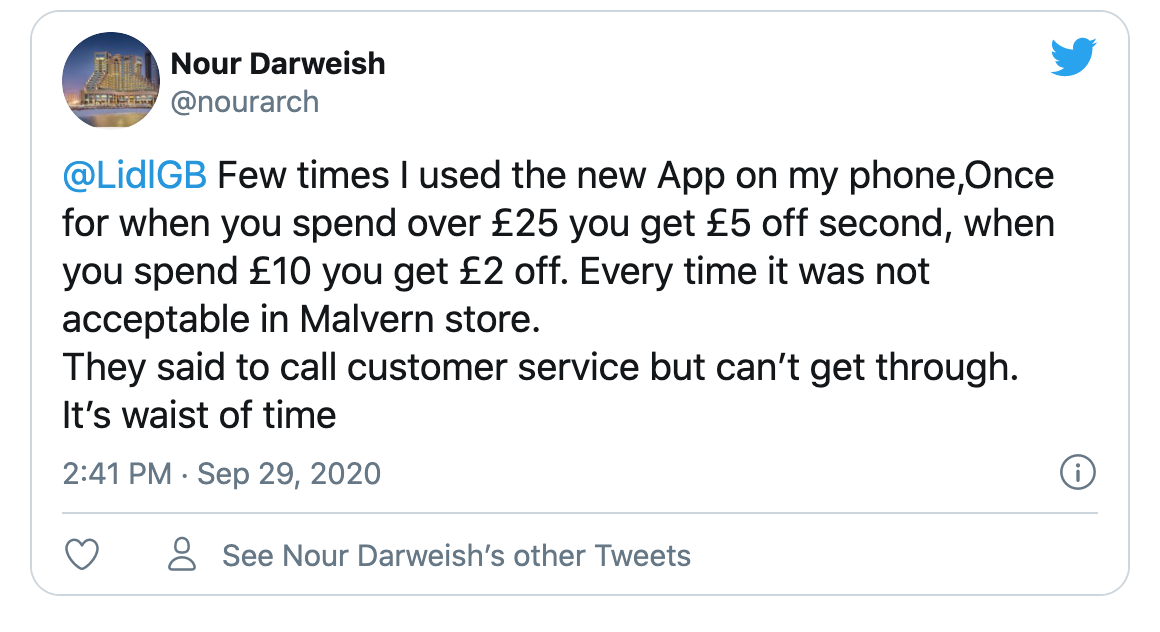 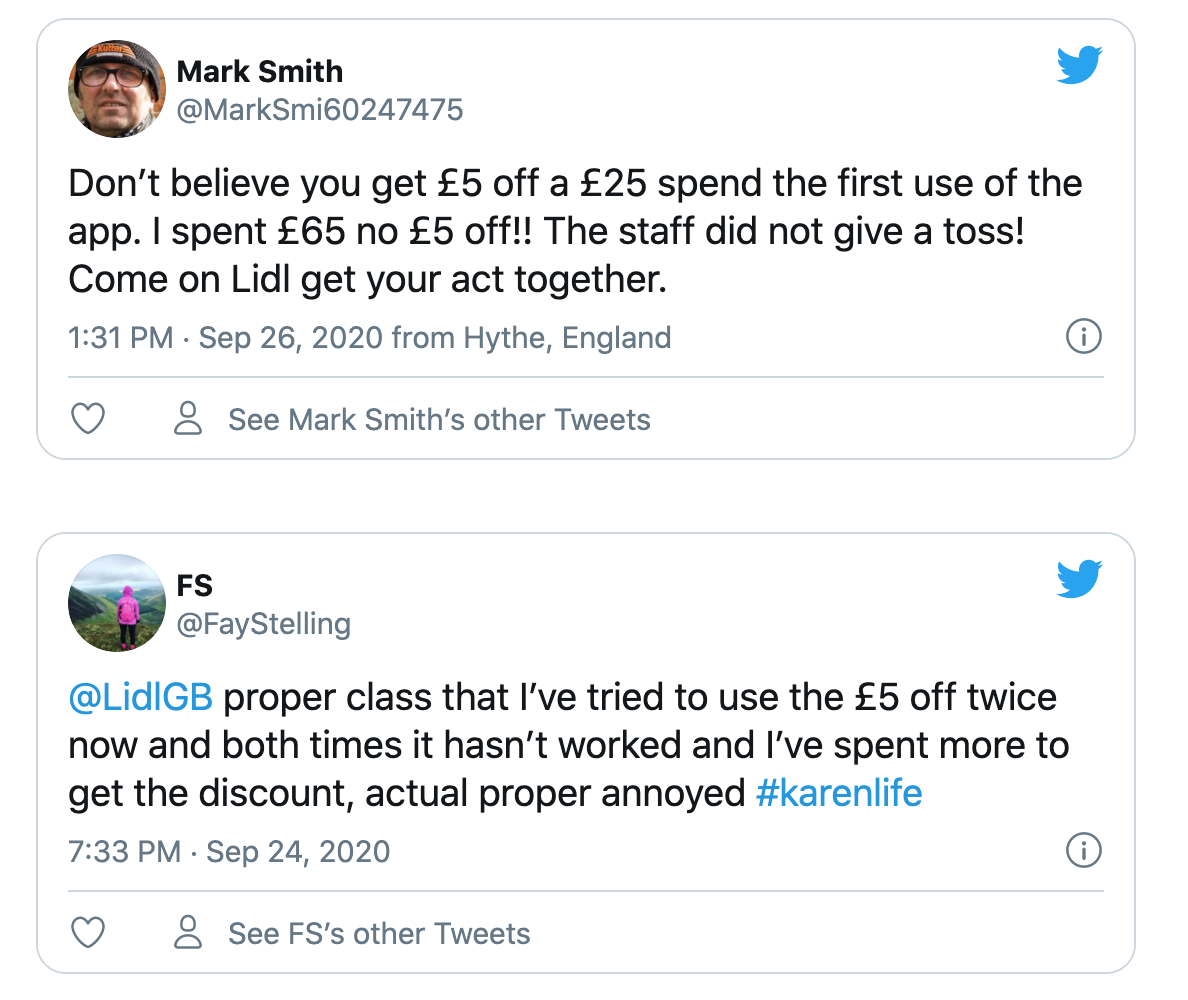 But what appears to be a glitch with the app has seen shoppers unable to track spending and earn discounts, while others say they then can't get through on the phone to Lidl's customer services to complain.

One shopper tweeted: "@LidlGB why is it fair, that because YOUR scanner wasn't working that I have missed out on £10 off? I have the receipt to prove spending taking me £30 over £200 target but I get nothing because your scanner didn't work?"

Someone else said: "Yesterday was the last day to reach the coupon plus target of £200, obviously with the card not working I didn't manage to get the reward I suppose to. Customer service very slow in sorting the issue, which is not been resolved yet."

Another wrote: "@LidlGB Few times I used the new app on my phone. Once for when you spend over £25 you get £5 off second, when you spend £10 you get £2 off. Every time it was not acceptable in Malvern store. They said to call customer service but can’t get through. It’s waste of time."

Supermarket loyalty schemes – which has one?

MOST UK supermarkets have loyalty schemes so customers can build up points and save money while they shop.

Here we round up what saving programmes you'll find at the big brands.

Another added: "@LidlGB proper class that I’ve tried to use the £5 off twice now and both times it hasn’t worked and I’ve spent more to get the discount, actual proper annoyed."

Lidl advises shoppers to activate any coupons they want to use online before they check-out – you can do this either in store using your mobile data or at home using WIFI.

You then present your digital loyalty card on the app to the scanner in store to benefit.

But the discounter warns that balances that haven't gone through can't be credited retrospectively.

A Lidl spokesperson said: "Since launching, Lidl Plus has seen overwhelming support and we are pleased that the majority of customers are utilising and enjoying the app.

"We encourage the small number that are experiencing problems to visit the FAQ page on our website or contact our customer services team."