Actress Lily James and The Affair star Dominic West, who is married to Catherine FitzGerald, turned heads with their recent PDA outing in Italy. 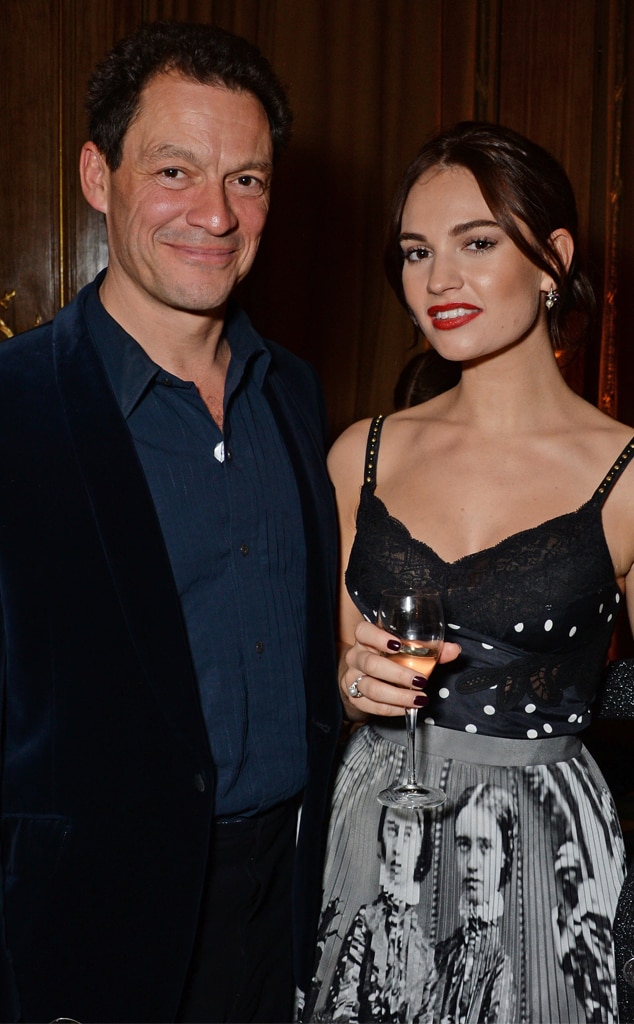 That's what some pop culture fans are asking themselves after photos emerged of Lily James and Dominic West displaying some PDA during a recent outing.

In pictures obtained by the Daily Mail, the Hollywood stars were spotted in Rome on Oct. 11 where they took in the sights and sounds of Italy's capital.

Lily, 31, was seen wearing a floral dress with a black Yves Saint Laurent purse for the weekend adventure while Dominic, 50, wore dark denim jeans and a blue button-down. The two appeared to share an electric scooter before sitting down for lunch.

While the outing may seem innocent at first, other pictures at the lunch table show the duo kissing on the cheek with Dominic caressing Lily's head in the great outdoors. At the same time, the Daily Mail reported that the pair's friend and mutual manager was also in attendance for the meal.

The photos come at a time when both actors are currently filming a mini-series in England titled The Pursuit of Love. The project is based on the best-selling novel by Nancy Mitford.

Although Lily and Dominic haven't publicly commented on the photos, it appears one actor is taken.

Dominic has been married to Irish landscape designer Catherine FitzGerald since 2010. Their current relationship status remains unknown but The Affair star was not wearing a wedding ring this weekend.

As for Lily, she was linked to Chris Evans over the summer after they were spotted together on multiple occasions in London. Lily wouldn't confirm nor deny her relationship with Captain America in a September 2020 interview with Harper's Bazaar.

"Don't be obsessed by boys!" Lily told the publication when asked to share the advice she'd give her past self. "Hang out with your girl mates."