Mafia boss, 70, who quit the mob after making $8 million a week claims his ‘business-minded’ associates weren’t all thugs and says violence is an ‘unwanted part of the life’

An ex-Mafia member has claimed that his associates were ‘business-minded people’ and that violence is an ‘unwanted’ part of life in the mob.

Michael added that there are two kinds of people in the life- those who have got into it and are ‘street guys’ and others who ‘have to do what they are told and step out of themselves’ to handle things but do not necessarily feel good about it.

He added: ‘It’s not something you want to do. A lot of people think from the moment you come into that life its all about violence and murder. It’s not about that.

‘We’re business-minded people, we try to do things a little bit differently. Not everybody is a thug on the street, there are those guys but not everybody.’

Michael has claimed in the past that at one point he was making up to $8 million per week. 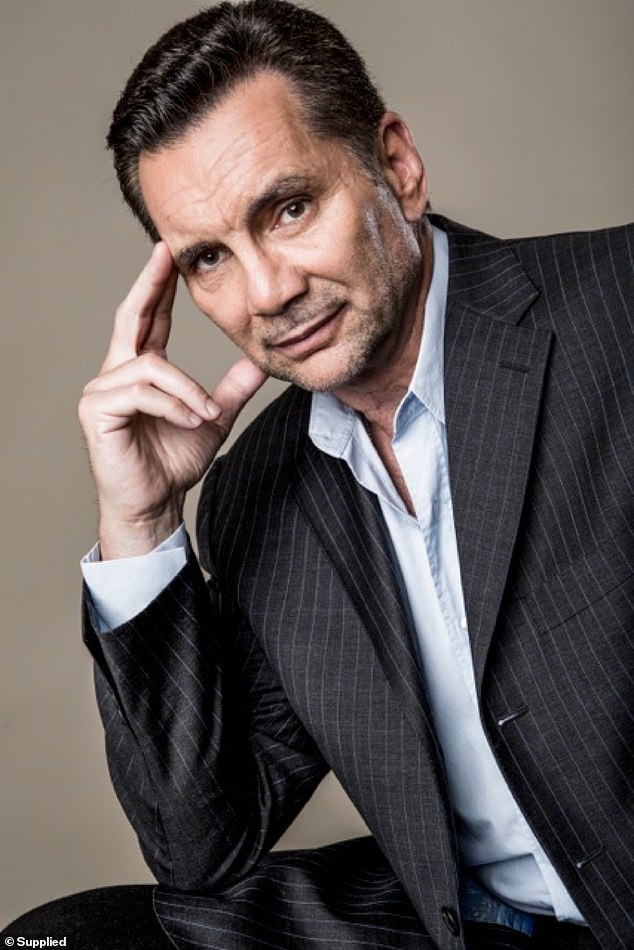 Speaking on This Morning to Phillip Schofield and Rochelle Humes, Michael Franzese, 70, from Brooklyn, pictured, revealed that his father, John ‘Sonny’ Franzese, was a Colombo crime family underboss 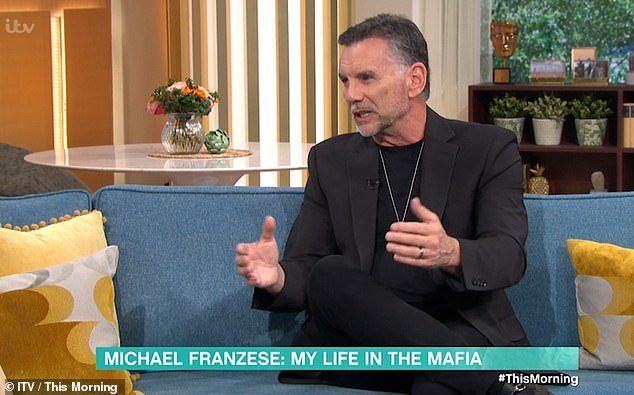 Michael, pictured, said his father, who was serving 50 years in jail for a bank robbery, had not wanted him to be involved in the Mafia but the 70-year-old wanted to help his family while he was in prison

Michael joined the mon when his father, John ‘Sonny’ Franzese, a Colombo crime family underboss, was serving 50 years in jail for bank robbery.

Michael said: ‘Originally he did not want that life for me, he wanted me to go to school and be a doctor.

‘But in the 1960s he was sentenced to 50 years in prison for a federal case he was convicted of. I was a student in school at that point but I figured my dad was going to die in jail.

‘My dad and I met and I said, “If I do not help you out you are going to die in here”. He was a little upset about it because he wanted me to stay off the street.’ 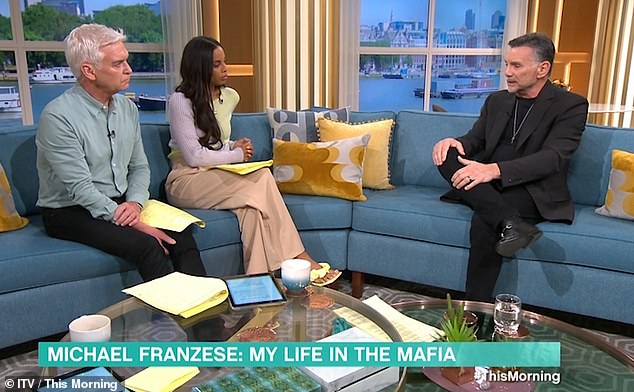 The 70-year-old, pictured with Rochelle and Philip, was a recruit for three years before being accepted into the Mafia 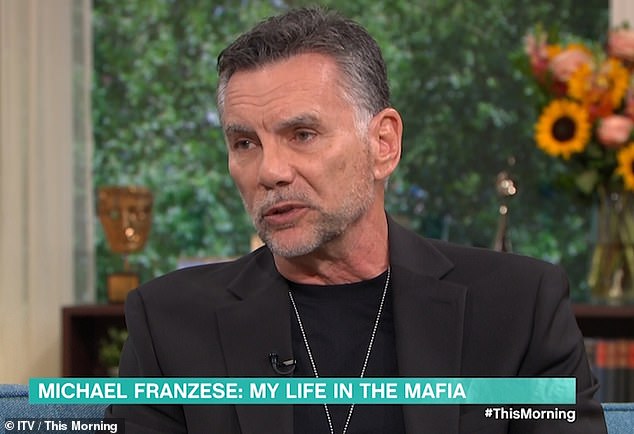 Michael, pictured, said he was ‘very aggressive’ on the street, working seven days and buying bringing new things into the ‘family’ that they had not done before

But afterwards, his father proposed his son for membership, meaning that he vouched for his son and believed he had what it took to be in the Mafia.

Michael was a recruit for three years before being accepted, doing menial tasks like driving the boss around.

He said: ‘The life is violent at times. If you are part of that life you see the violence.’

The 70-year-old eventually worked his way up to ‘Captain’ and was in charge of about 300 ‘soldiers’.

Phillip asked: ‘Were there people who yours was the last face they saw?’

‘I may not have been the last face they saw but I have certainly seen my share of things like that happen,’ Michael said.

The 70-year-old said that his life in the Mafia was motivated by two things- getting his father out of prison, managing to reduce his sentence from 50 to 40 years and using the life to benefit him in business.

He added: ‘I was very aggressive on the street. I worked seven days a week and I bought new things into the family that they had not done before and went on to make a very serious amount of money.’

The 70-year-old is estimated to have stolen up to $250 million in gasoline tax in New York and $40 million in Florida.

Michael went on to explain that in the Mafia, money is power and if you are doing well for the ‘family’, you rise in the ranks.

He was sentenced to 10 years in federal prison before he was released on parole in 1989. 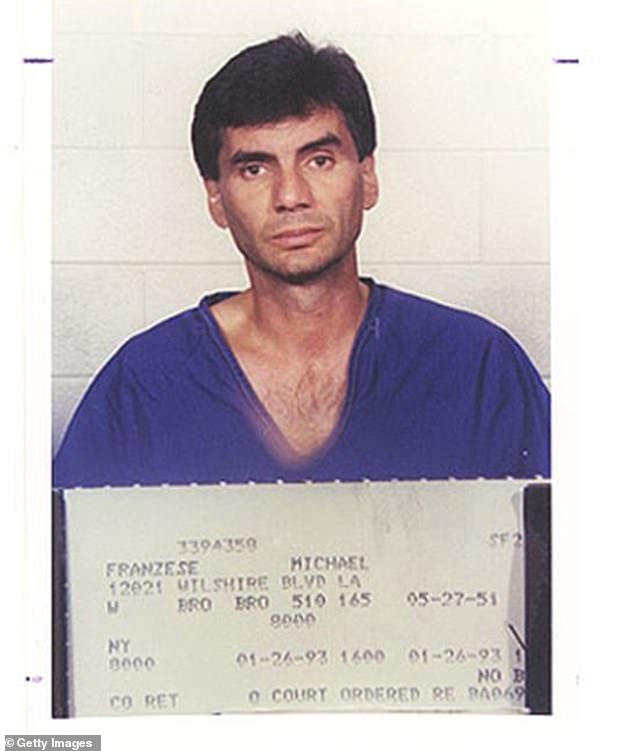 Eventually the 70-year-old, pictured in his mugshot in 1993, was arrested and pleaded guilty to one count of racketeering conspiracy and one count of tax conspiracy in March 1986 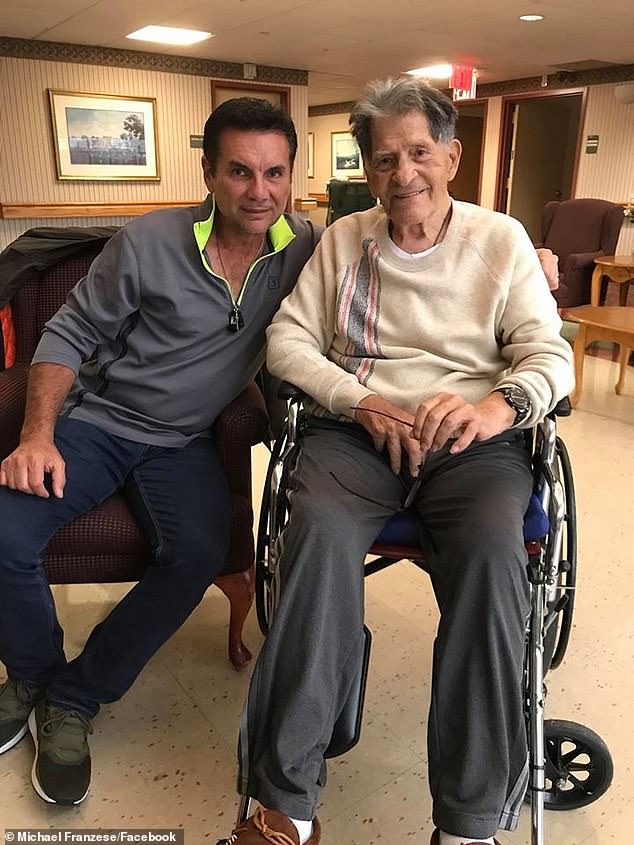 Michael, pictured with his father John, was sentenced to 10 years in federal prison before he was released on parole in 1989

Phillip referenced the fact that the majority of those in the Mafia, including characters in films, never get out of it.

But Michael bucked the trend, explaining to Rochelle and Phillip that there is no ‘blueprint’ to walking away.

He had met a young girl of faith whom he fell in love with and realised that if he married and her and stayed in her life, she would eventually end up without him.

Michael, who is 18th on the list of the top 50 mafia bosses of all time, said: ‘I had such a bullseye on my back, my name was very big, the government really wanted to put me in prison.’

He admitted that he had a plan which did not work out in the exact way he wanted it to but then added that 37 years later he is alive and free. 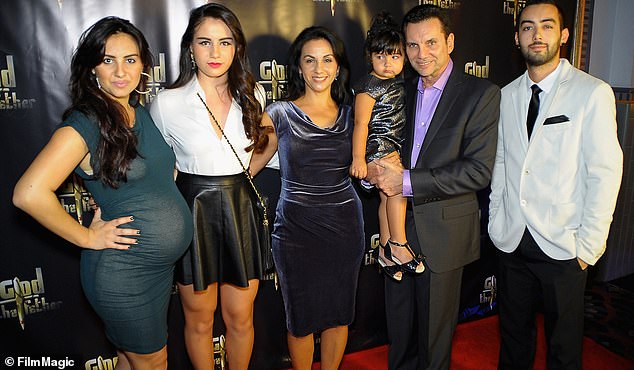 The 70-year-old moved to the West Coast with his wife and children, pictured, after several death threats and contracts on his life

The reformed mobster moved to the West Coast with his wife and children after several death threats and contracts on his life.

After he relocated, everybody he knew started to get into trouble because of the new racketeering laws and people thought he was going to be a witness in trials.

But he said he did not want to put people in prison and just wanted out of the life.

The 70-year-old, who has been speaking about his experiences for 25 years, said: ‘Still today, even though I don’t live in fear I’m always looking back and very conscious of my surroundings.

‘I call that life an evil life, I’m not calling the guys evil. I don’t know any family that hasn’t been totally devastated by that life.’