A man has told of his fear of returning to a ‘new world’ after living on a remote base in Antarctica throughout the coronavirus pandemic.

Matt Williams,48, from Brisbane, Australia, left his job as a humanitarian aid worker and ventured to Great White continent in January 2020 to work at the Mawson station as a team leader responsible for 19 staff (18 men and 1 woman).

Mawson, which was established in 1954 as an Australian Antarctic research base, is located around 5,200 km southwest of Perth at the edge of the Antarctic plateau.

Research is focused around climate, meteorology, polar medicine, glaciology and the ecology of seabirds and marine mammals. There are job openings each year with six to 12-month contracts available.

It takes some thick skin to live south of the Antarctic circle, with lows of minus 35 degrees Celsius, months of 24-hour darkness followed by months of daylight, and last December, winds of 150kmph were recorded at Mawson. 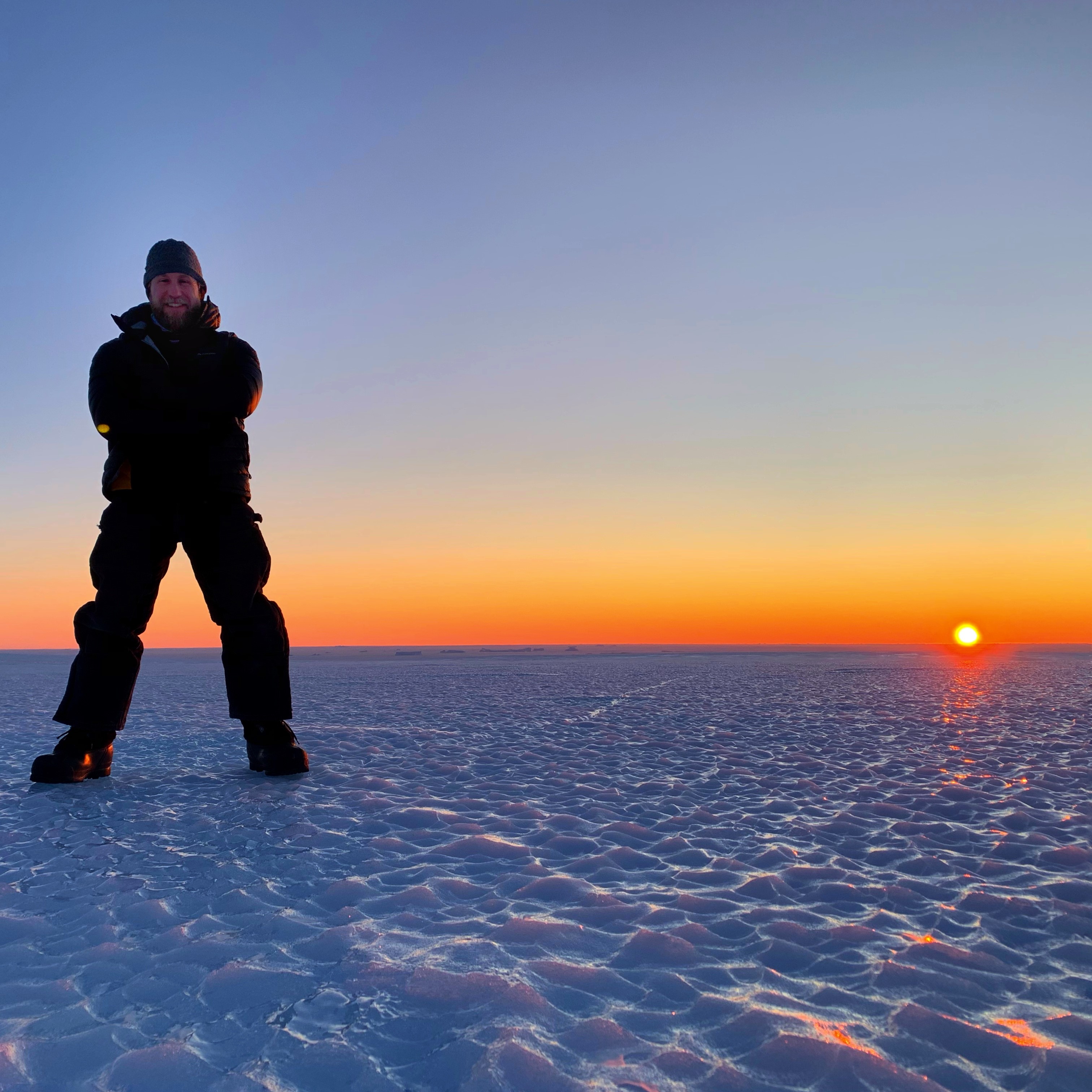 Williams arrived at the base before the pandemic had gripped the world but as the months rolled on, the extent of the situation became clear.

Covid-19 has not reached Mawson and life there has ‘carried on as normal’ but seeing the global disaster unfold from afar has been surreal.

The South African native tells Metro.co.uk: ‘While the pandemic isn’t being felt here in a physical sense, there have been implications and impacts.

‘We aren’t with those we love as they journey through the pandemic’s impacts – and an inability to help, craft approaches and emotionally support those we normally would in a crisis, has a toll. It is a difficult emotional ask.’

Williams and his team have been working with the Australian Antarctic Program to limit the risk of Covid-19 getting to the base.

This has meant there have been no small planes flying between the Australian research stations in Antarctica and sub Antarctica – there are four in total – and only boats are able to operate, providing they have undergone the necessary health and safety checks.

Traditionally, scientific staff also arrive for the summer months, but their postings were cut during 2020.

This meant the Mawson team had to carry out scientific work, which is something they ‘never anticipated, but the tasks were completed successfully’.

An icebreaker ship is scheduled to pick Williams and some of his team members up in late February and he is hoping to be back home with his husband by March.

His stint in Antarctica will be longer than he anticipated but he says that delays come with the territory and bad weather can also leave workers stranded for periods at the station.

Along with seeing family, the other things Williams is most looking forward to is the ‘prospect of fresh fruit and vegetables, trees, rain and the smell of wet earth, as there is no smell in this icy environment’.

But the prospect of getting back to a world blighted by Covid-19 fills Williams with less excitement.

He says: ‘I really do worry about culture shock this time around.

‘I have lived away a lot with my work. This has included three years in Afghanistan with NATO.

‘The things that normally impact me after time away include things like being able to choose things in restaurants again and in the supermarkets. Driving feels foreign as does the sound of traffic, pedestrians and smells seem stronger.

‘But I know Covid-19 will bring me completely different challenges, with having to wear a mask, live in isolation and maintaining social distance.

‘I imagine some things, like running to hug a long-missed friend, might not be as welcome as in the past, so I will have to keep this in mind.’

Once he has returned home, Williams plans to ‘sit still for a while’ and return to work in something he’s passionate about, while ‘keeping an eye out for adventure’.

After living in Antarctica for a year, he sums it up as ‘a magical, awe inspiring and harsh place’ with ‘resilient and incredibly diverse wildlife’.

He adds: ‘The colours and light here are just unreal. The landscape shimmers with colours you couldn’t even imagine – it is like every season and every new time of the day brings with it an entirely new world, even if using the same canvas.’

On the comfort side of things, Williams says Mawson station has been a great place to call home, although he jokes that he’s pretty easygoing – while he was based in Afghanistan he was happy living in a shipping container in the desert while a war was raging.

He describes Mawson as being blessed with ‘million dollar views out of every window’, with the main living block kitted out with ‘warm bedrooms, functioning bathrooms, a communal kitchen, dining room, a bar and a small cinema for watching shows together’.

Over the course of 12 months, his team members have becoming like a ‘loving family’ with the coronavirus situation bonding them in a different way.

Along with the sense of comradery, another highlight has been the ‘surprisingly delicious’ food with a talented chef whipping up a varied selection of meals.

Seafood laksa has been one of Williams’ favourite creations to date.

For those who are contemplating following in his footsteps to an Antarctic research base – there are 70 permanent research stations scattered across the continent of Antarctica – Matt says that some key characteristics really help when living in such a remote location.

He reveals: ‘Above all it’s important to be armed with resilience, patience and a calm demeanour.

‘Being comfortable in the uncomfortable, and avoiding conflict, are essential. I always say, you bring your happy with you – no matter where you call home.

‘So those with an innate sense of optimism and joy in simple pleasures thrive the best. Courtesy – the simple love of hello and goodbye – is another fundamental.’

When it comes to work, he also notes that no two days are the same and it’s good to get stuck into things, whatever the task might be.

During his time on Mawson, he has done everything from drilling sea ice to check it’s safe to move on to scanning microchips in penguin colonies to determine breeding numbers.

He’s also trundled across the frozen landscape in a vehicle that’s ‘cross between a jeep and a tank’ to explore different areas around the Mawson base and ‘hang out with Emperor penguins’.

On their days off the team love to go hiking or climbing in the nearby mountain ranges and there’s nothing like a polar plunge to enliven the senses.

William says that having the right clothing is another essential part of Antarctic life, with ‘some of the most difficult weather and terrain on the planet’.

He says the best thing he packed in his suitcase ‘was definitely my ear muffs’.

With that insight, he bids farewell to go about another day on his station in the middle of nowhere, with the countdown on to his return to a strange kind of new reality.

To learn more about the Australian Antarctic Program visit www.antarctica.gov.au