MARK ALMOND: Tyrannies are on the march as democracy flounders

MARK ALMOND: The military coup in Myanmar is not only another example of repression… it’s proof that tyrannies are on the march as democracy flounders

This week’s military coup in Myanmar is not just another episode of repression and regression in a remote Asian country that is now disappearing once more behind a bamboo curtain.

Terrifyingly, it is the latest symptom of a growing global trend away from democracy.

For decades, Myanmar’s most famous daughter, the steely Aung San Suu Kyi, was a world-wide symbol of how peaceful protest could undermine a deeply entrenched military dictatorship. 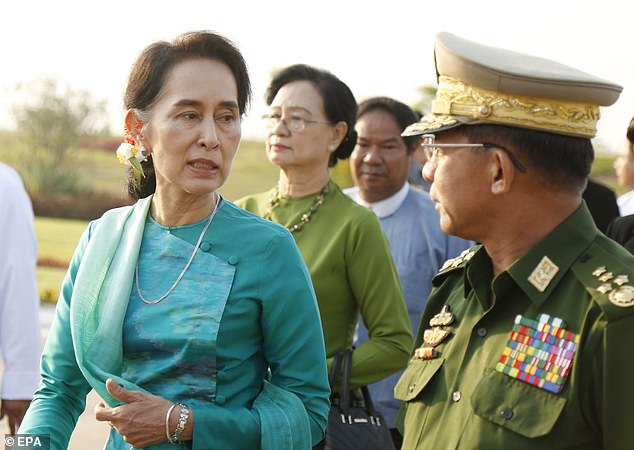 The Nobel Peace Prize winner, whose late husband was British historian Michael Aris, spent nearly 15 years in detention between 1989 and 2010, before leading her party, the National League for Democracy (NLD), to a landslide win in the country’s first fully democratic election in 2015.

Myanmar’s generals, under pressure from the US and the UK, seemed content to abide by the result – but they struck a behind the scenes deal whereby Aung could run the government but they would remain in charge of security and keep their privileges.

Within two years, the high price Aung had paid for her role as State Counsellor was clear to see when the military embarked on a murderous ethnic cleansing of Rohingya Muslims, claiming they were targeting ‘militants’. Her refusal to condemn or apologise for it appalled many of those who had been her greatest admirers. 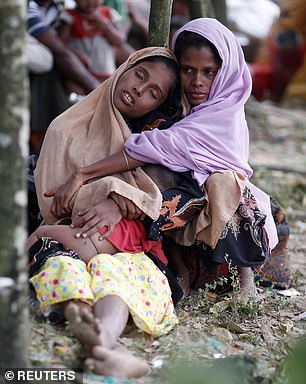 She even went to the World Court in the Hague as a defence witness for the army. Suddenly, her status as a heroine of human rights shrivelled before our eyes.

The generals were, of course, practised and cynical strategists. By drawing Aung into defending their crimes, they undercut her support abroad and left her government isolated.

Yet despite worldwide criticism of her actions, Aung, now 75, and the NLD remained popular within Myanmar and secured a majority in the November 2020 elections. This time the generals were less compliant, claiming widespread voter irregularities but failing to provide any evidence.

Aung has long played a cat-and-mouse game with the military but on Monday she was reminded that politics in Myanmar is a more sinister game of snakes and ladders.

On the very day that NLD members gathered in the capital to take their seats as the majority in parliament, she and they were taken into custody. Last night a curfew was imposed and troops were patrolling the streets. 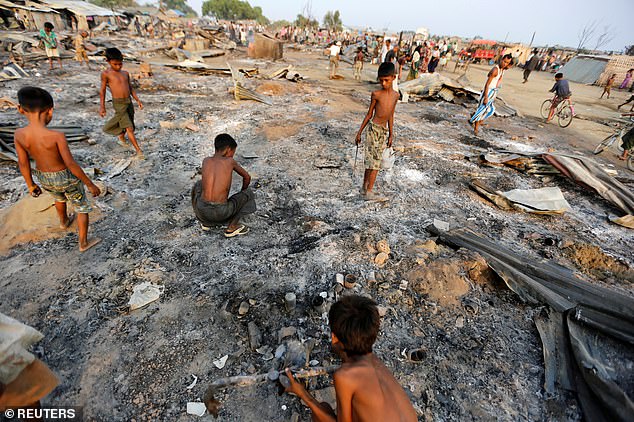 This time it is not just Aung’s own political career that the generals are trying to snuff out, which was their aim during the long years of her detention, but the democracy she brought to her country. If she has disappointed the hopes vested in her, it is the ordinary people of Myanmar who will suffer the consequences of her overthrow.

And who, apart from the military will benefit from the coup? It is undoubtedly Myanmar’s superpower neighbour China which increasingly plays the role of global guarantor of one-party states and military dictatorships, especially in Asia.

Myanmar’s other neighbours are split. Democratic India condemns the coup, but Thailand and Cambodia say it is ‘an internal affair’ – code for ‘carry on’.

That should come as no surprise. Thailand’s own ‘democracy’ is a sham, with its army picking election winners, while Cambodia’s longest serving prime minister is Hun Sen, a former commander in the brutal Khmer Rouge.

For the wider world, though, Myanmar’s coup is yet further evidence of democracy in retreat. While former US president Donald Trump never let human rights get in the way of a deal with other countries, Joe Biden’s team have talked about reviving the promotion of democracy around the world.

Now, less than two weeks after his inauguration, here is a flagrant challenge to the new President’s principles and the question: Can his White House roll back the tyrannical tide now washing around the world?

By Richard Sheers and Arthur Martin

Prime Minister Boris Johnson attacked the ‘unlawful imprisonment’ of the 75-year-old Nobel laureate and dozens of other civilian leaders who were detained in army raids.

As the former British colony was once again plunged into chaos, Mr Johnson said ‘the vote of the people must be respected and civilian leaders released’. 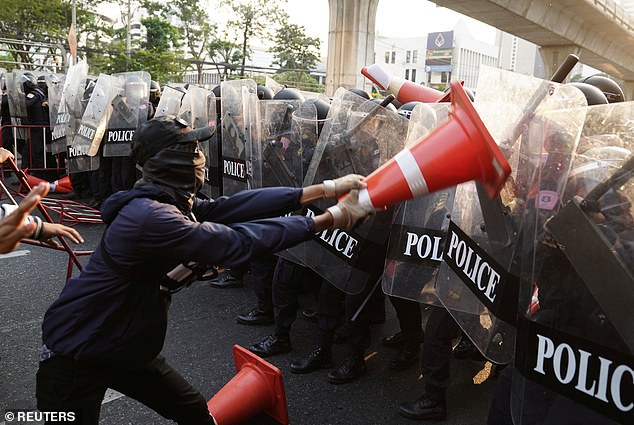 Protests: Clashes outside the Myanmar embassy in Thailand

The Government summoned Myanmar’s ambassador in London to demand the immediate release of all those detained, the Foreign Office said.

The UN said that at least 45 people had been detained ‘at this critical and frightening time’. The Security Council was due to hold an emergency meeting today.

In the US, President Joe Biden called on the country’s army to back down or face ‘appropriate action’.

He urged: ‘The international community should come together in one voice to press the military to immediately relinquish the power they have seized.’

The European Commission, Japan, Singapore, Malaysia, Indonesia and Australia joined in criticism of the coup.

In Thailand, riot police broke up protests outside the Myanmar embassy in Bangkok. The coup unfolded just hours before the opening day of the country’s new parliament under Miss Suu Kyi’s party, the National League for Democracy.

The military claims to have evidence of widespread fraud during November’s election when the NLD won 396 out of 476 seats. 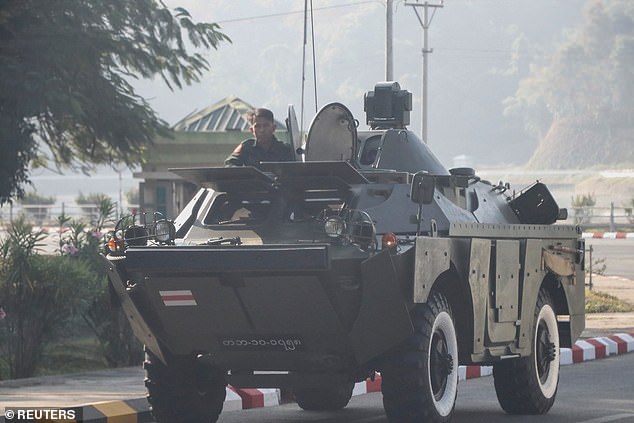 A statement on military TV, the only station allowed to broadcast, said authority had been given to army chief General Min Aung Hlaing and a one-year state of emergency had been declared. After that, the military claimed it would recognise the results of a new election.

It means the country of 54million, formerly called Burma, is once more isolated from a world it rejoined a decade ago when democratic elections put Miss Suu Kyi in charge, albeit with the military at her side.

In a statement written in anticipation of a coup, she warned that the armed forces would put the country ‘back under a dictatorship’. She said: ‘I urge people not to accept this… to protest.’

It is believed she is being held at the same property where she lived under house arrest for 15 years until 2010.

Citizens awoke yesterday to find telephone lines and internet signals cut and tanks and roadblocks in the capital, Naypyitaw.