Are YOU smarter than an eight-year-old? ‘Ridiculous’ maths problem intended for PRIMARY students leaves parents baffled – and no one can agree on an answer

Mumsnet users have been trying to solve a riddle that asks when different lighthouses will shine their lights at the same time and when they will be off at the same time.

The question is answered by working out the common multiples between the schedules of the lighthouses.

However, none of the parents could seem to agree on the correct answer – so can you work it out? 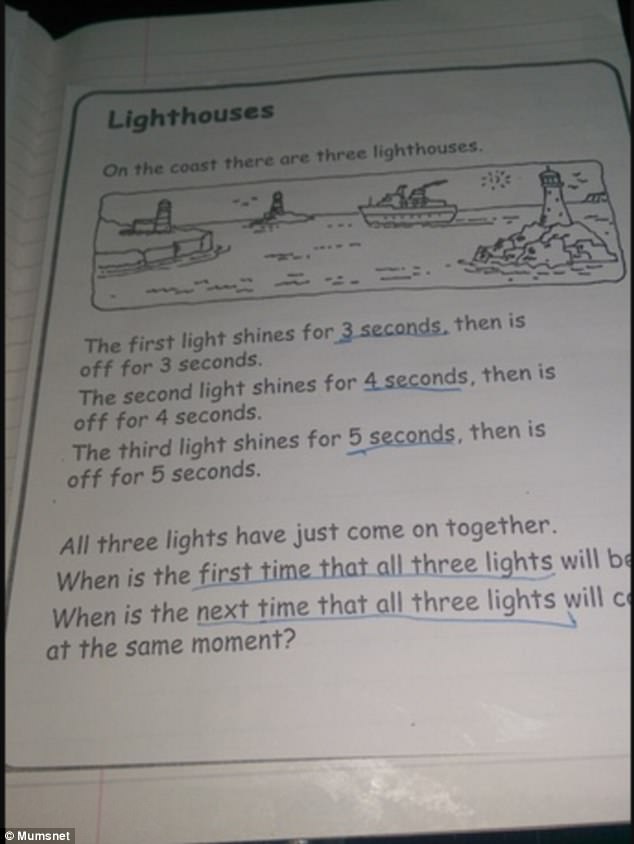 Mumsnet users have been left stumped by this maths question aimed at primary school age children – but can you solve it?

It was shared by LucysMam, who said she was struggling to help her daughter with her homework

The question has been branded ‘ridiculous’ by parents, who said it was too hard for year four students to work out.

The puzzle reads:  ‘On the coast there are three lighthouses.

‘When is the first time that all three of the lights will be off together?

‘When is the next time that all three lights will come on at exactly the same moment?’ 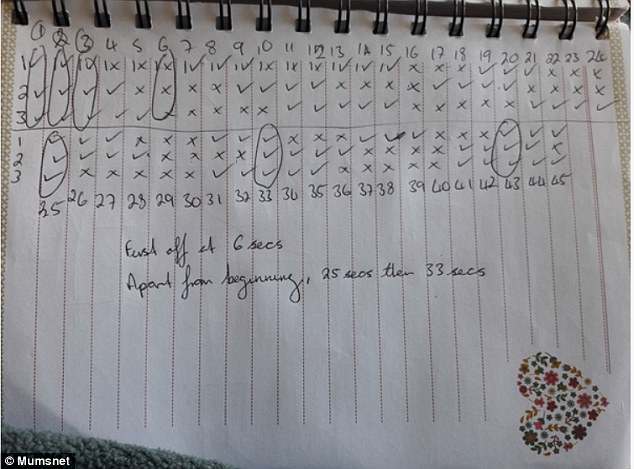 As the the first light comes on every 6 seconds, the second every 8, the third every 10 you have to work out the lowest number that can be divided by all those numbers for question two

The question was shared by a user called LucysMam, who asked other parents on the thread to help her with her daughter’s homework.

But the question left the message board divided, and users couldn’t agree on an answer.

Though the consensus said the solution was that the lights would be off together at six seconds, and they would come on together at 120 seconds. 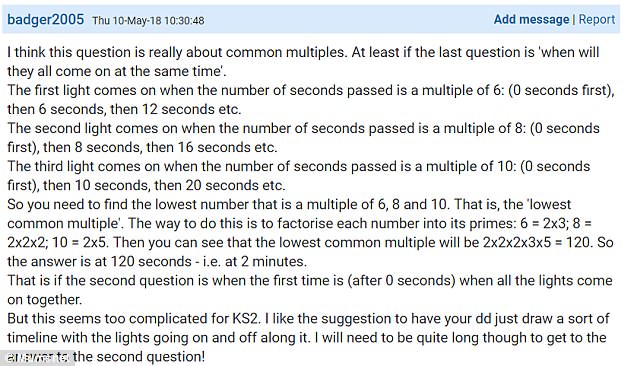 The problem was criticised by other users, who said it was much too difficult for primary school children 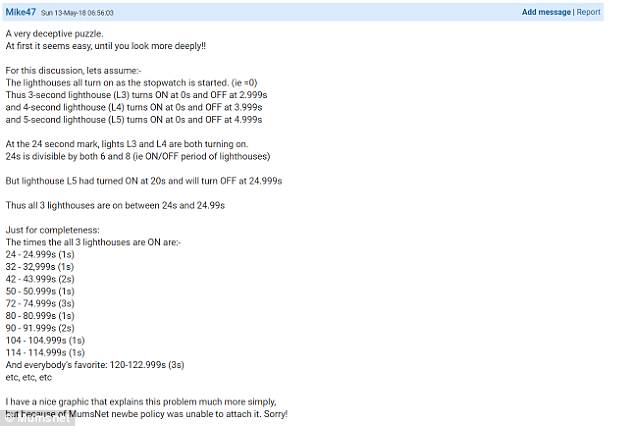 Others had different solutions, but they were shut down by other parents who said they were too complicated

As the the first light comes on every 6 seconds, the second every 8, the third every 10 you have to work out the lowest number that can be divided by all those numbers – and the answer for the second question is 120.

The question left many parents baffled as they couldn’t even begin to work out what the answer was.

One said: ‘That is a ridiculous question and I”m only here to learn something.’

‘Bleurgh my dd is also in ks2 and sometimes I just googled the homework lol,’ another said.

A third said: ‘You ladies are confusing me.’