Mayor and community elder to appear at IBAC hearings

The mayor of a council in Melbourne’s north-east and a respected community elder will be questioned at public anti-corruption commission hearings this week as part of a major Labor Party branch stacking investigation.

Banyule Mayor Rick Garotti – who quit the party earlier this year after being referred to the party’s internal disputes tribunal for alleged branch stacking activities – will be the fourth witness to appear before the Independent Broad-based Anti-corruption Commission, which is investigating the misuse of taxpayer-funded staff and grants for factional activities. 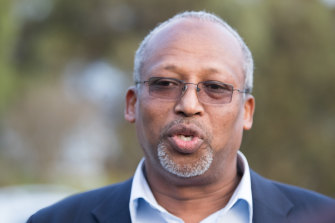 Hussein Haraco will give evidence at IBAC this week. Credit:Jason South

Cr Garotti was secretary for the ALP’s Heidelberg branch, which was at the centre of a 2018 ABC probe that uncovered allegations of branch stacking.

The ABC reported Heidelberg was the biggest Labor Party branch in Victoria, with a membership list that ballooned from 13 to 325. It’s also reported at least 24 members did not live where records said they had, and a further 19 were registered at an address linked to a respected Somali-Australian community leader, Dr Hussein Haraco.

Both Cr Garotti and Dr Haraco are from Adem Somyurek’s Moderate Labor faction that the IBAC investigation centres around.

Following an Age and 60 Minutes investigation that exposed the industrial-scale branch stacking operation, the Labor Party suspended the voting rights of the Victorian branch of the ALP and appointed party elders Steve Bracks and Jenny Macklin as party administrators.

They conducted an audit of members that led to the expulsion of more than 1800 members – more than 10 per cent of its Victorian membership – in one of the most significant branch stacking purges in recent history.

As many as a third of the more than 300 branch members in Heidelberg were expelled as part of the clean-up, according to the ABC.

While branch-stacking is in breach of Labor Party rules, it is not illegal and would not normally be subject to an IBAC investigation. The commission is exploring whether public funds were used for factional purposes.