Apparently even Prince Harry sometimes has enough of listening to Meghan Markle.

A spy who sat opposite the pair during a double date Wednesday night in New York City exclusively told Page Six that Markle barely stopped speaking to take a breath, while Harry’s attention seemed to drift away from his wife’s musings — to the point where he eventually ended up fiddling with his phone.

The spy told us that they noticed Markle did “most of the talking” at the table at the legendary Bemelmans Bar inside the swanky Carlyle hotel.

While the source tried to turn their attention back to their own drinks and conversation, they occasionally looked across and were surprised to find “she’s still talking.”

In fact, the spy recalled asking their date, “Why is she talking so much?”

Harry, on the other hand, had “very few responses,” per the source’s recollection.

“Harry got bored and started looking at his phone. Then he got back in the conversation, and then he lost it again and went back to his phone.”

Our spy left after an hour but said Markle nearly talked the whole time they were there.

“She was excited about something,” the source said. “She talked with her hands a lot.”

The pair were out with a couple described as a “blonde and a tall guy,” believed to be the “Suits” alum’s BFF Misha Nonoo and the designer’s 6-foot-1 husband, Mikey Hess. 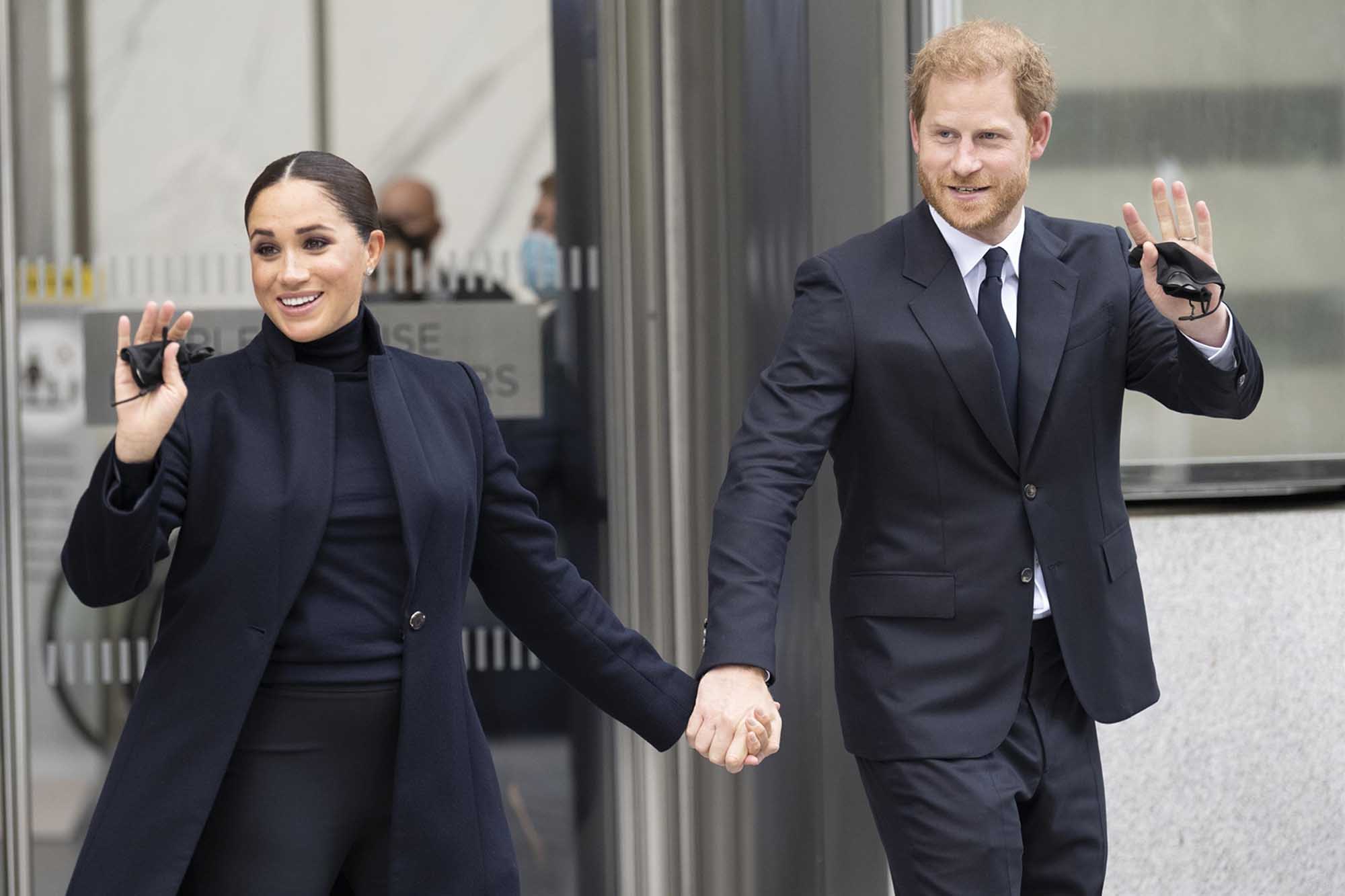 Meanwhile, the source said the Duke and Duchess of Sussex’s two security guards, who sat at a separate table, were busy keeping an eye out for fellow guests at the Upper East Side haunt who might be so bold as to snap a picture of the former senior royals.

“If people tried to take a picture, they would approach them and say, ‘Please don’t,’” the spy said.

Apparently three separate groups tried their luck at getting photos but were foiled each time.

We’re told Harry ate sliders and had some kind of mixed drink.

As Page Six previously reported, Harry, 37, and Markle, 41, are staying at the Carlyle, which was famously his late mother Princess Diana’s favorite spot in Manhattan.

Sources told us that the couple — who didn’t bring 2-year-old son Archie or 3-month-old daughter Lilibet on the trip — are not staying in the $8,000-a-night Royal Suite.

They’re in town for an appearance at Global Citizen Live in Central Park Saturday.