The Sussex squad leaves the Hague! Meghan Markle’s trusted make-up artist Daniel Martin thanks the Duke and Duchess for ‘allowing him to join them’ on ‘the experience of a lifetime’

Meghan Markle’s make-up artist has thanked the Duke and Duchess of Sussex after joining the couple in The Hague.

Daniel Martin, who won high praise for creating Meghan’s natural make-up look at her 2018 wedding, revealed he has left the Invictus Games in an Instagram post yesterday.

The Seattle-born make-up artist has long been friends with Meghan after meeting while she was filming Suits in Toronto in 2011.

Posting yesterday, he wrote: ‘To witness what Prince Harry created for so many who have served around the world has been a humbling, and remarkable experience I will never forget. 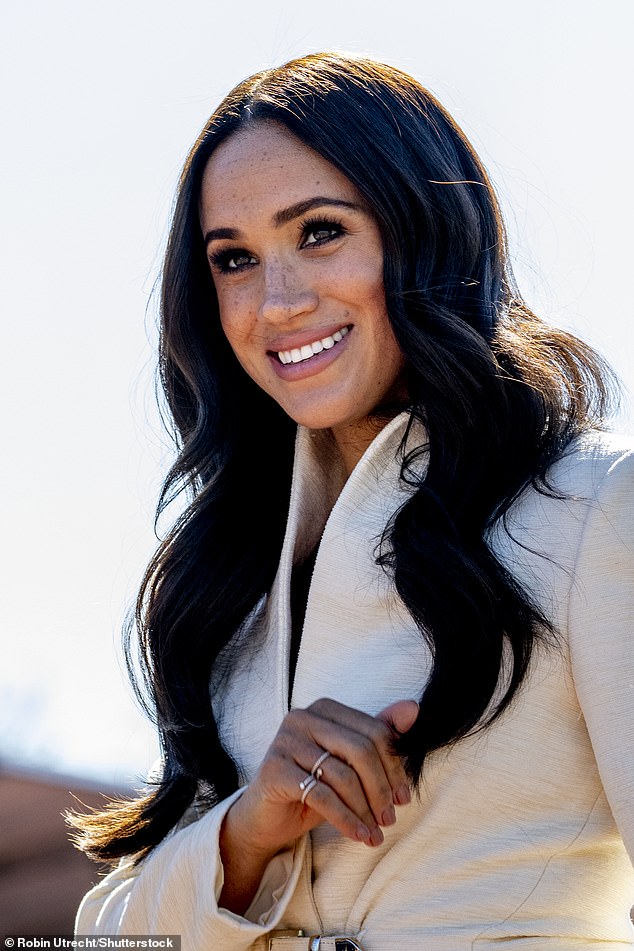 Meghan Markle’s make-up artist and close friend Daniel Martin has thanked the Duke and Duchess of Sussex after joining the couple in The Hague at the Invictus Games (pictured, Meghan Markle)

‘Thank you Harry and Meghan for allowing me to join you on this experience of a lifetime.’

Alongside an image of his pass for the games, he wrote: ‘My father is a veteran, my brother a veteran and my best friend also a veteran.’

Speaking previously about their friendship, Daniel revealed that Meghan  didn’t have a publicist, so  she personally reached out to Daniel’s agent at The Wall Group when she was in need of a make-up artist.

He said they both had an ‘instant connection.’ 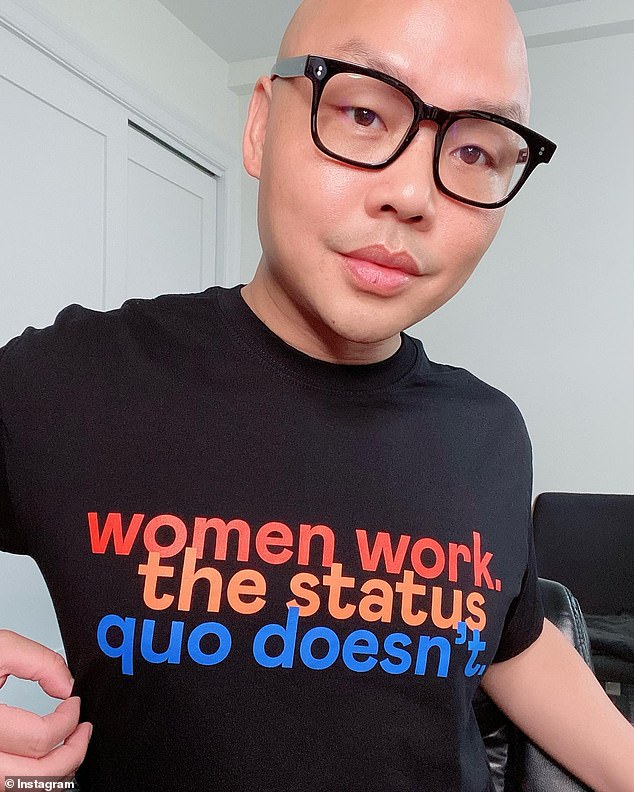 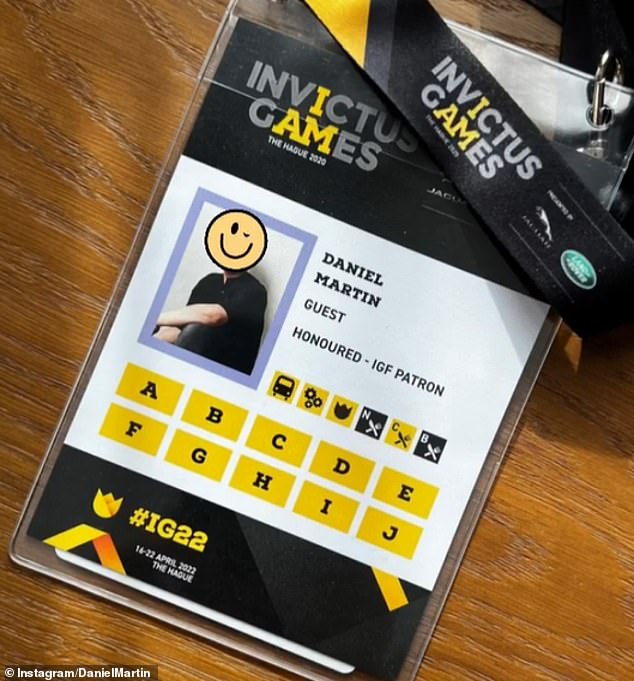 The makeup artist posted a snapshot of his pass for the event, calling it a ‘humbling, and remarkable experience’

‘I knew what she wanted—it was one of those things where, she looked at herself in the mirror and was like, “Oh my God, this is what I always wanted, but I didn’t know how to get there,” he told d beauty website Into The Gloss

The pair then kept in touch and while working on her former blog The Tig, Meghan asked Daniel to give her a helping hand.

Daniel has not been shy talking to the press about his royal connection. In December he told People magazine that Harry and Meghan are ‘loving life’ as a family-of-four, at their $14m mansion in Montecito.

‘It’s about finding that work-life balance now. They’re experiencing it themselves,’ Daniel said. 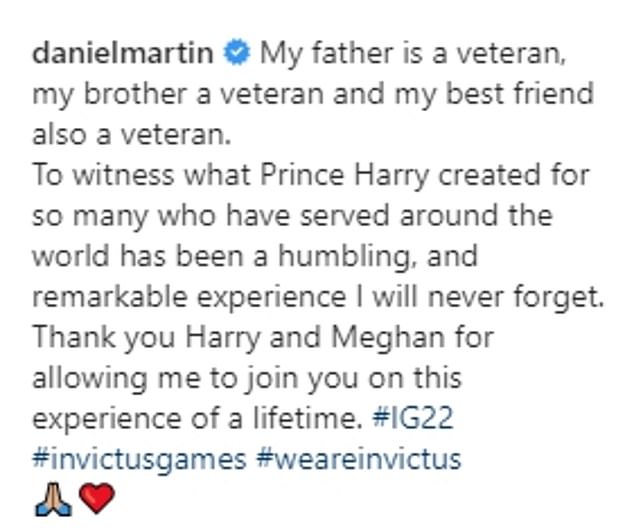 In the post online, Daniel said the games had been an ‘experience of a lifetime’ as he thanked the couple, casually calling them ‘Harry and Meghan’

But despite the challenge of finding a work-life balance, Daniel described the pair as ‘funny’ as ever as he did Meghan’s make-up for the gala at the Intrepid Museum in November.

Admitting that meeting them in Big Apple was ‘so much fun’ and felt ‘like the gang was back together, Daniel said: ‘Harry jokes around a lot, and Meghan is really funny. It was nice to have those belly laughs again!’

‘They are loving life as a family of four. ‘They’ve struck a rhythm as a foursome.’

His latest comments come as Meghan returned to the US to be reunited with her children Archie, three- and ten-month old Lili. 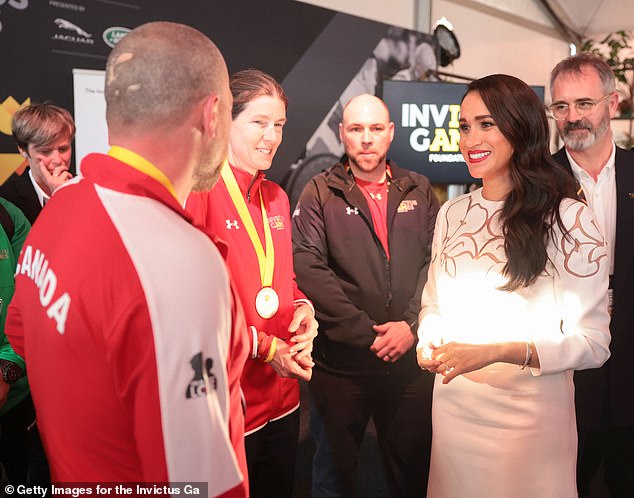 His latest comments come as Meghan returned to the US to be reunited with her children Archie, three- and ten-month old Lili

The former actress confessed to a military vet that she was missing the two youngsters having been apart from them for the longest time since they were born.

Aides said it was always Meghan’s intention to stay for ‘a few days’ at the games before flying home. Harry stays until the closing ceremony on Friday,

The Prince does not have any events at the Invictus Games that media are allowed to access on Monday.

One source said he was likely to be filming for Netflix who are making a documentary about the games as part of the £100m deal with the streaming giant.

He is also said to be considering doing interviews for US TV stations that have flown over the cover the event.